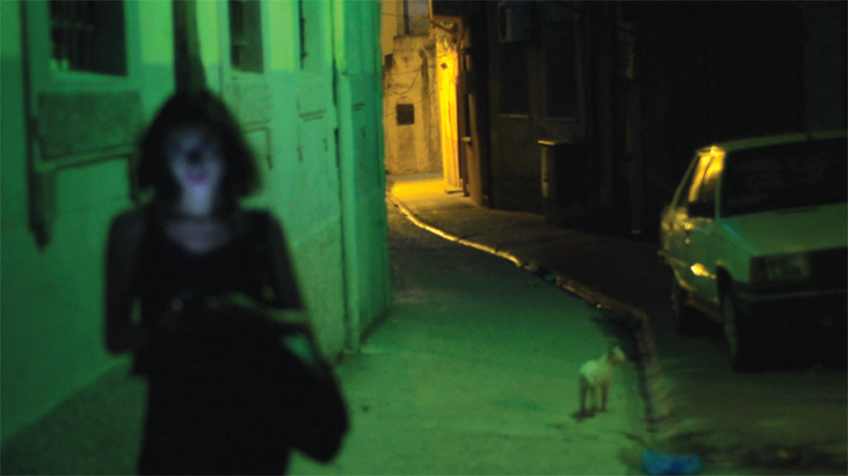 Sandra Bagaria, a French woman living in Montreal gets involved in an online relationship with Amina Abdallah Arraf al Omari who runs a blog ’A Gay Girl in Damascus’. They’ve never met but fall in wildly love with each other through online chatting, exchanging e-mails and sexting. This romantic and intriguing couple labeled ‘Syrian revolution and Lesbian romance conjoined’ and supported by lesbian communities, however, encounters a crisis when Sandra gets lost contact with Amina and is told of her arrest. Sandra begins a tireless campaign to secure Amina’s release but there arise a doubt about Amina’s existence from some media. The romance turns into a mystery detective story and finally Amina is a fictional figure who was created, in fact, by the online persona of a straight, middleaged white man, Tom MacMaster. The documentary The Amina Profile employs a detective-mystery movie style with interviews and the parts reenacted with actors to deliver better this fiction-like real story, which reminds us another film about a swindler, The Imposter. This documentary poses critical questions: what’s the personal identity in the digital information era? In online world, can we adopt our ethnicity, gender, sexual orientation, job just like we do when doing RPG game? How reliable the information we get online is? What specific damage MacMaster cheating online caused to Sandra and Syrian activists? In this ’attention economy’ era, how the keywords ’Syrian revolution” and ’lesbian’ are consumed and exploited to be paid attention? (CHO Hye-young)