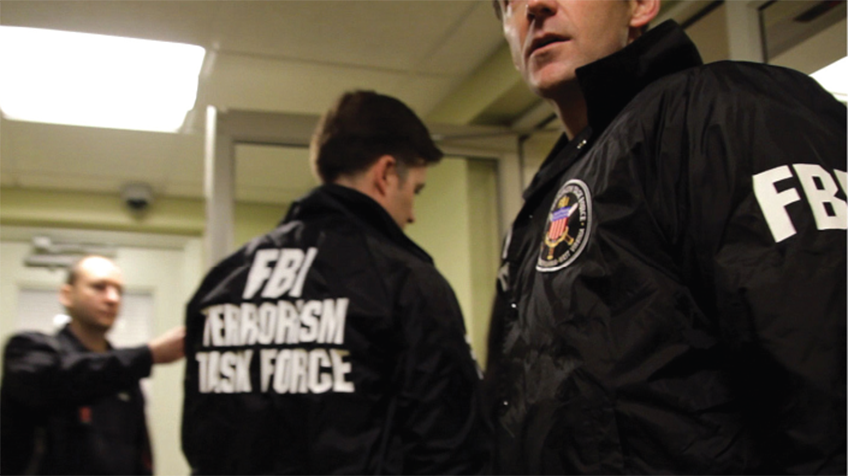 I have an extremely personal connection to (T)ERROR, as I have known the main character, “Shariff,“ for over a decade. Outside of law enforcement personnel, I am one of few people who have maintained contact with Shariff over the span of several FBI counterterrorism assignments. Starting in 2003, while I was a young journalism student, Shariff was my neighbor. We lived in a 3-story Harlem brownstone and, for several years, we engaged in diurnal conversations about current events, politics, and his former involvement with the Black Panther Party for Self Defense. Later, court records revealed that his garden apartment was an FBI “safe house,” wired with audio and video surveillance, to record interactions between Shariff and Tarik Shah, a suspected terrorist. Shah, who I met on several occasions, was arrested on May 28, 2005 and, within days, the FBI swiftly relocated Shariff to South Carolina. On the morning that he fled New York City, Shariff called me and, speaking frantically, made a cryptic request. “I’m going to be living in South Carolina for a minute, laying low. But if anybody asks about me, don’t give them any information and try to find out who they are.“I pressed Shariff for more details, wondering what had motivated his relocation. “Come see me soon. I have a lot to tell you.“ In the summer of 2007, I traveled to South Carolina where Shariff disclosed that he had been working as an FBI terrorist informant since 1991. I was appalled by the revelation, and yet attracted to the tremendous potential of his narrative. Seemingly, Shariff is not a protagonist but an anti-hero, whom many viewers may even consider a villain. Initially, I questioned his motivations and whether I, as a filmmaker, should even document his story. I left South Carolina, feeling a mixture of revulsion and excitement. And for the next ten years, I would call Shariff once a month, just to ask him how he is, and where he is... (Lyric CABRAL)