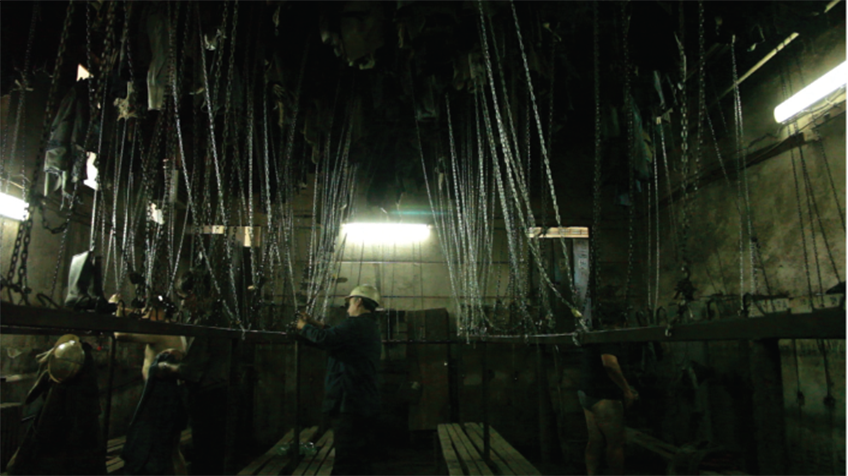 In the Dark is the first feature documentary by a young filmmaker who has recently graduated from a film school. The Serbian-born director Goran STANKOVICˇ’s filmography includes some short films he previously worked on as part of his university and gradute studies. Nonetheless, this documentary presents such a calm and vivid portrayal of the inevitable anxiety prevalent among today’s youths about what the future may bring, as well as their deep dissatisfaction with the present. In the Dark is set in a small mining town in Southern Serbia. A young coal miner, Davor, resignedly goes to work in the coal mine, while looking forward to leaving his hometown one day like his brothers. His father, Damir, has worked as a coal miner since the days of Yugoslavia, where miners used to be a highly respected profession. The two men represent the changes sweeping across Southeast Europe through generations. Damir recounts the gas explosion in the pit he experienced as a young man, and Davor grieves the loss of his colleagues in an accident. They face such harsh working conditions. The father’s generation endured the woe of labor by sanctifying labor for the purpose of building the Federation of Yugoslavia, a socialist country that no longer exists on the map. However, for Davor, a young man struggling to make a living in Serbia, one of the poorest countries in Europe with youth unemployment rate of nearly 50%, working as a coal miner is a choice necessary for making ends meet. The young filmmaker’s camera clearly conveys scenes both in and out of the pit – which could disappear one day – so beautifully that the film almost appears surreal. The film’s perspective seems to reflect the gradual disappearance of the beauty and value of human labor, stuck between the waning socialism of the father’s generation and the glittering capitalism of the upcoming generation. (HEO Wook)