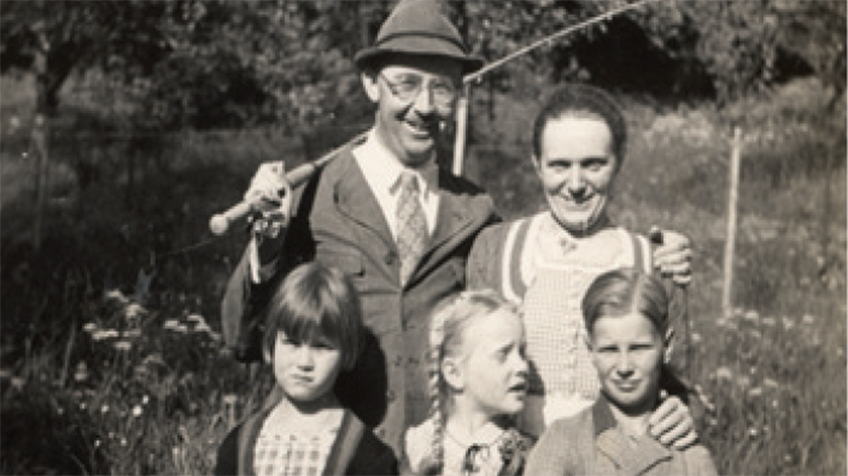 The Decent One attempts to expose a previously unseen perspective on an often approached subject. The film juxtaposes personal writings and photographs from the private lives of one of the highest-ranking Nazis and his family with the reality of the time, which Himmler himself relentlessly shaped in the background. The audience is thus granted personal access to the mind of the private man Heinrich Himmler and to the experiences, ideas, and emotions that turned him into the merciless “Architect of the Holocaust”. Since the film is told from the prism of Himmler and his family – first his parents and brothers, later his wife, daughter and lover – the audience experience the world during WWI and in the Weimar Republic from an average German middle class perspective, and later on from the privileged vantage point of a high ranking Nazi family. In this film, Himmler’s subjective perceptions of the outside world and his personal involvement with political and societal developments are what drives and shapes the viewer’s cinematic experience and reveals how cruelty and evil can grow out of apparent normalcy. The audience is left with the discomfort of struggling in between the two poles of emotional closeness to the characters’ very personal writings and the appalling deeds committed on their orders. With a dramatic script based on carefully selected pieces of true personal history and 6 political reality, brought to life by exclusively using actors’ off voices and archival footage, The Decent One mixes documentary and fiction conventions to create a new post-documentary form. This allows the viewer to “think with” and “feel with” the film instead of simply consuming it. It strives to uncover the deepest psycho-cultural reality of the most atrocious cruelty. The fiction is as real as the horror it constructively comes to document. (Vanessa Lapa)