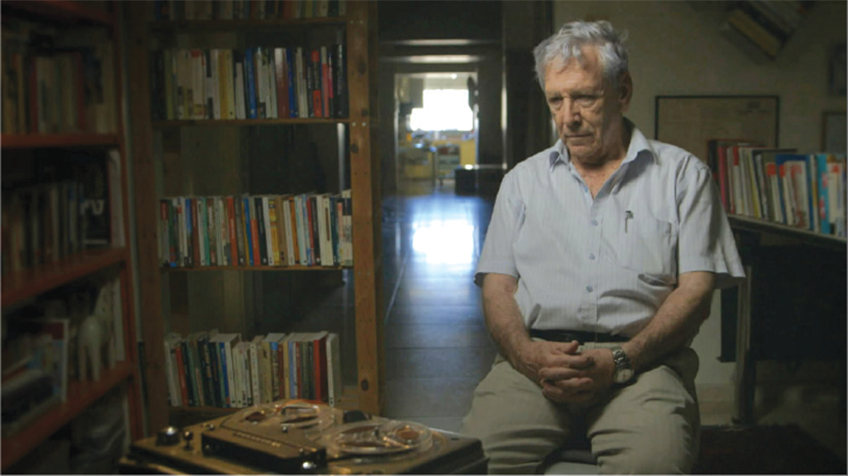 “The Jews are not cut out to be heroes or soldiers. They are merely tailors, lawyers, doctors or cowards... As the sun rose again, we could see the crimson sunrise above the sand dunes. But the tanks started sinking into the desert and quickly vanished. We prided ourselves as the conquerors of the desert, and at that moment felt sort of amused”. These lines have been taken from a conversation with a solider from Kibbutz Yisre’el. Immediately after the end of the Six-Day War that took place between Israel and its Arab neighbors in 1967, Amos OZ and Avaraham SHAPIRO recorded on audio tapes testimonies of some kibbutz members from across the country. This historical record has been made available to the public after 45 years, thereby revealing a tragic self-portrait of the Six-Day War. The voices that have so far been wandering in time and space are resurrected as images. The film examines the dilemma inherent in the kibbutz principle of moral and voluntary joint ownership, which paved the way for the restoration of Israel. Above all, the film develops a syntax of juxtaposition between sound and images through its structural and sensual displays of power – as seen in the narration by recorded voices. The naked images intrinsic to the images of a war always emanate cinematic traces i.e. the similarity among images. The fragments of voices played on Nagra recorders alongside such historical footages, together with silence and delicate tremors in looks and faces, make everything, including eyes and voices that falter and float around the edges of the images, add to the film’s impact as a whole. (JEON Sung-kwon)