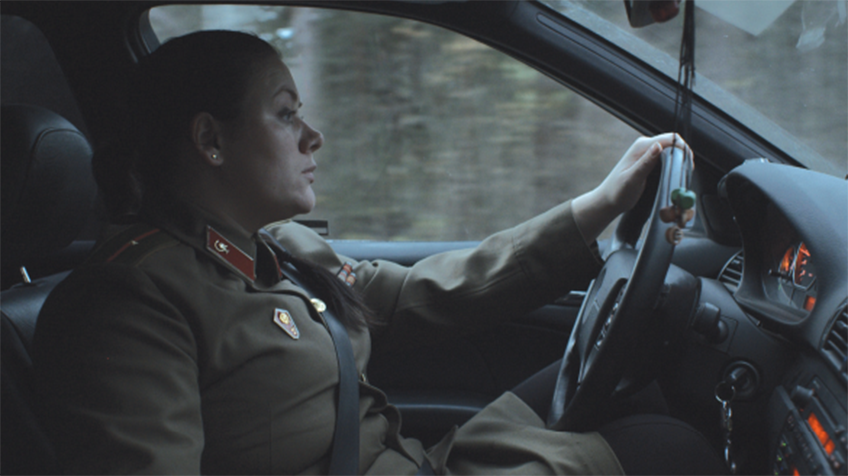 Battles is an essay film that finds out traces of war in four regions of Europe, asks questions about the meaning of these traces, and contemplates them. It adopted a very interesting way that makes the film reveal the power of deep reflection only with a patient stare and an elaborate composition, without a single word (including subtitles or narration). Traces of war are not left only with physical forms, like in ‘a bomb (chapter 1)’ and ‘a bunker (chapter 3)’ but are also deeply rooted with a kind of cultural and customary form, like in ‘The War Experience Camp (chapter 2)’ and ‘The Victory Celebration and Balloon Tank (chapter 4).’ The former ones can be removed (bombs can be discovered and removed and a bunker can be transformed into a stable), but the latter ones can tenaciously survive in the form of a private entertainment or game, or of a public memorial event. In other words, they are not just traces of a past war but may be the seed or sign of a future war. Showing the two forms of traces of war in turn, Battles intensifies the questions over them. Finding out the real problematic traces of war in the culture and custom of everyday life, and posing a question over them, are the depth of reflection and cinematic achievement that we find in the film. (BYUN Sung-chan)