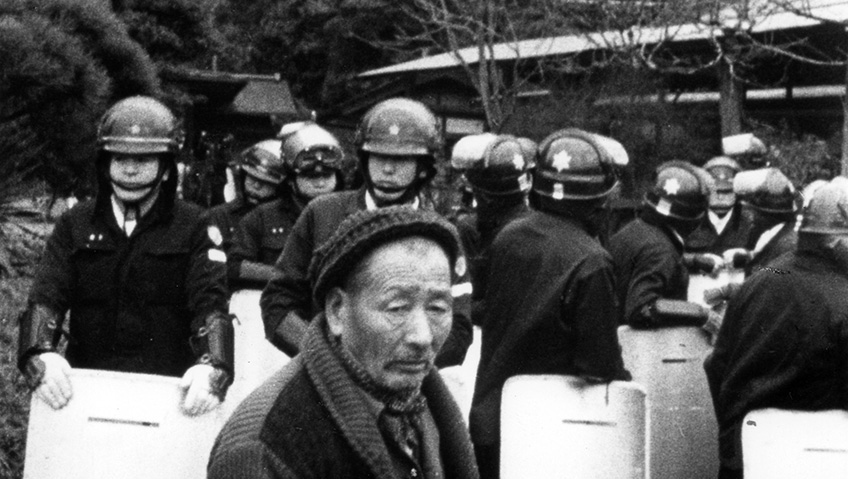 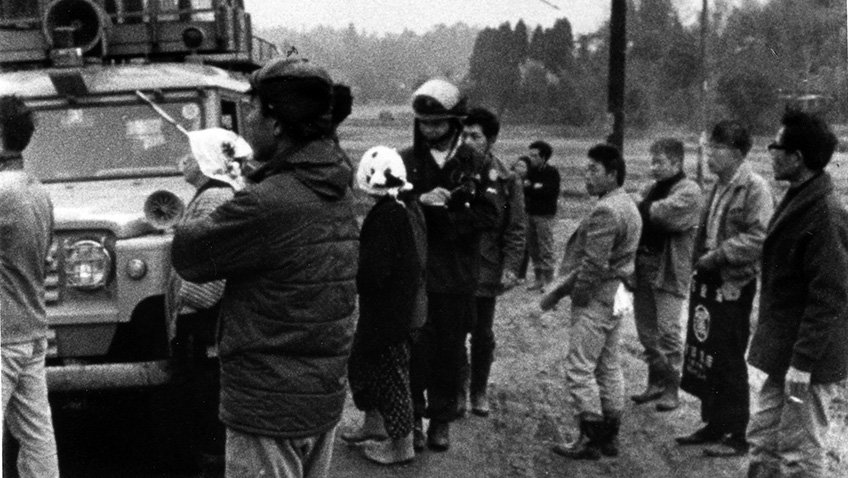 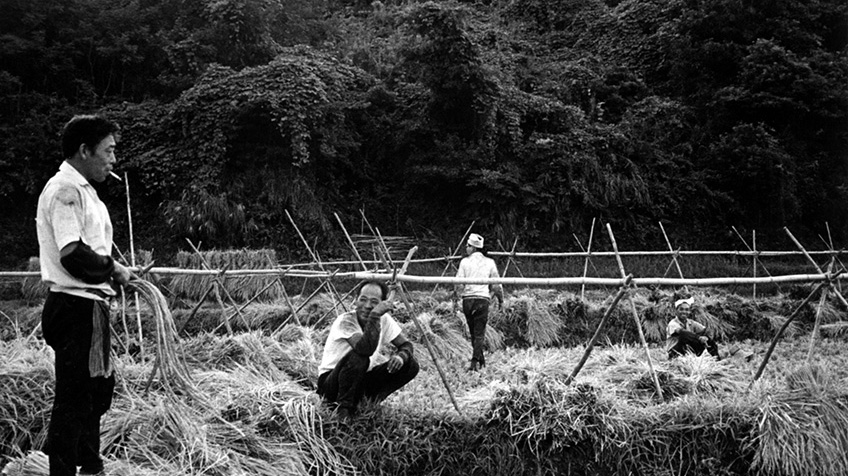 The sixth installment of the Narita Series. The prolonged struggles went on for the sixth year. The struggles had become part of protestor’s daily lives. Many protestors were arrested and in Heta village, where Ogawa Productions installed their base, a young famer had committed suicide. This film marks the transition of Ogawa’s style and subject matter: instead of following political events, Ogawa concentrated more and more on the life of the protestors as an inheritance from the past, the present as a vestige of history.

In this sixth film of the 7-part series, the village is the main character. Unlike the other films that began with a scene of clashing with the riot police, it begins with in introduction by a village elder of the history of the ’Heta’ village. The absence of fierce fight scenes continues to the end and instead portrays the lives of the villagers in relation to death in a composed manner. While the other films dealt with daily life within the struggle, this one seems to illustrate the struggles within daily life.

There are several types of death in this film; those that lie beneath the cemetery taken over by the airport authority, the three who died during the second administrative execution process in September, 1971, and one young villager’s suicide in the whirlwind of arrests of village youth following the death of a riot police officer. The scenes where death is discussed are heavy and even the women who were cheerful at the site of fights talk less.

At the same time, Ogawa Shinsuke shows how women take on a core role in the conduct of life in the village. The Sanrizuka struggle was also a process of rediscovering and reinventing the traditions that consolidated the village with women being the actuators. The sight of a woman carving a penis out of radish demonstrates symbolically that the village order which appears to be male-oriented is actually built by women.

Beginning with a tale told by a grandfather and ending with women chanting Buddhist scripture, this film makes us think about the meaning of a village community.​