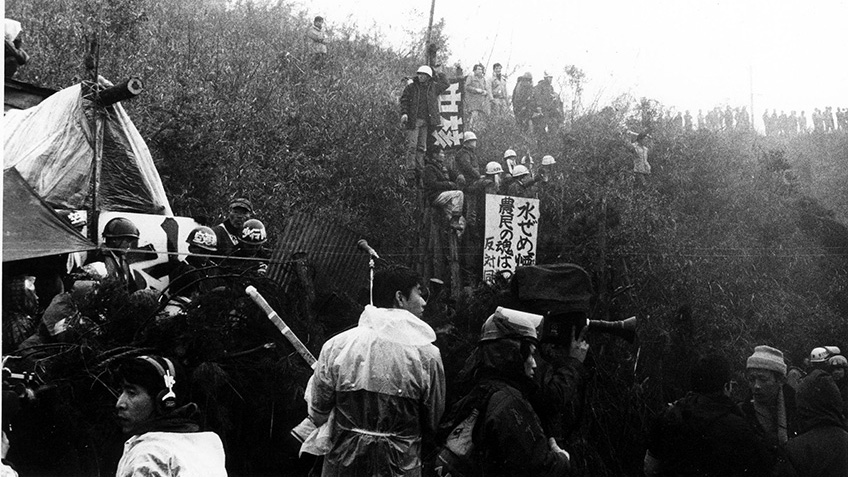 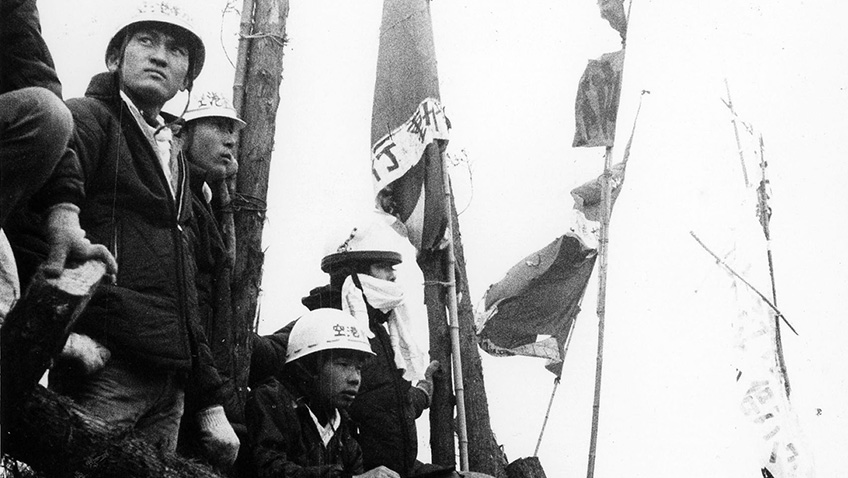 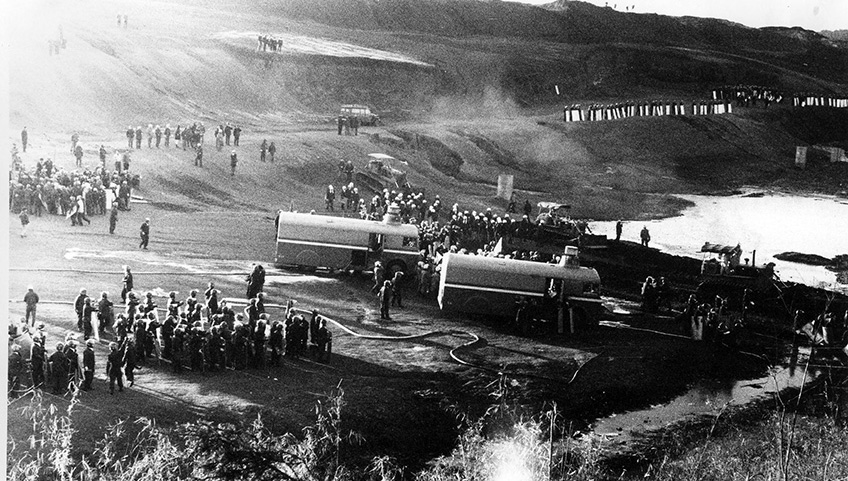 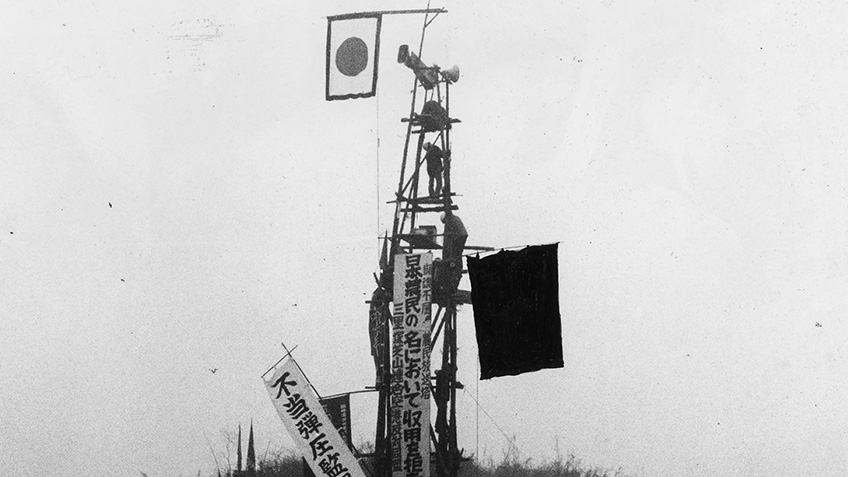 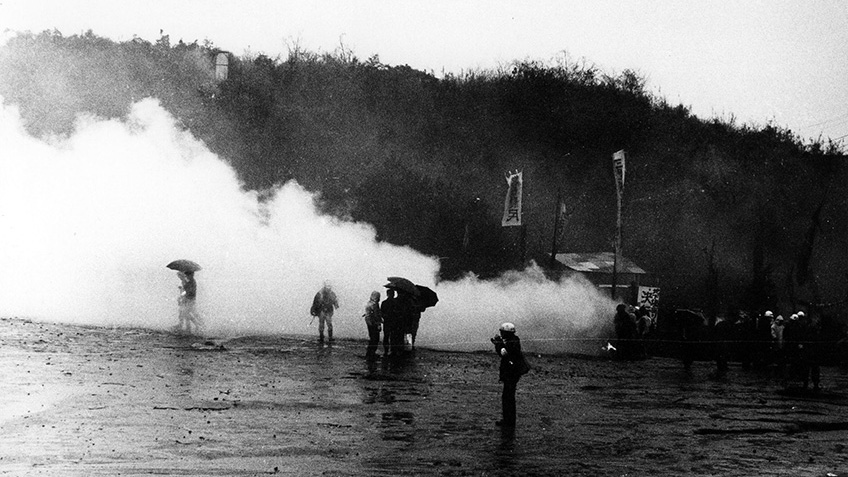 Narita: Peasants of the Second Fortress

The fourth installment of the Narita Series, made during the third year of the Sanrizuka farmers’ struggles against the authorities over the Narita Airport Project. At that time, the prefectural and airport authorities began using bulldozers and riot police to clear and destroy the farmer’s barricades and ‘fortresses’. The women of the villages chained themselves to the barricades

and one another, and taunted the government forced, yelling “Here we are, hog-tied—why don’t you kill us with our land?”

This is the fourth of the 7-part Sanrizuka series by director OGAWA Shinsuke and it documents ‘discussion’. It was filmed in 1971, which was the fifth year into the Sanrizuka farmers’ protest against the construction of the airport and protect their land and also the year when the first large scale administrative execution of expropriation of land took place. This, of course, meant the fierce clashes with the riot police that resembled war scenes were documented, but the strongest point of this movie is in the way it portrays the lively discussion among the male and female farmers of various generations preparing to fight on what direction to take and how to fight.

While Summer in Narita, the first of the 7-part series produced in 1968, features the younger generation getting frustrated with the older generation who want to depend on college students that have come to support them and claiming they should arm themselves and take charge, this movie shows us how all the farmers think and act like the active protagonists of the fight. The women who, at times, actually seem to have a good time are impressive. What they demonstrate when they argue that they should fight in person instead of using bamboo spears like the old men insist is that being armed cannot be converted into an issue of weapons. The Sanrizuka struggle of opposing the construction of the airport in itself is not one of active content. However, 5 years of evolving produced a new community, or even a new world. I want to think about that new world which is not visible to the naked eye as I relish the exhilaration of the last scene.​