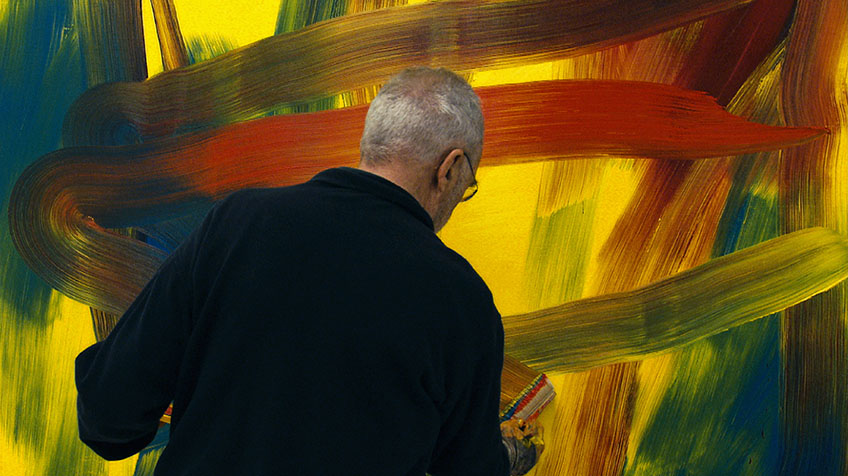 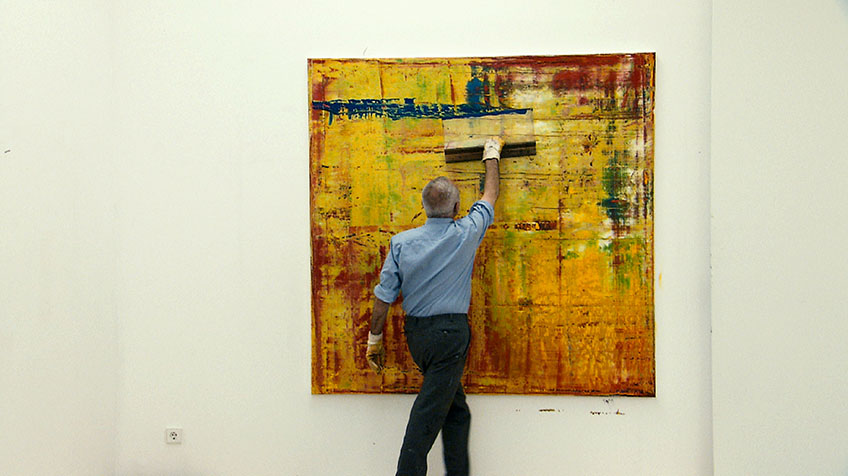 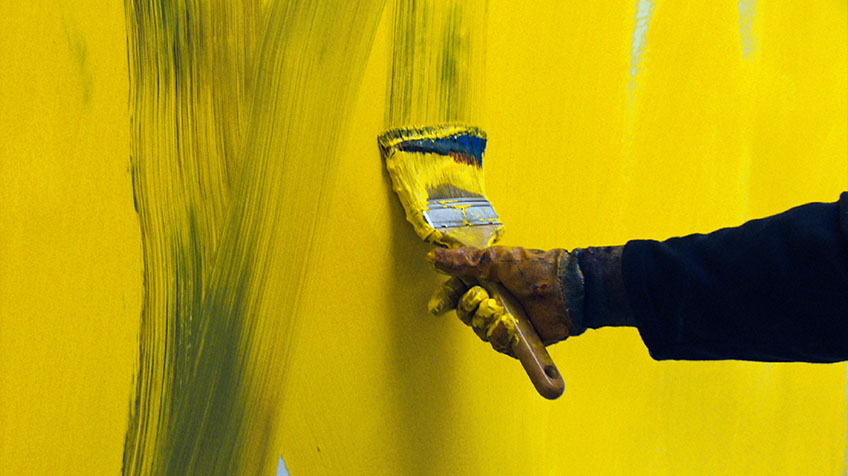 For almost five decades Gerhard Richter has been one of the world’s most significant artists. The media-shy painter granted filmmaker Corinna Belz access to his studio where he was working on a series of large abstract paintings over six months in the summer of 2009. Gerhard Richter Painting gives us rare insights into the making of these paintings and the work of the artist. A penetrating portrait of an artist at work—and a fascinating film about the art of seeing.

Gerhard Richter-Painting is one of the most widely loved movies in the rapidly changed mood of the modern art world following the financial crisis of 2008. Since modern art itself is not a popular subject for the general public, documentaries about it also don't get much attention, but Gerhard Richter-Painting received a moderately favorable response by not over-reaching and instead focusing on the work process of an artist.

The director's examination of the calm studio of a master and the work process, which is in contrast with the seemingly glamorous facade of modern art, is sublime in its own way. Several artists express disdain at the editing for its rather exaggerated effects, but art enthusiasts were in wonder the whole time they were watching it.

Considered one of the most important living figures in modern art today, Gerhard Richter was born in Dresden, northern Germany and received art education concentrated on socialist realism in postwar German Democratic Republic(East Germany). Intrigued by new, abstract art by Jackson Pollack, Willem de Kooning, Sam Francis and Lucio Fontana, he took off for the Federal Republic of Germany(West Germany) on his way back from a trip to Russia in 1961.

But this movie focus on the series of abstract paintings that began in the 1980s. The main goal was to produce abstract paintings that became an analogy of the essence of painting by applying layers of paint over the canvas and then using a squeegee. The editing method of sometimes going from recent works to earlier works appears to have a significantly estranged effect but is overly cinematic. That is the reason why this documentary works yet doesn't. [Im Geun-jun a.k.a Lee Jeong-woo]​