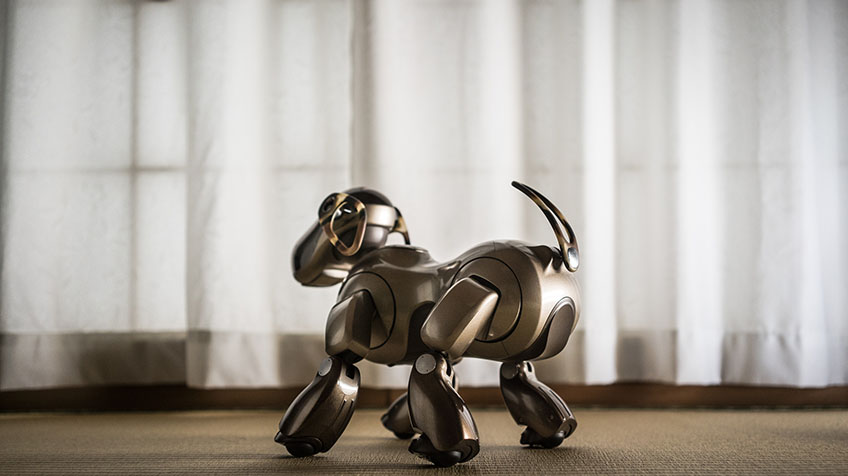 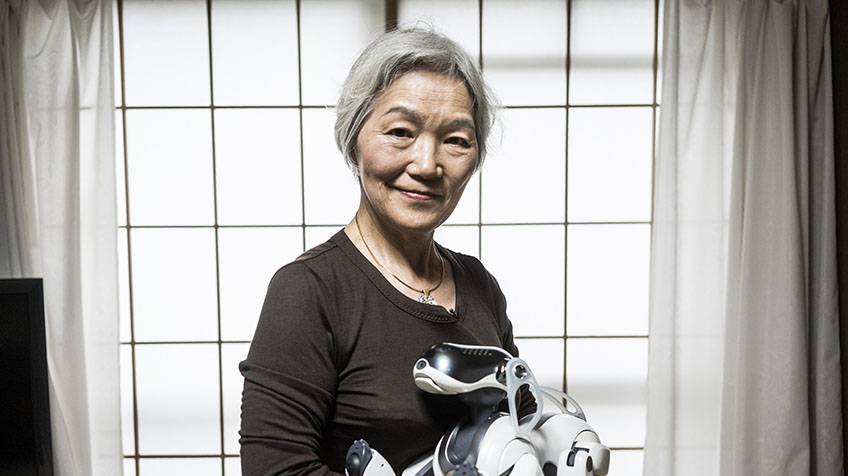 When Sony stopped manufacturing replacement parts for its Aibo pet robot, owners scrambled to save the robot-dogs that had become part of their families.

Sony is said to have made a lot of strange things in the 1990s; people say that a number of people working for the company were strange and lonely and that they needed something for their company invented. The reason why Sony made a robot dog, not a cat which is more friendly and common in Japan, seems to be because there were many Japanese families that wanted to keep dogs but could not due to specific Japanese housing structure built with timber and tatami. Whatever those who invented Aibo pet robot intended, the senior citizen couple in this film treats it as a living creature. Even after Sony stopped manufacturing replacement parts for Aibo, the couple does anything to make it looked alive. For them, Aibo must be what is alive.

Living things are soft while dead things are stiff, as the old saying goes ‘Only living trees sway’. As the couple think, Aibo which doesn’t move should be what is dead, but if it is moving, it is a living thing. What made them believe that a robot pet has a life is their way of just responding to only what is seen and what they see. Based on the empirical experience and knowledge we have learned, we would not consider Aibo alive. However, the couple’s response to what is moving around and reacting to them and accepting the robot as alive derives from their generosity and open-mind towards the new world/life. [Kim Sang-hwa]​