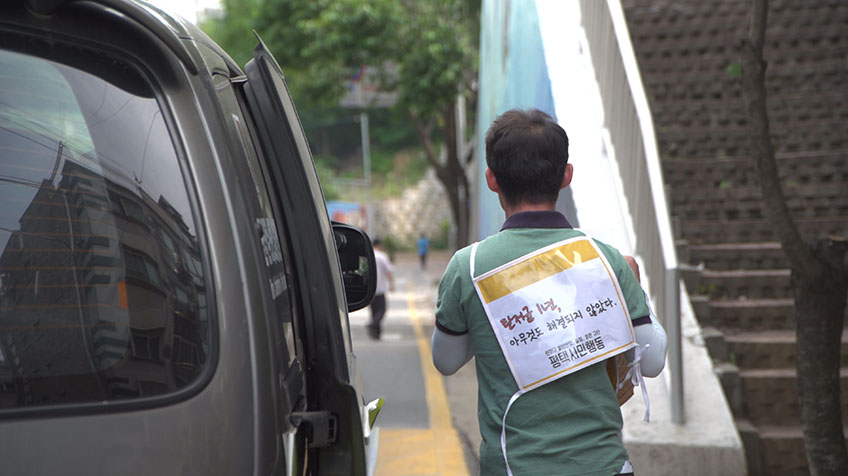 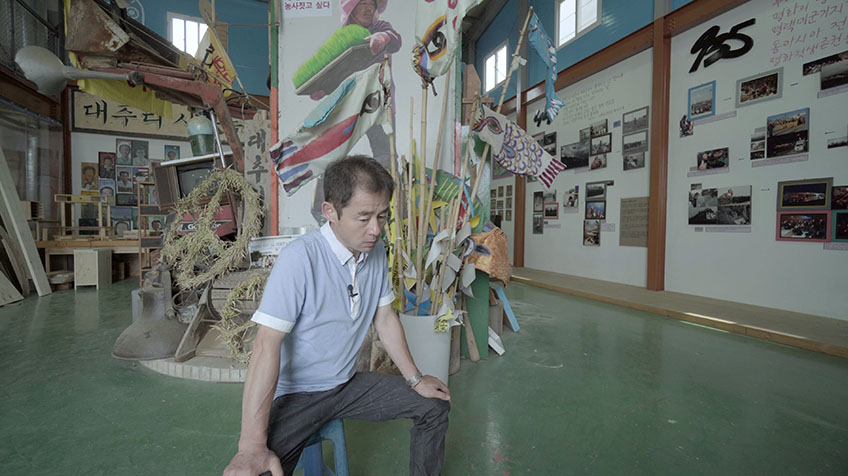 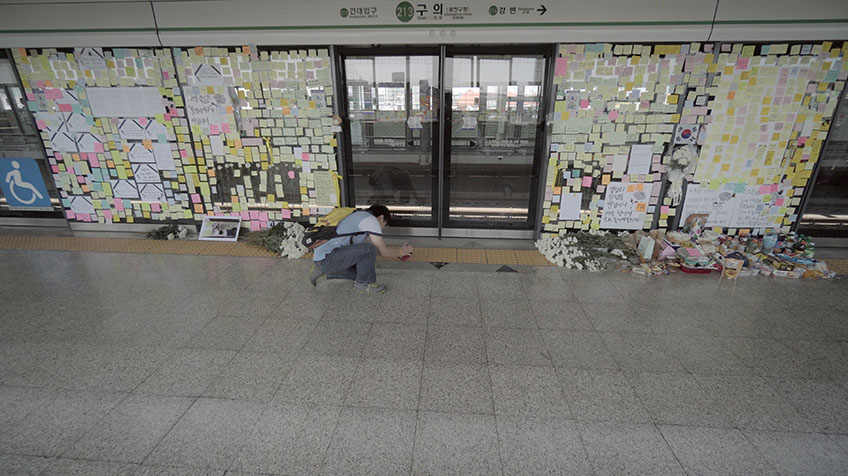 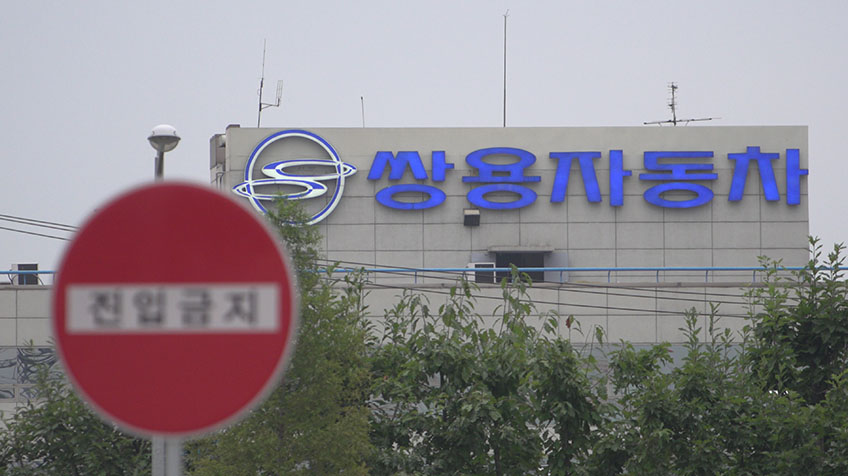 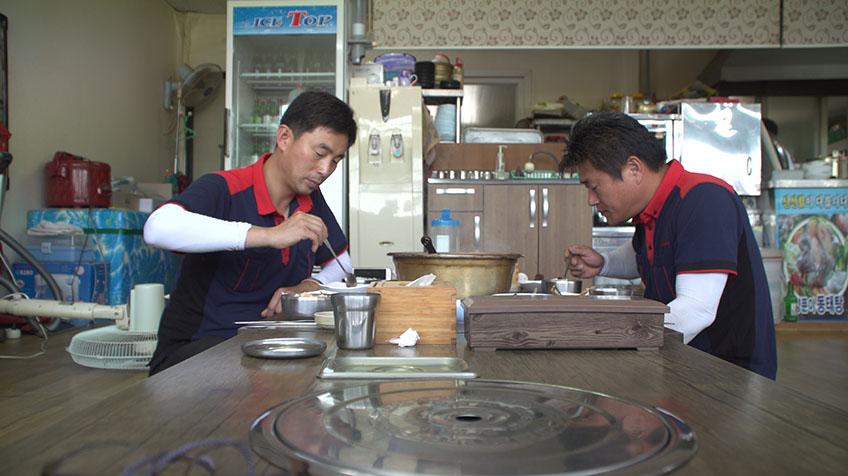 Pyeongtaek. where had lived people forced out of land they had stayed for several decades by compulsive eviction order of the government, and where over two thousand workers were thrown out of a big automobile factory feeding the region and people closed their eyes to the death of the workers. Ansan, where had lived the students disappearing without knowing the reason one morning. And people who still live, or are left alive, in these two rural towns.

For a documentary director observation is the way of recognizing the world. The director can only watch the scene. By selecting a moment and shooting the scene then weaving each moments the director reaches close to the truth. Director was as a mere onlooker but becomes directly involved in the scene after losing his closest companion; his wife. The scenetakes different turn from what it was and the it directs to another truth. There are people forced out of the land they lived in, people driven out from their workplace overnight and people who went through an irrevocable relationship severance.

And there are the 'failed' adults who lost the children who should have been protected by them. The situation at Daechu-ri, South Koreans protest against land seizure for United States military base, Ssangyong Motors Clash with the labor force resonates once again in the recent Sinking of ship Sewol―Danwon highschool tragedy.There is a resemblance in the way trying simply delete the tragic situation as if nothing happened at all. One can't help but wonder if consolation even exist in our society. Even mourning the dead gets pushed away in the name of efficiency. The Backward Lands is a depiction of the director's point of view of the failed world; and the sad confession of the ones who are left behind. They must forgive and ask for forgiveness to endure life and live on. [Jimin]