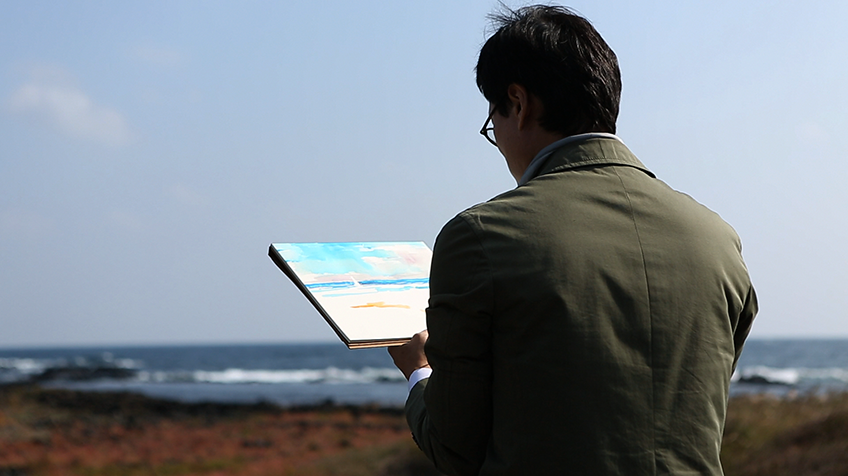 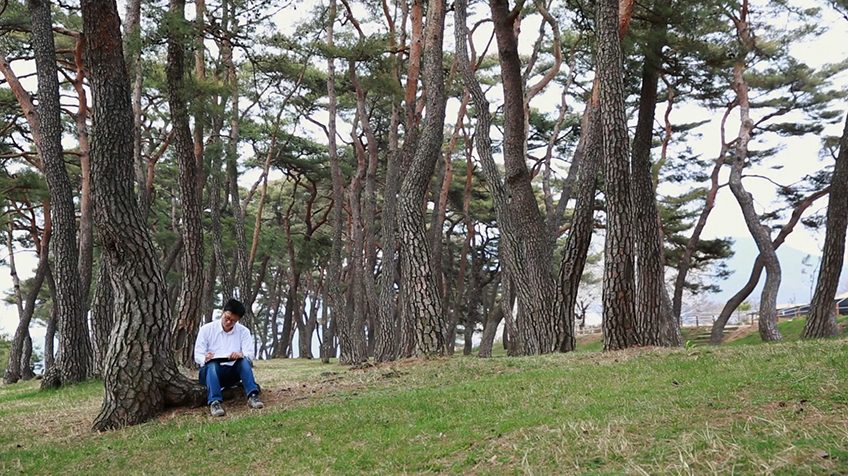 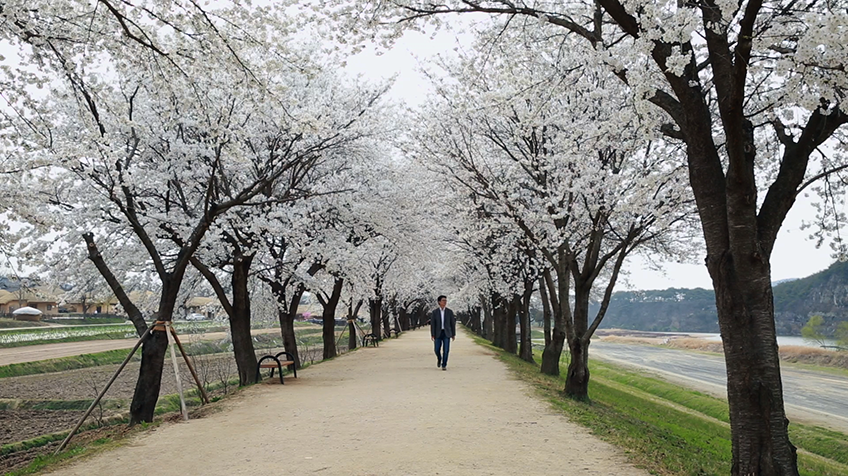 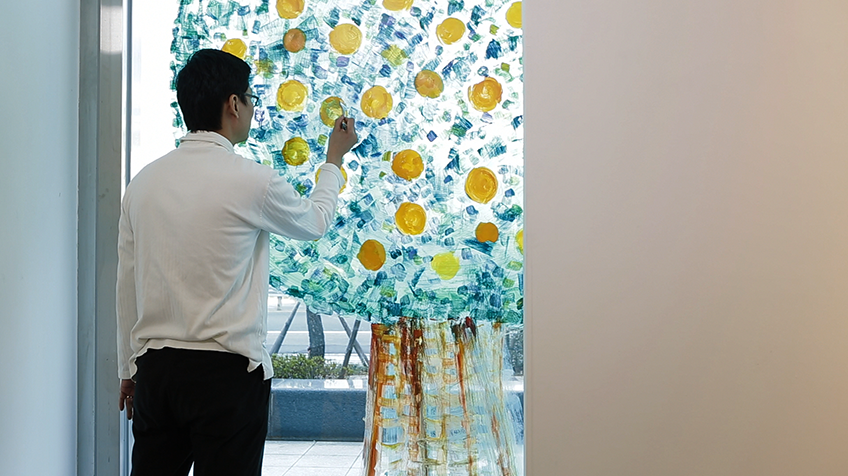 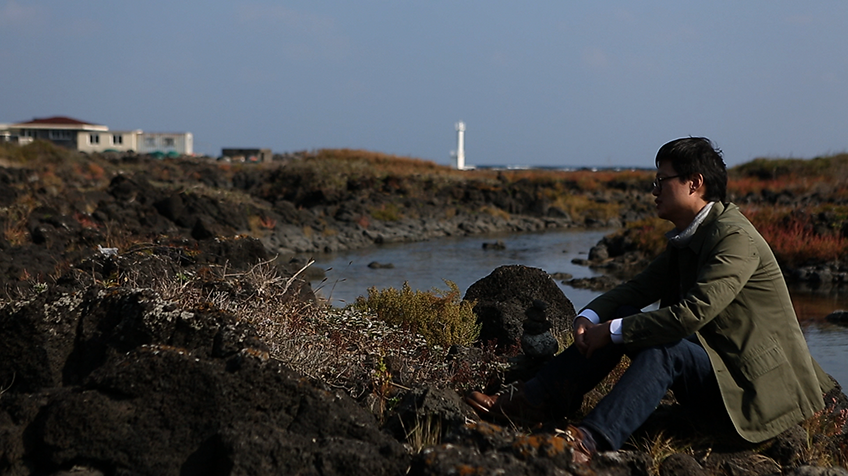 While the warm 3 o'clock ray poking through the artist’s studio is slow in contrast to the serene rural scenery, there is a strong positive energy. Having lost both his parents in his early childhood, Kim Duk-ki did not forgo his pursuit of becoming an artist and thus reveals his passion and will. The Artist follows the format of a road movie, which portrays Kim Duk-ki, who was able to transform his tragic upbringings to art through positive energy.

Artist Kim Duk-ki is a time traveler. This traveler takes on a time-machine called family to visit the past and the present and paints his journey on a canvas. On the place his time machine passed on, always afterimage of happiness lingers. His wishes to stuff a disappearing moment as eternity are piled in layers. Life as a former painter, IMF, death of the precious, among these unhappy conditions, Kim Duk-ki stands. However, as he breaks secularity, he creates a world of fantasy on a canvas with light, smell, sounds of the time and space what he saw, breathed, felt in a fairy tale-like view. From his first exhibition, Kim Duk-ki realized that his works can communicate with the audience and this experience allowed him to have art as his language. From then, he started talking to the others with the medium of poetry, craft, other than plane paintings through the way of fully releasing his capacities. In that sense, of the director, Kim Sun-young, is a road movie of Kim who returns to the road he traveled and on the other hand, it is a conversation with people in a new language. The film tries to understand Kim Duk-ki in the audience’s perspective as well as experts’ including curators and art critics, this supports Kim having easy linguistic art for everyone’s understanding not like other painters who take a distance from the public with their difficult, pompous attitude. Streaming with the artist Kim Duk-ki, the film naturally arouses the audience’s curiosity. [Choi Hui-suk]