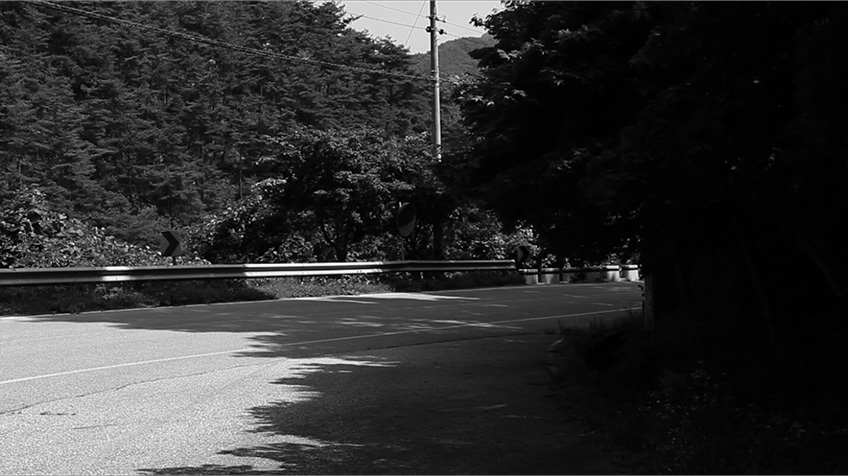 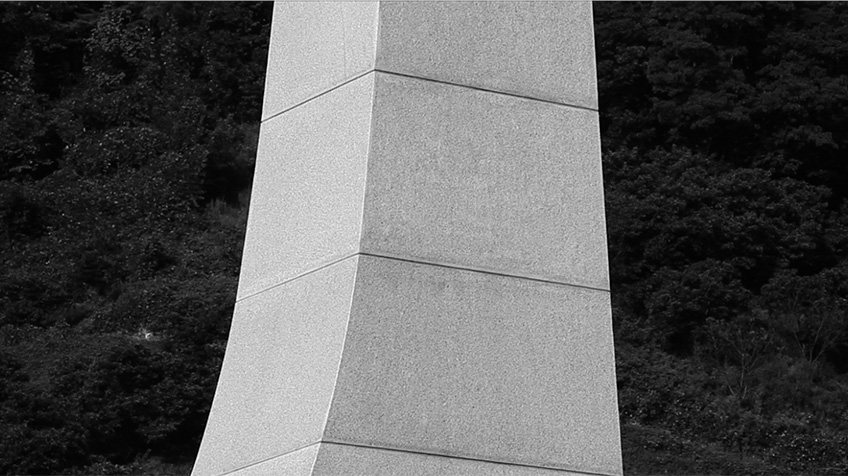 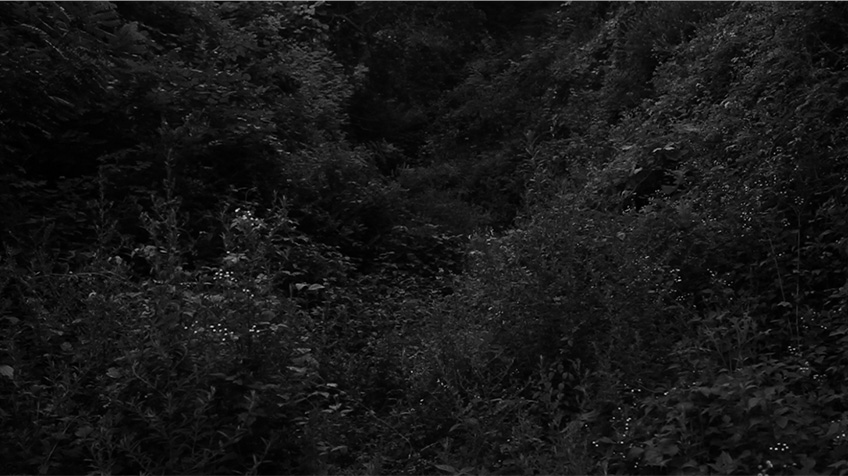 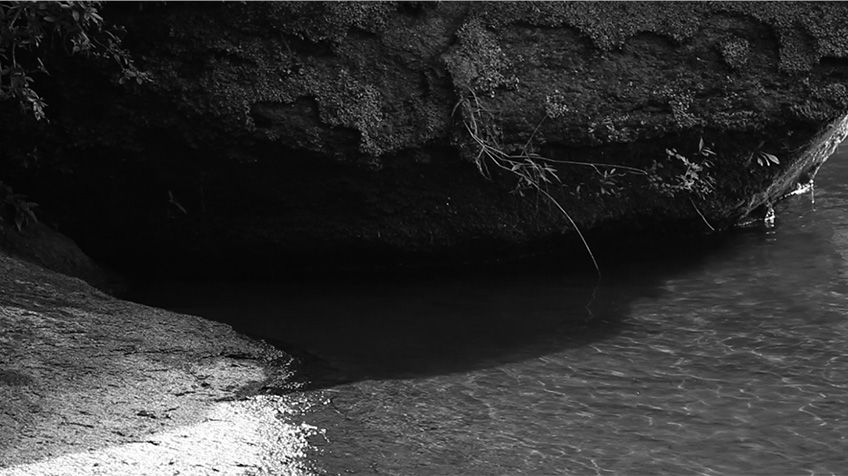 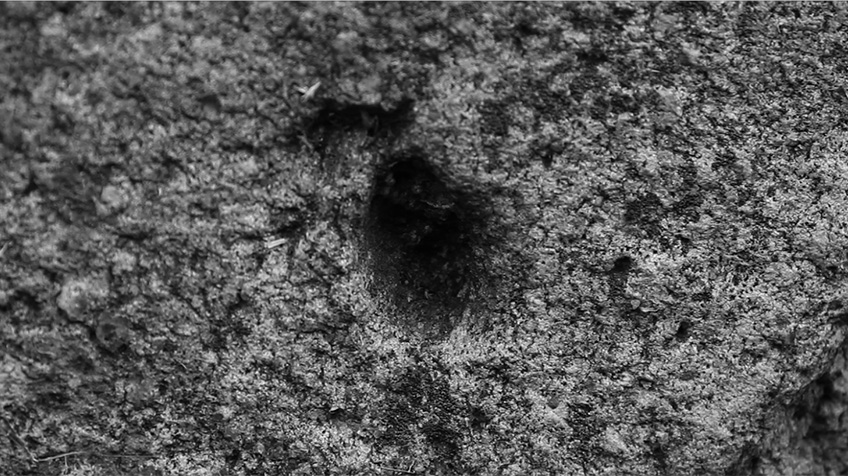 A Landscape between Past and Future

A stream begins in a valley that cuts into the mountain in Sinwonmyeong, Geochanggun, Gyeongnam Province. The lingering images on the surface and the small lifeforms under the water.

Woods and rocks that are still. A two-lane road that cuts through this landscape that leads to a cemetery. Bleak landscape. Bleak present.​

First of all the title is grave. As expected, as soon as the film opens, inscrutable ‘scenery’ on a country road, which is ‘desolute,’ continues. Lonely road, flowing water in the valley, night roads leading somewhere... To make a confession, I dozed off at the desolation in the early part of the film. As my head dropped down at 90 degrees, I tried to glare in my eyes screaming “blimey!” Just then a close up on the rock shows some indistinctive characters. Among others, the words such as ‘massacre’ or ‘1951’ were clear. I corrected my posture. The film shows a part of a rather simplistic educational reel on Geochang massacre which took place in 1951. The reel which keeps replaying itself inside of some place reminds me of a desolate situation in which the speaker exists, but the listener does not. The film ends with country roads, etc. What is it?

Later I learned that this film was produced as one of the commemoration projects and I looked up to internet on Geochang massacre. After that, I watched this film A Landscape between Past and Future again. The country road which overlaps two images, car passing by indifferently at times, water in the valley, the video reel speaking truth in a place where nobody exists, and dozens of abstract dots in the ending scene. Every scenes in the film looked like metaphors. While the desolation brought on sleepiness at the first watch, the disolution in the second watch brought on the despaired deja vu which runs against the stream of time. I could not sleep any more. [Oh Jae-hyeong]​