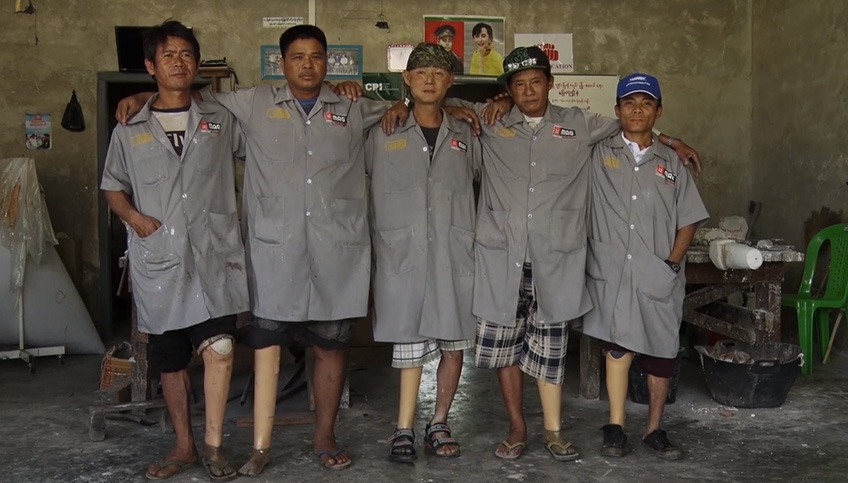 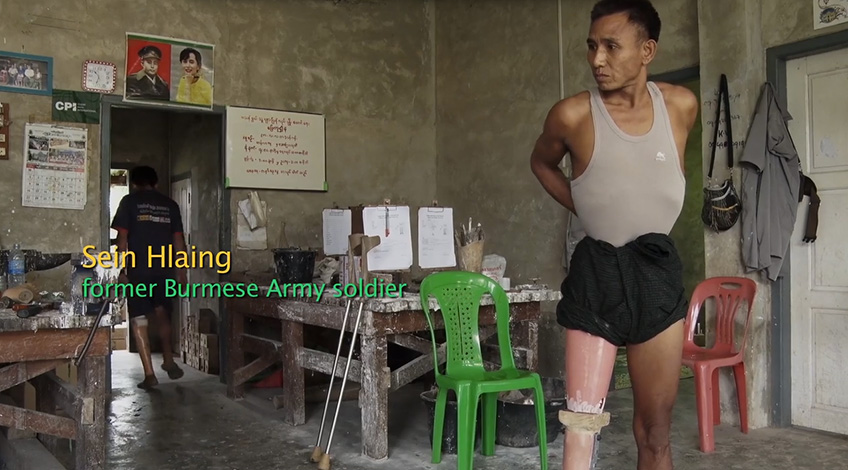 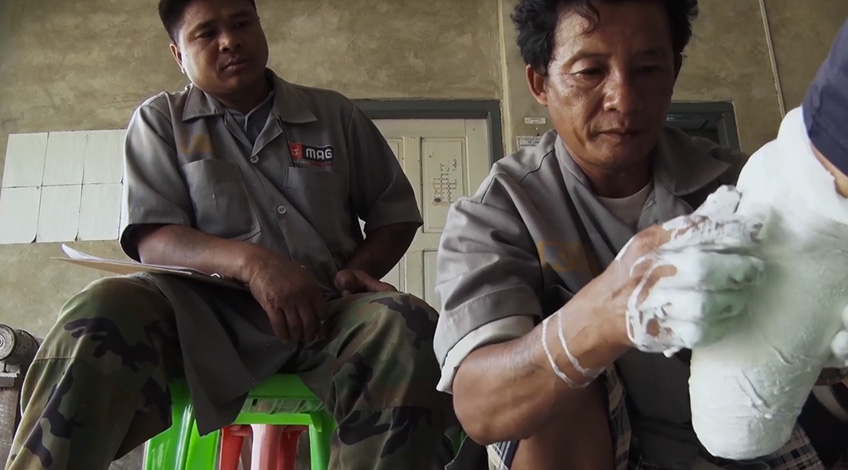 In Kayah State, Myanmar, for over 60 years, different ethnic armed groups have been fighting the Burmese Army in a war for freedom and independence. A group of war veterans have opened an artificial leg workshop constructing a hundred legs per year for fellow veterans with the same stroke of fate - leaving ethnic differences behind.

This documentary shows the short process of manufacturing prosthetic legs for injured soldiers, and the soldiers wearing prosthetic loges in a simplistic way, but it leaves a complicated and weird sensation on its audiences. The injured soldiers in this film are members of the insurgent resistance army who fights against Burma governmental army. This insurgent army is not a single organization, but constituted with groups of various ethnicities. The ex-servicemen hold a workshop for making prosthetic legs, make injured soldiers participate in the manufacturing process, and give prosthetic legs to those soldiers for free regardless of their ethnicity. While dealing with extremely sensitive topic in terms of politics, the atmosphere of the film is warm and usual. This film is a peculiar cinematic experience which brings usual sense on nonusual-ness, grotesque feeling, and kind mood altogether. [Hwang Miyojo]