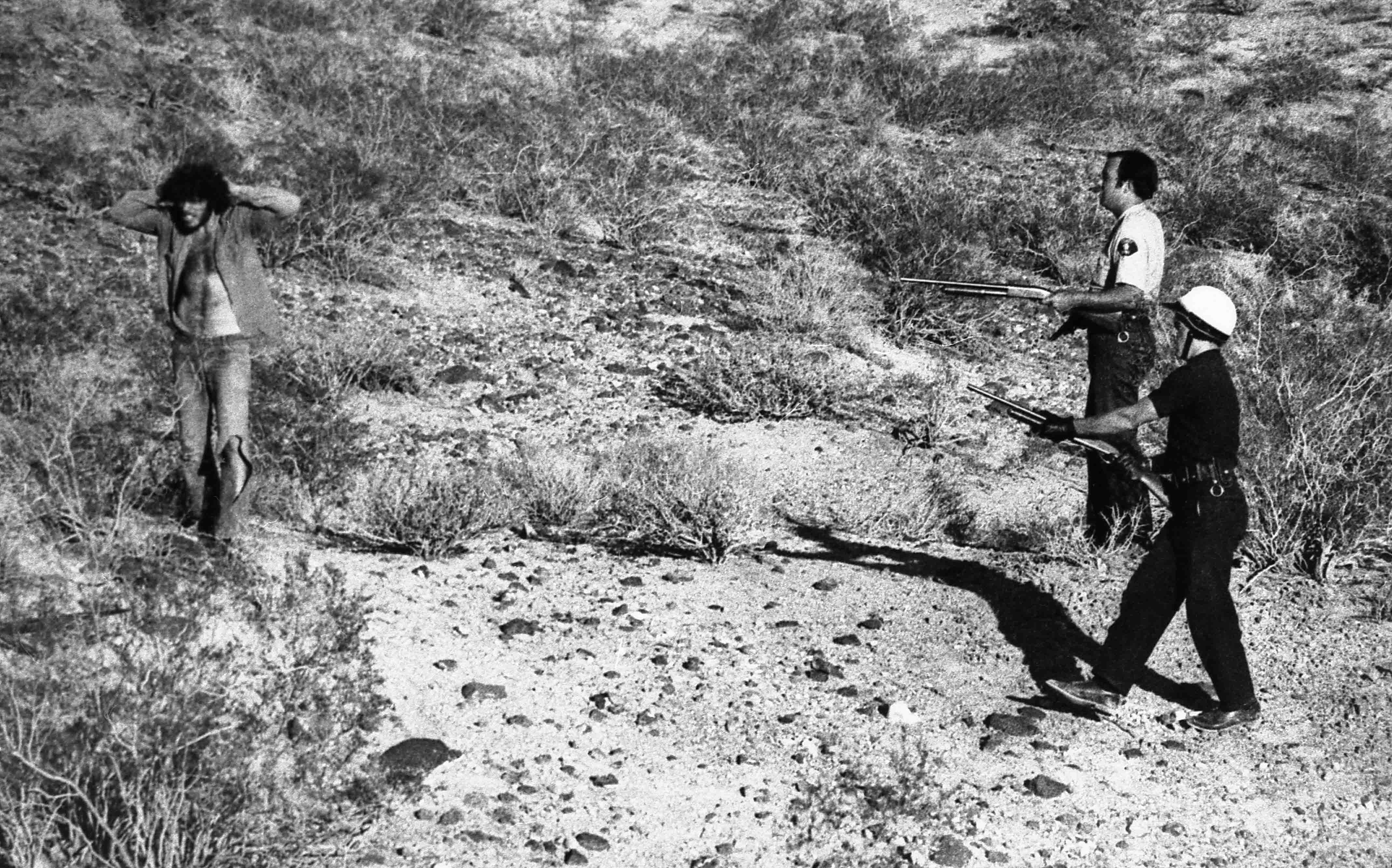 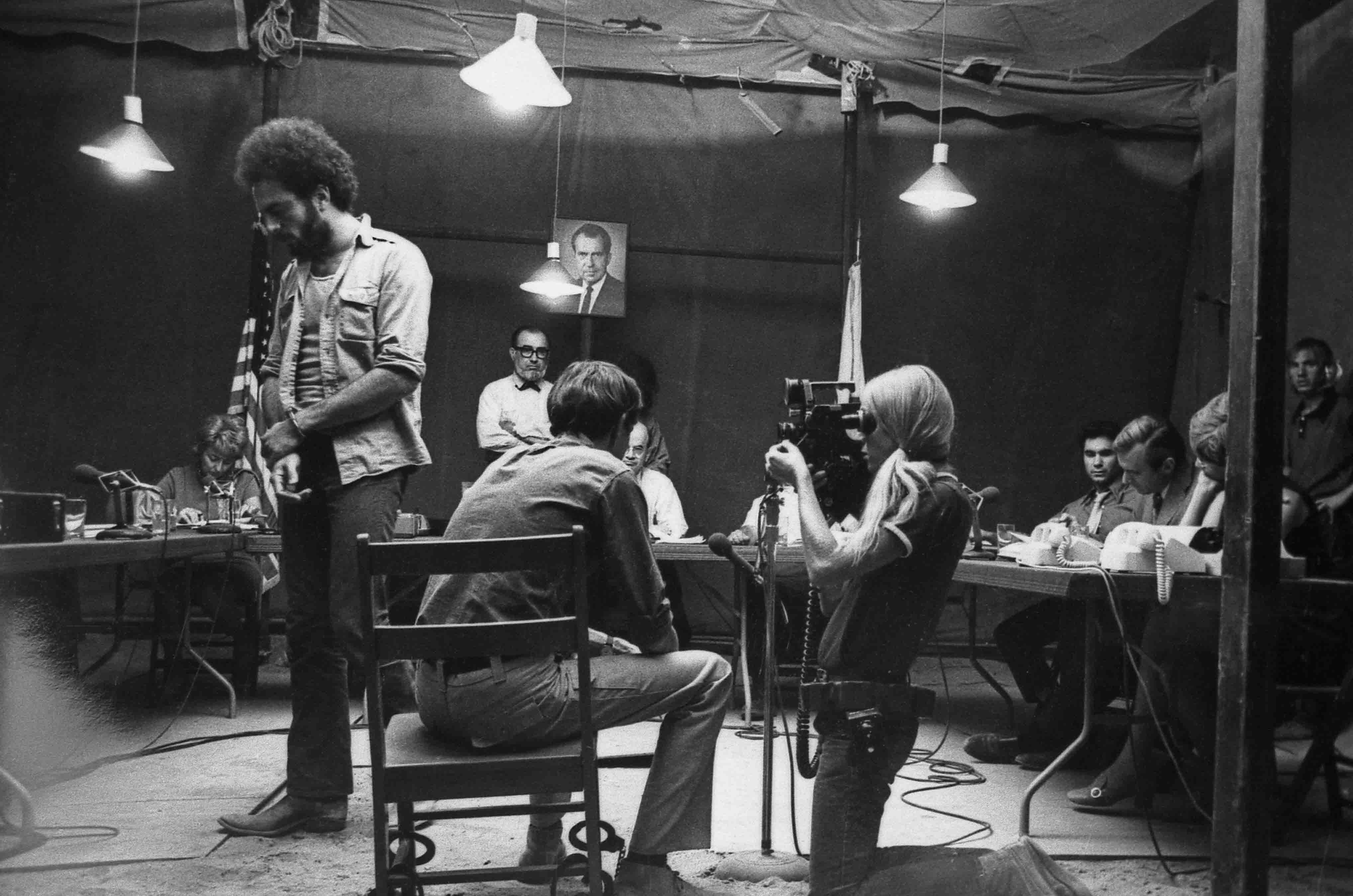 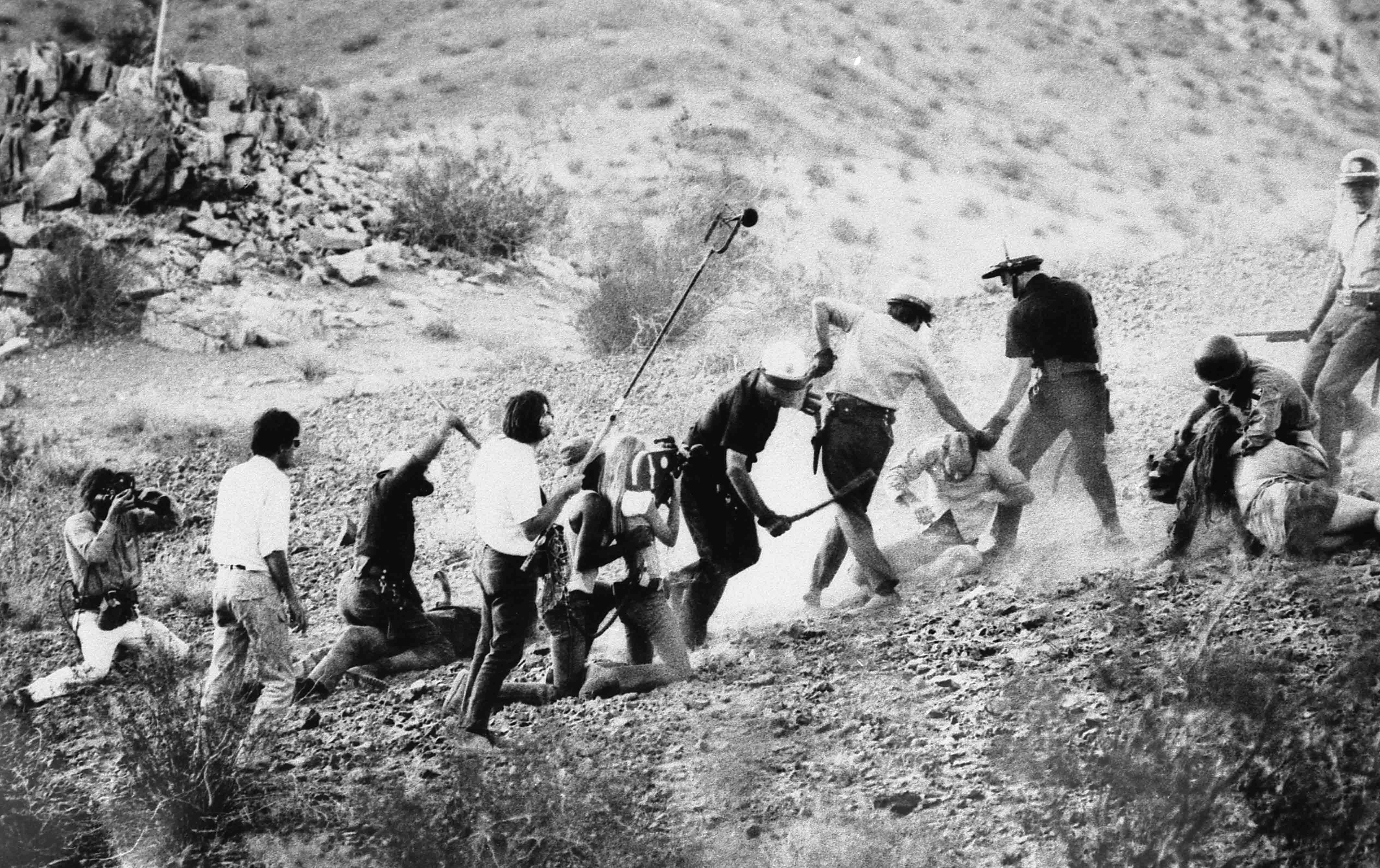 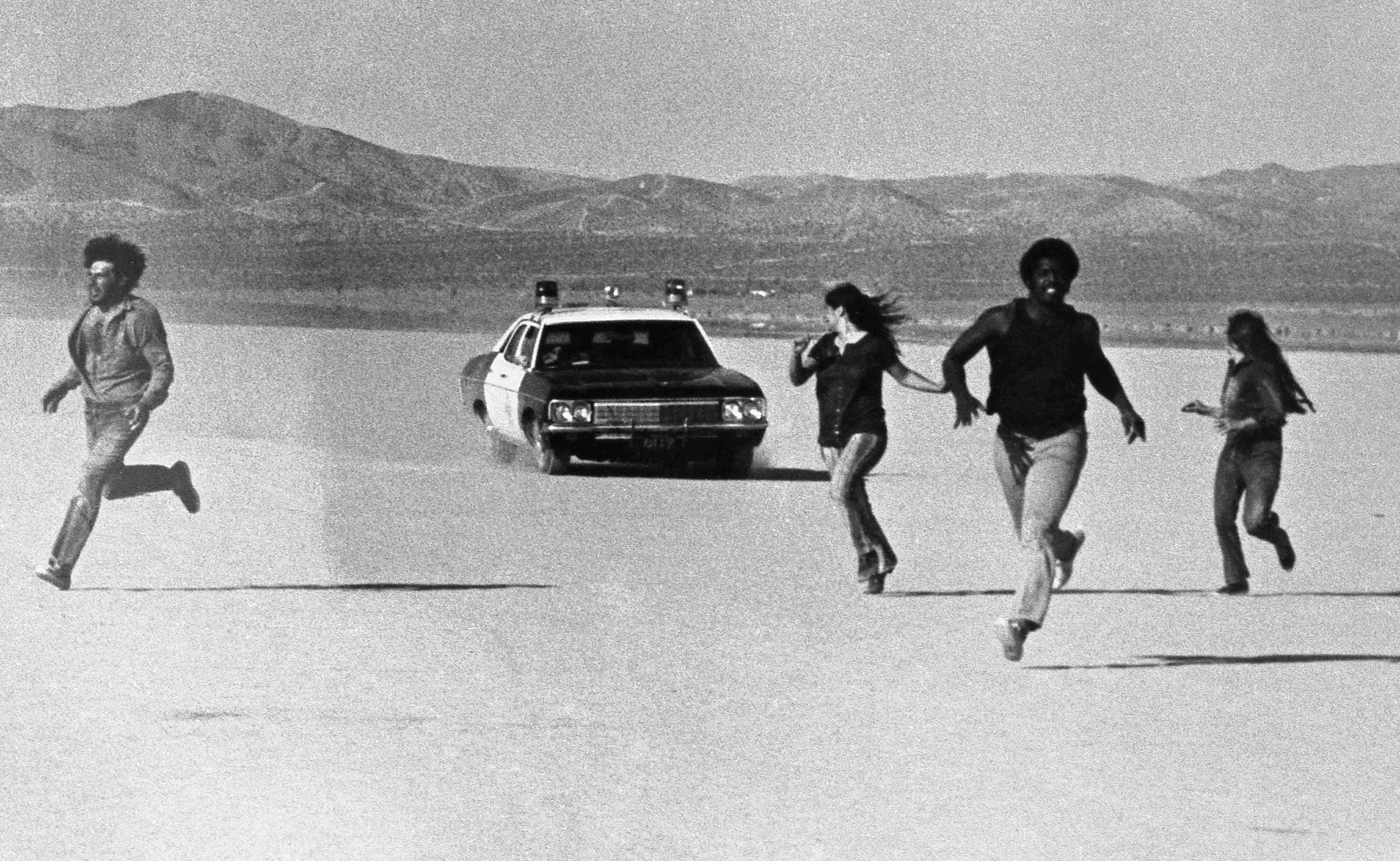 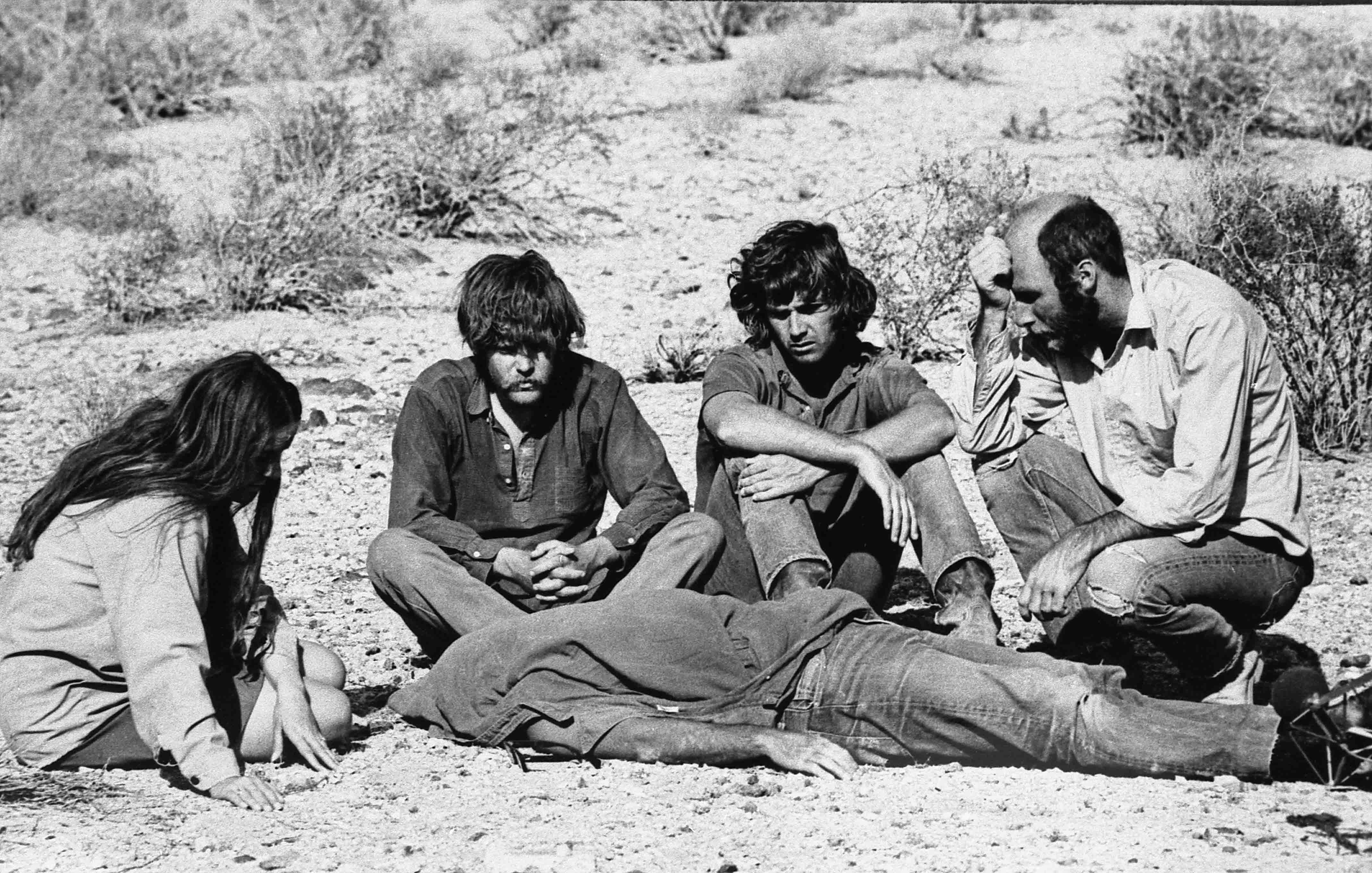 In a desert zone in southwestern California, not far from the tents where a civilian tribunal are passing sentence on Group 638, Group 637 (mostly university students) find themselves in the Bear Mountain National Punishment Park, and discover the rules of the ‘game’ they are forced to undergo as part of the alternative they have chosen in lieu of confinement in a penitentiary.

In 1970, the US externally lapse into the pit of Vietnam War, and internally goes through the black rights movement and demonstrations opposing the war. Accordingly, the US government declares a state of national emergency and takes the pacifists, deserters, and anarchists to summary conviction. In this trial, most choose the penalty to go to a place in the desert called Punishment Park instead of jail. While not even a drop of water is provided, these people have to find the American flag placed somewhere in the desert for four days, evading the police hunting them down. Except for in film festivals, this film was banned from screening in theaters for several years, with an X rating tag on it. The director, Peter Watkins, applied the code of either documentaries or real time mass media reports to enhance the reality of this virtual reality. The camera carried upon shaking shoulders, the amateur actors looking straight into the camera or having interviews, the police covering up the camera lenses with their hands to interrupt the filming… Watkins, the godfather of fake documentaries satirizing reality through parody, acquires a reinforced sense of realism and reality through these means in his film. This setup throws the spectators into confusion, evoking them to meditate on the fact that this virtual reality may break off from the world of fiction and face them in the form of reality. [Cho Myoung-jin]