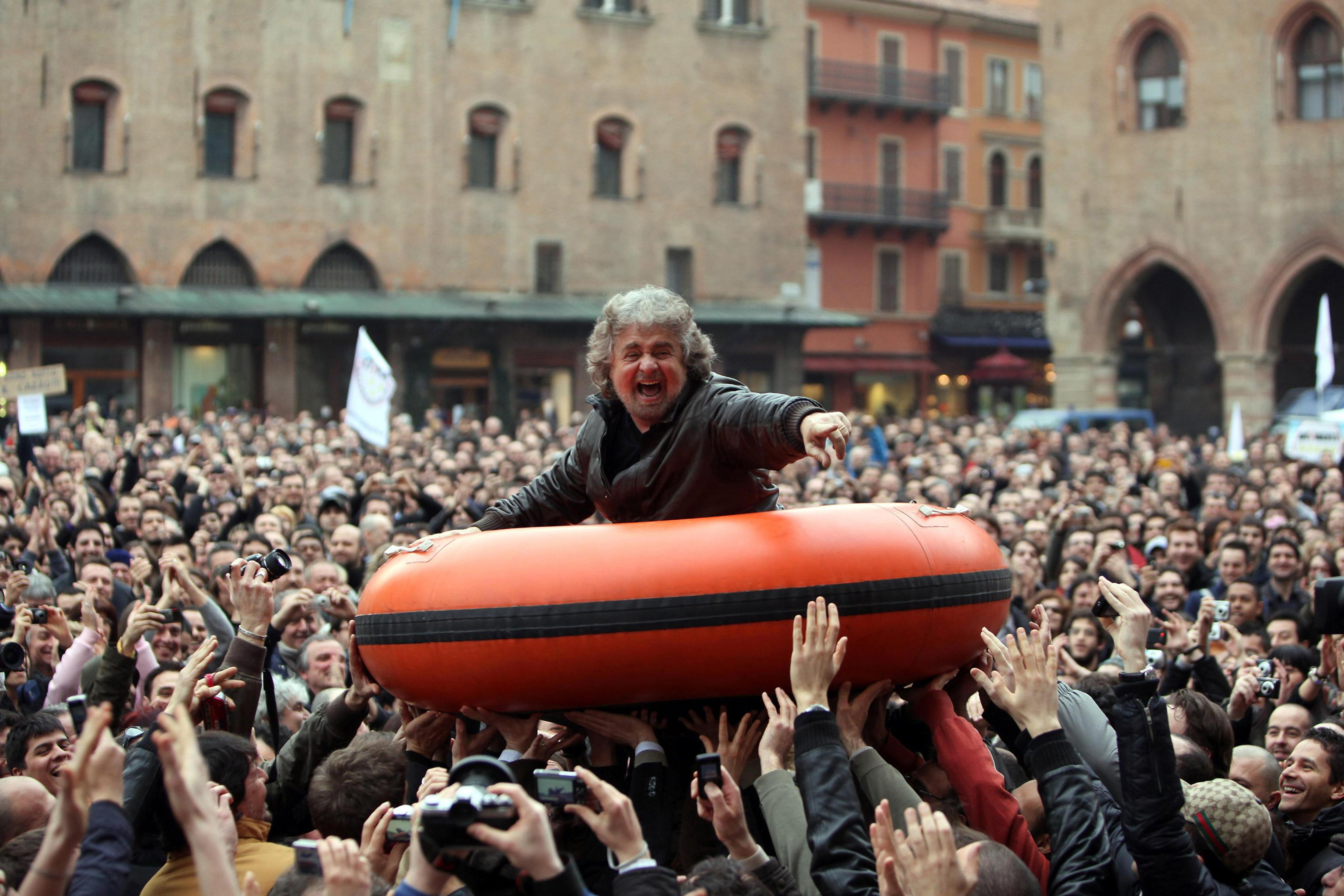 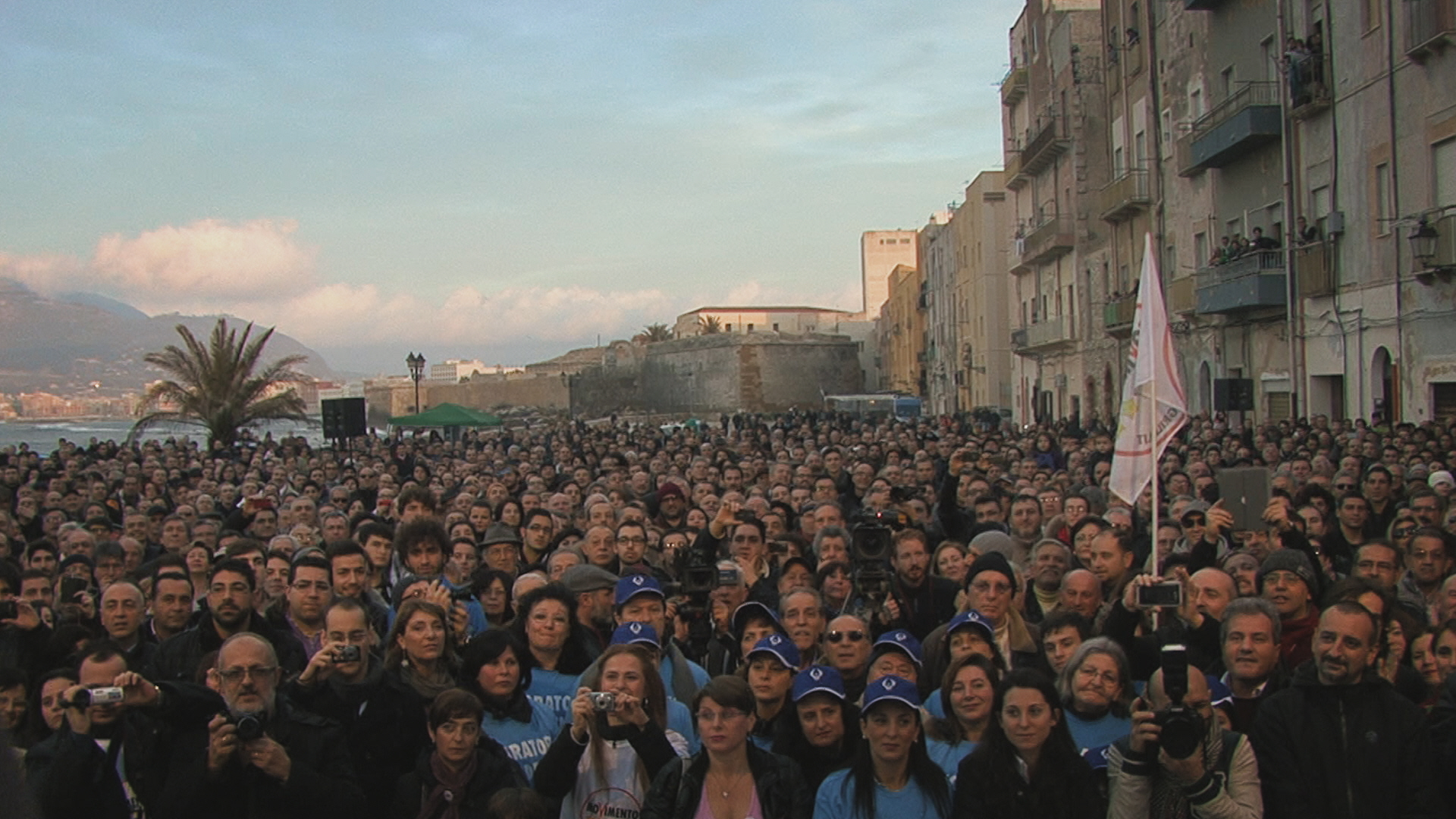 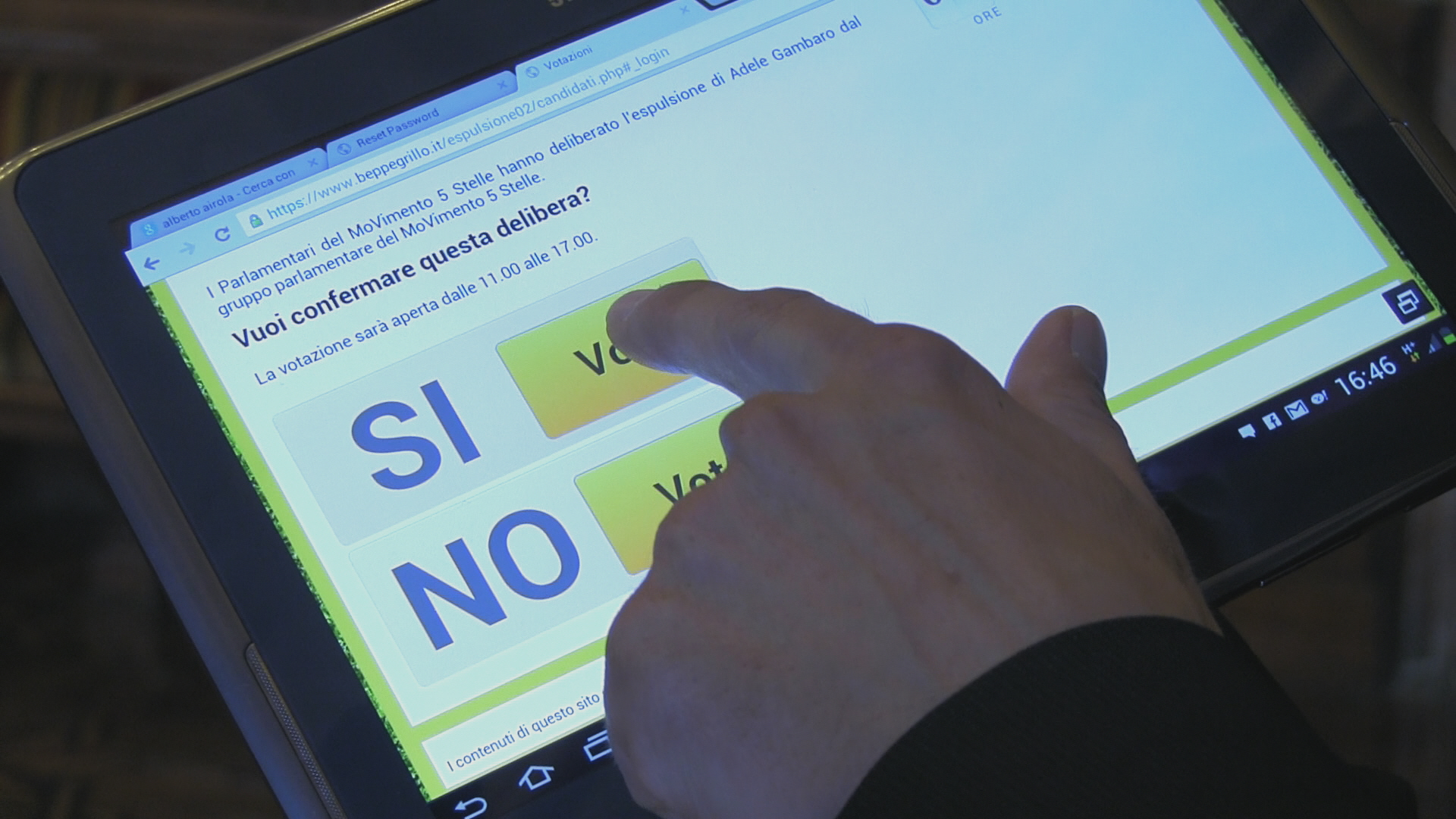 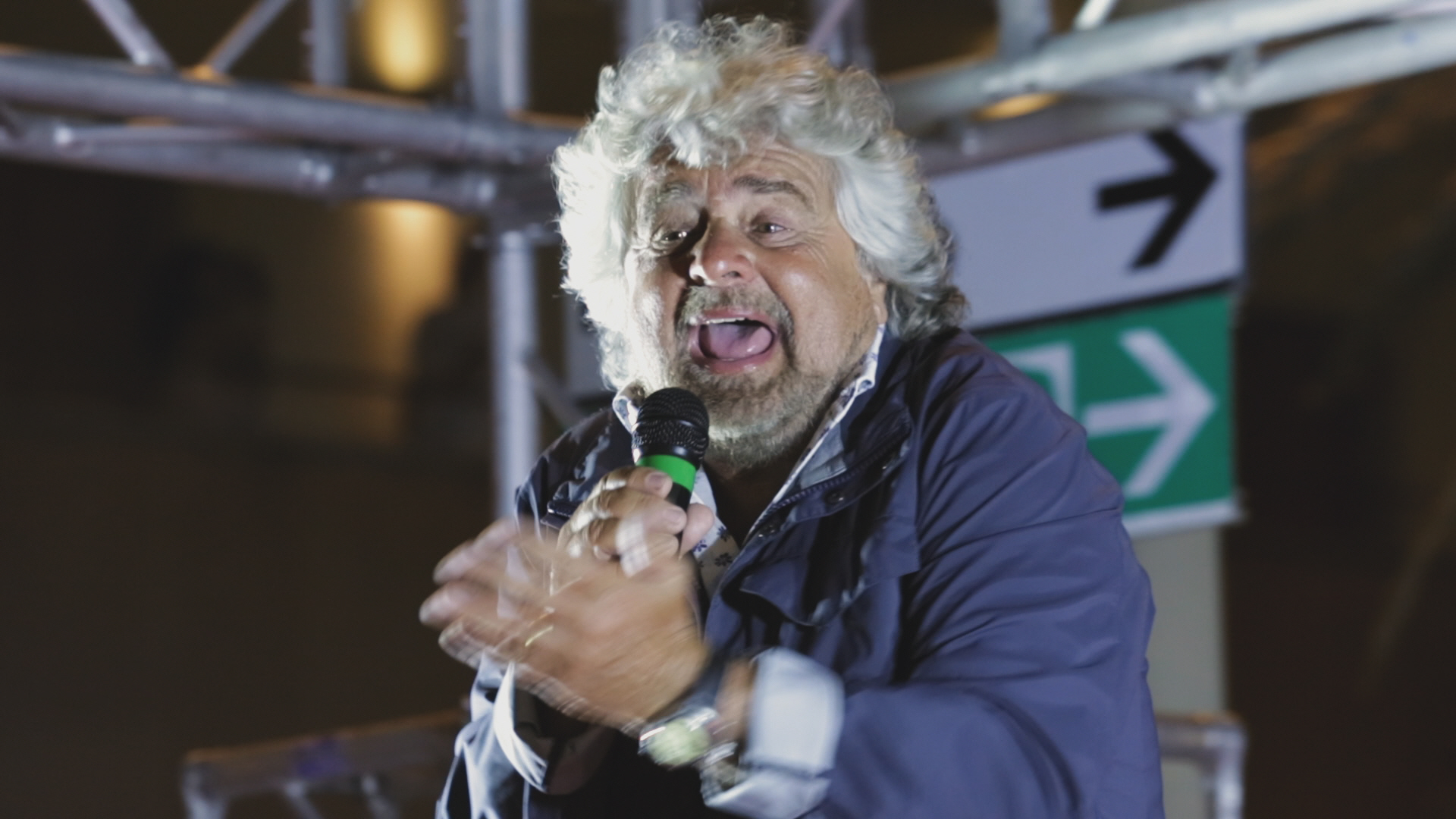 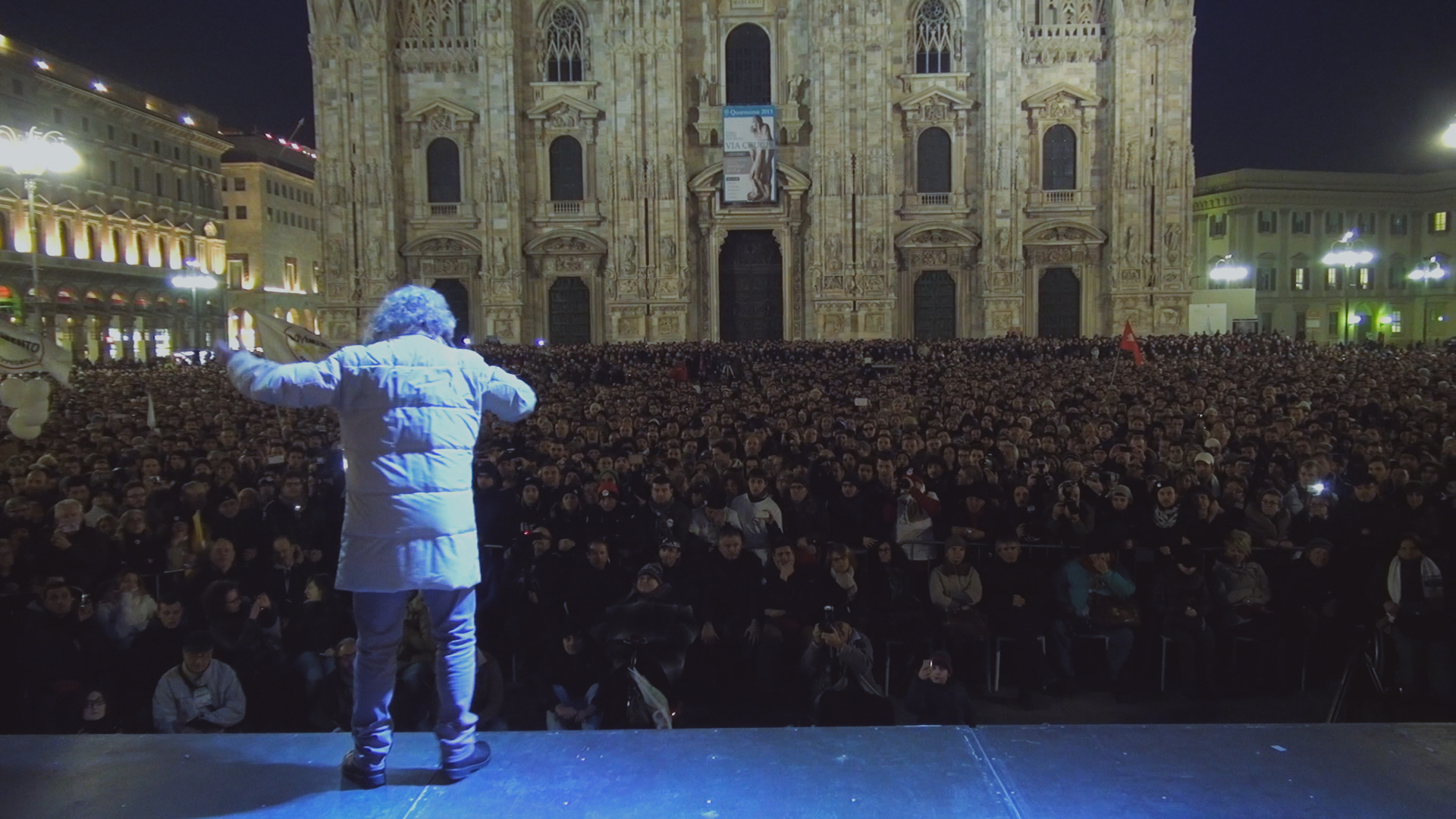 TUTTI A CASA - Power to the People?

Italian comedian and political activist, Beppe Grillo. His popular protest movement, Movimento 5 Stelle, vows to send all politicians home and bring the people to power. They win a stunning 25% of the vote to become the single largest party in Italy, and send 163 ordinary people into Parliament. Through unique behind the scenes access, TUTTI A CASA depicts the on-going shift in balance between 'the people' and 'political power'

It is in Athenian ancient Greece that the basis for democracy was established about 2,500 years ago, but it is in Italy that the concepts of democracy and of sovereignty of the people were developed and that the Italians have become fed up with the political corruption now. ‘Beppe’ Grillo, comedian turned politician famous for a political satirist came to sudden prominence in the political scene in the early 2000s, strongly criticizing, through his blog, economic crisis, corruption, regional disparity and isolation, and so on. 'Five Star Movement', a movement of citizens to involve themselves in politics was organized around him, and then the ordinary citizens who had never before experienced in politics formed an alternative political organization to run in the Italian general election in 2013. The film follows the story of four main characters who participate in the movement, since 'Five Star Movement' won 25.5% of votes, the second most popular one for the Chamber of Deputies at the 2013 general election. With ordinary jobs such as lawyer, engineer, photographer, etc., they drove out the established politicians and tried to create the world that they dreamed of, but the reality in the political arena is not easy for them. Starting with the principles of the realization of the direct democracy through Internet voting, and of the prohibition on alliance with existing political power, they collide with reality and are tormented with self-doubt and pessimism. And they are also starting to have internal strife against the authoritarian leadership of ‘Beppe’ Grillo. Watching that they are not free from the leader’s authority, though claiming to stand for the direct democracy and new politics, we should ask the questions. The slogan "power to all the people", is it possible to be realized in the real society? What do we need, to take a step forward from criticizing the establishment politicians? How much more do we have to debate, to experience conflicts, and to solve difficult problems, in order to realize the direct democracy. [Park Hye-mi]