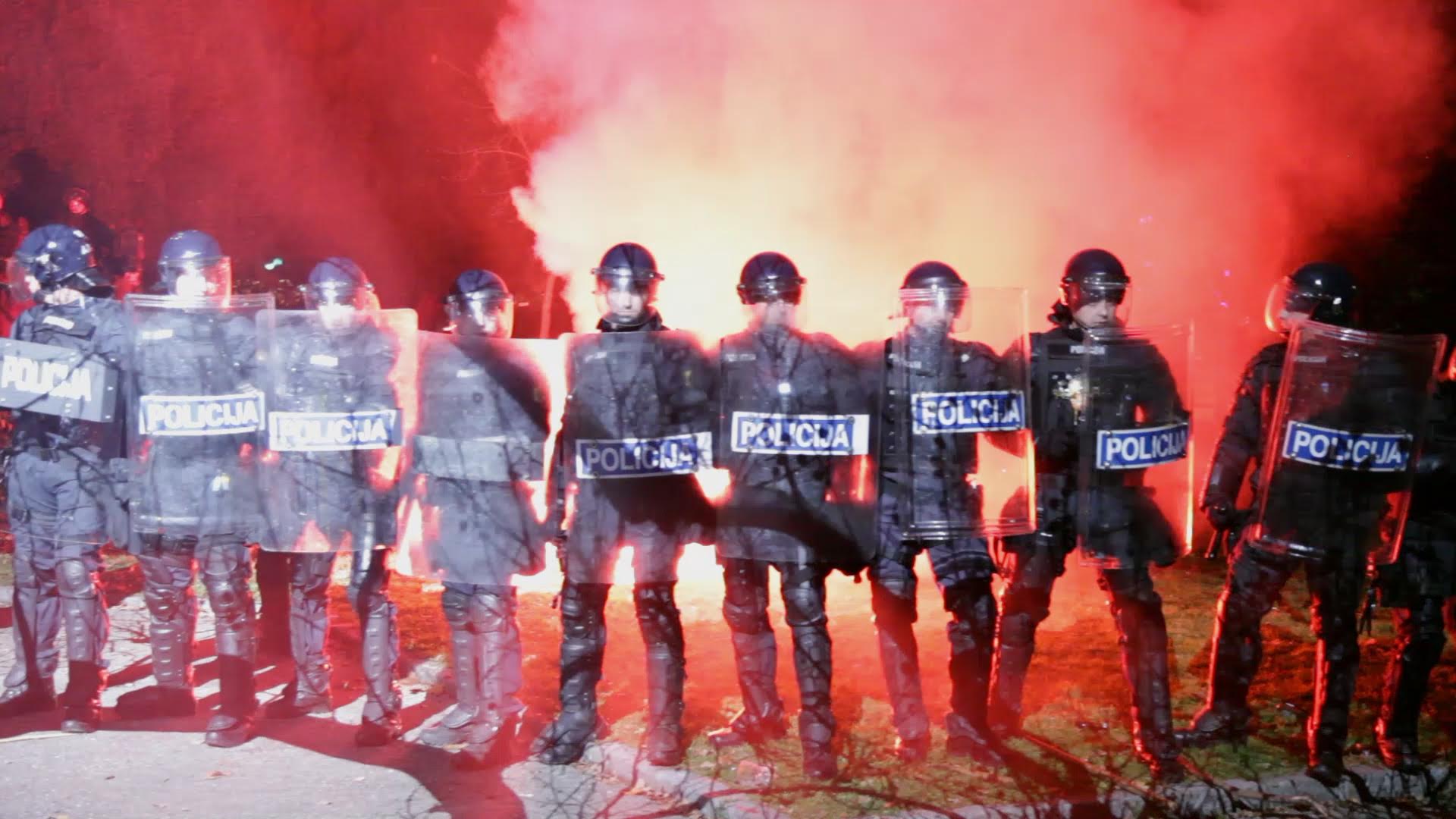 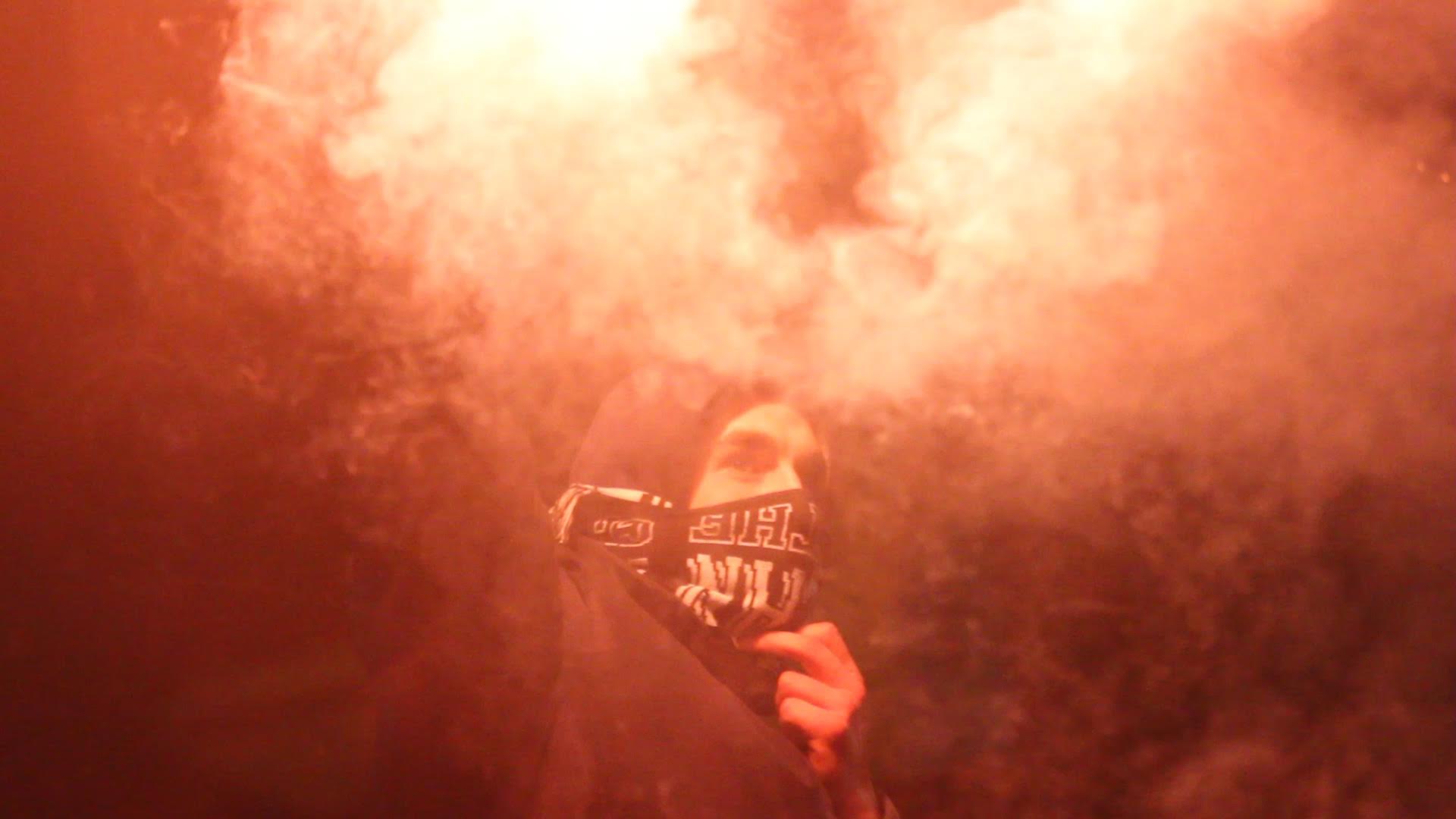 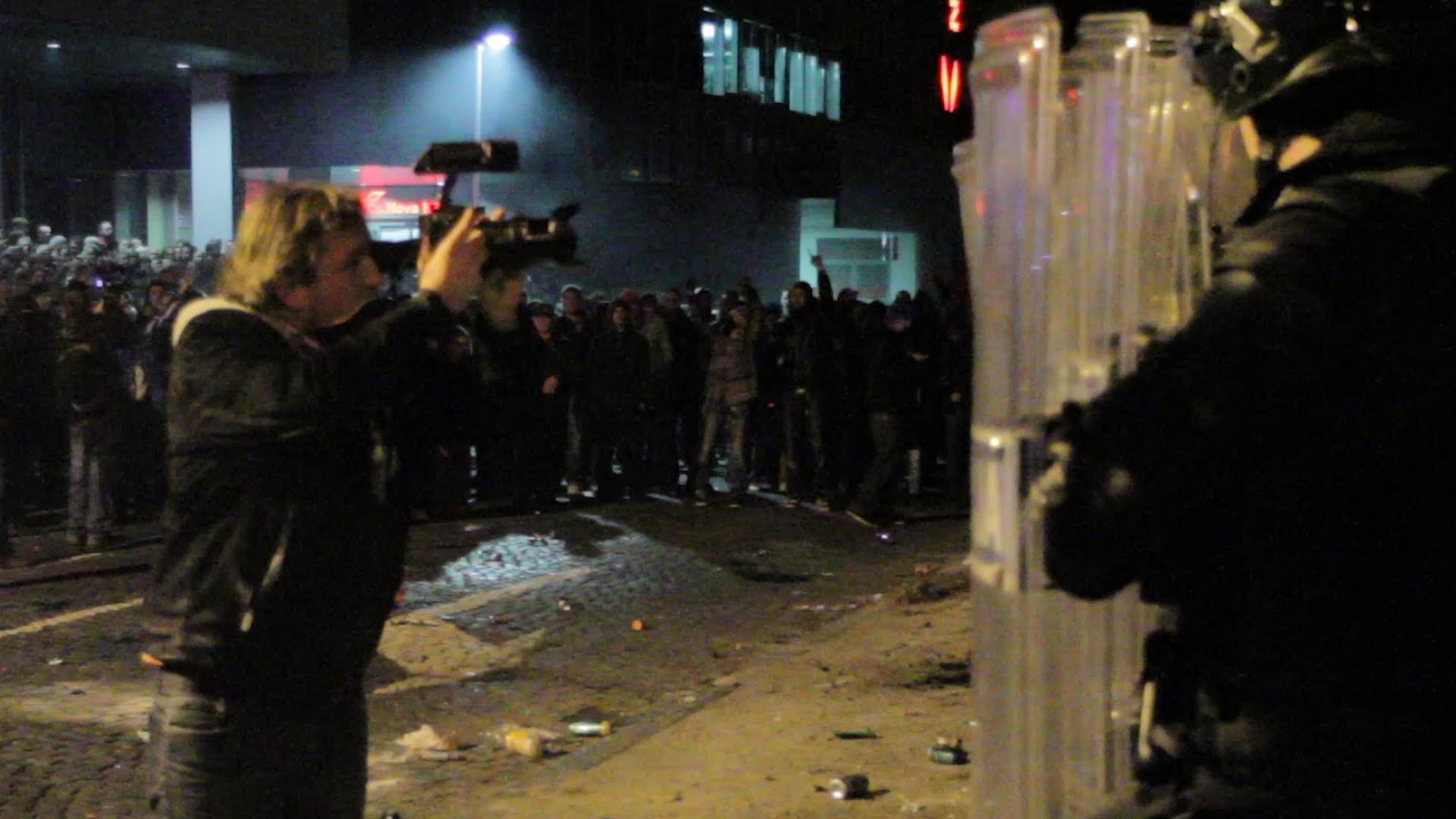 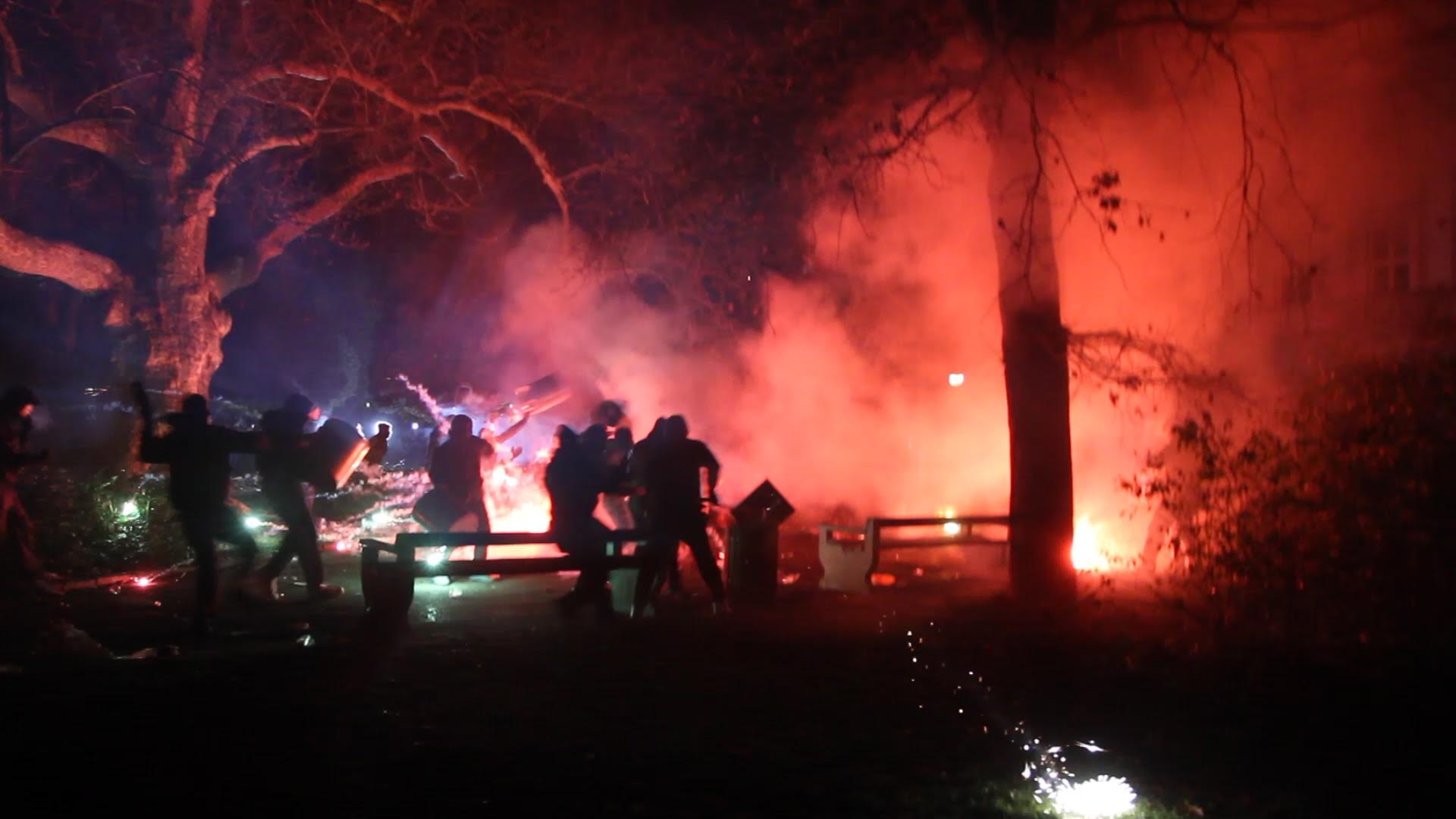 What is it that drives the people out onto the streets? When do otherwise peaceful protests turn into violent riots? No matter if the protesters' signs are calling for a greener climate there is also a risk that the crowd will reach the boiling point, when protests turn into battles and conflicts. But how and why? This question is asked in the interactive film experience, where you as an audience member are placed in the middle of protests in the Slovenian city of Maribor.

The utmost anger at the political corruption triggered mass protests in Maribor, Slovenia, once having flourished as an industrial city. The people went to the streets twice and their rallies were stopped by the police both of the times. The media behind the police line depicted people participating in the protests as hooligans or criminals. The peoples' fury led to the third mass protest, and a video activist collective is formed in order to record an entirely different situation seen from the front of the police line. The film is composed of the footage they filmed. What we have to look at is not that the film follows a linear narrative, but that it is a participatory documentary in which they develop the narratives depending on the point of view of the audience in each moment. It invites us to the protest scene, asking which decision we would make if we were with the protesters. It goes forward, while discussing the strategy and ethics of the protest with the audience, such as the choice between the use of violence and the peaceful protest at some moments, and so on. <The Maribor Uprisings: A Live Participatory Film> chooses the form like that because the scene footage of demonstrations in Maribor is not specific to that in Maribor, Slovenia. The heavy police responses with tear gas and stun grenade to citizens’ rallies and demonstrations can happen anywhere, anytime, and they are what we've experienced often. The mayor ended up resigning due to the Maribor Uprisings, of which the influence is expanded in other towns. But t he questions still remain unasked and unresolved and the film asks us the questions. Which choice could you make if you go out into the street, and how could we depend the people power in the streets? [Park Hye-mi]