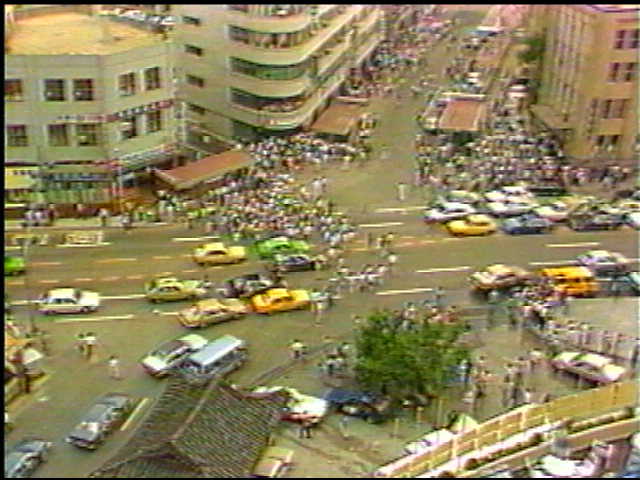 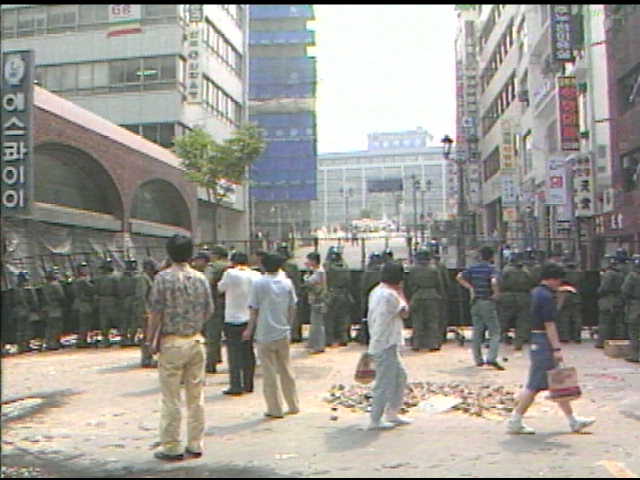 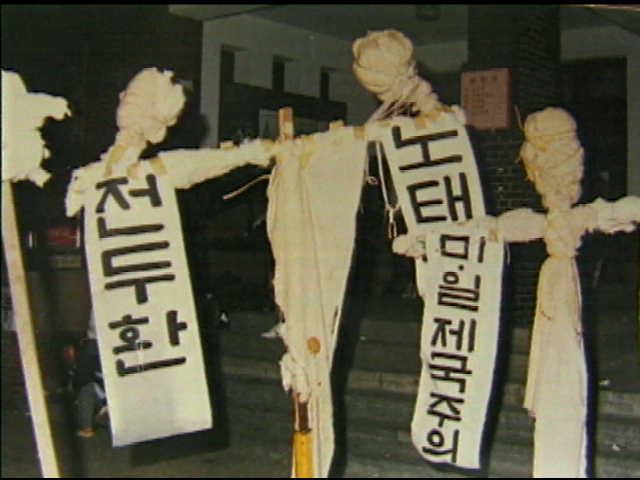 The 6 Days Struggle at the Myong-Dong Cathedral

This is a documentary about 6 days of struggle at Myong-dong cathedral, which triggered the struggle of the June 1987. In the night of 10th June the protest group was chased by the police, came into the Myong-dong cathedral by accident. Their conflicts and hope, political situations of the time are seen in the film with various sources and witnesses. This film seeks hope for today while showing critical reinterpretation on the struggle of the June 1987.

<The 6 Days Struggle at the Myong-Dong Cathedral> is the record of a six-day struggle at the Myeong-dong Cathedral that triggered June Democracy Movement in 1987. Ten years later, the film recorded that the demonstrators cornered by police and accidentally gathered in the Myeong-dong Cathedral looked back on the time spent and the experiences there in 1997, it still resonates with us and poses questions to us even 30 years after the incident. The struggle at the Myeong-dong Cathedral occurred with the participation of about 800 students and citizens entering the cathedral by chanting abolishing protection of the constitution and overthrow of dictatorship, but it is meaningful in that it drew support and attention from the middle class not having been interested in the demonstration, such as the necktie unit (company employees), etc. However, it cannot escape from the criticism that they decided to call off the sit-in in six days, passed leadership to the government, and could not achieve the overthrow of dictatorship and the people's basic human rights. The memories of a wide variety of people who participated in the struggle reflect the excitement and passion, the sense of frustration and accomplishment at the same time. We could figure out the political condition at that time, through their testimonies, memories, and the documents with the moments of conflict, hope, tension and emotion in the demonstrators. The director asked us in front of the Myeong-dong Cathedral on June 1997. Do we have hope for the different world we had chanted, for the new world we have sought? And what should we do for the world? Listening to the cry and shout of the huge crowds gathered at the Myeong-dong Cathedral and Gwanghwamun in June 30 years ago, we also could ask the same questions now in 2017. What could we record and read regarding the Candle Plaza? And after 10 years, or after 30years, how will we remember the Candle Plaza? [Park Hye-mi]