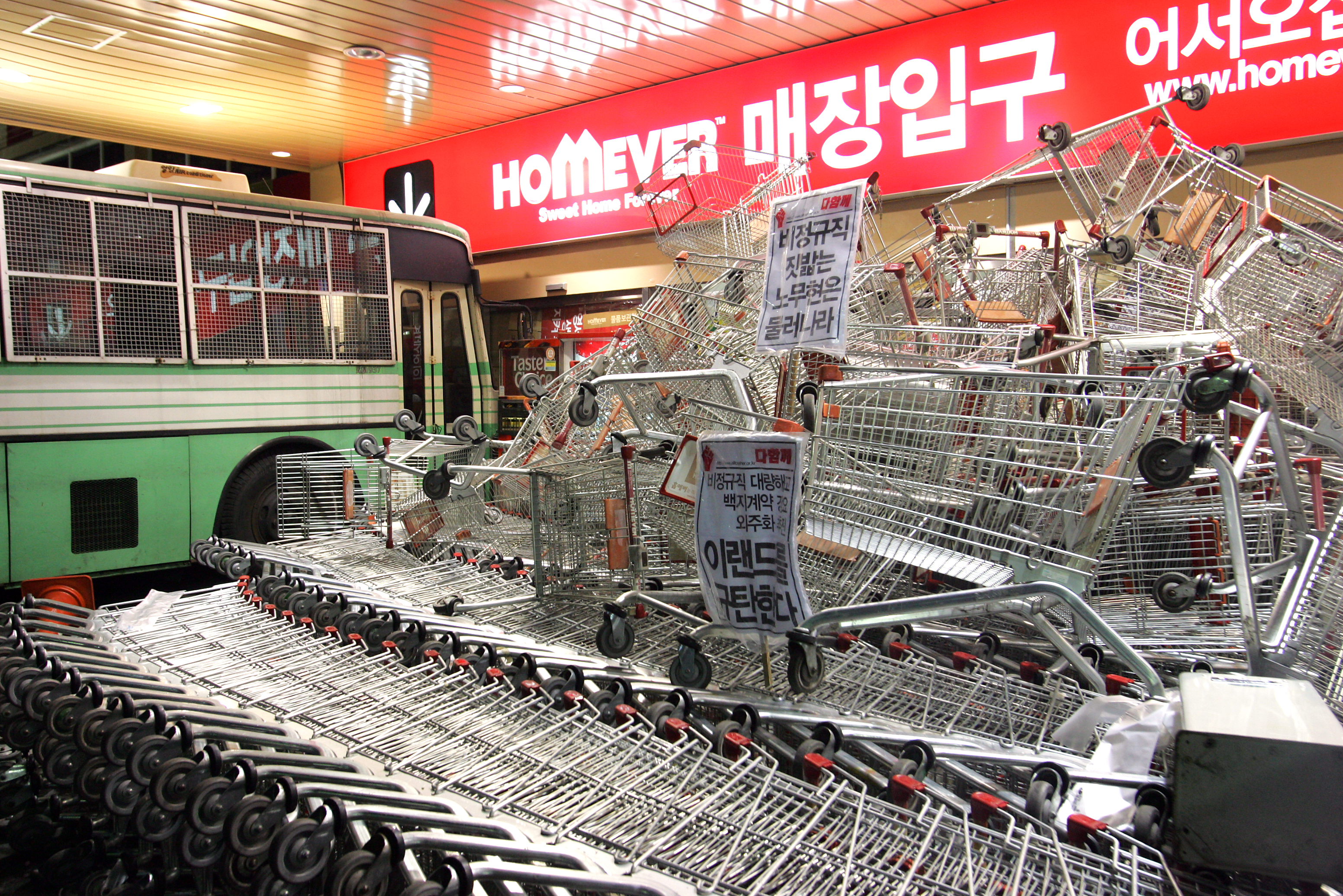 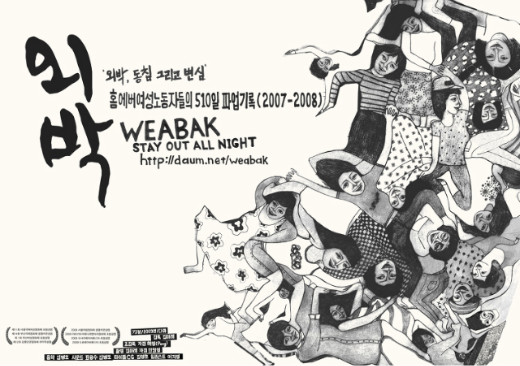 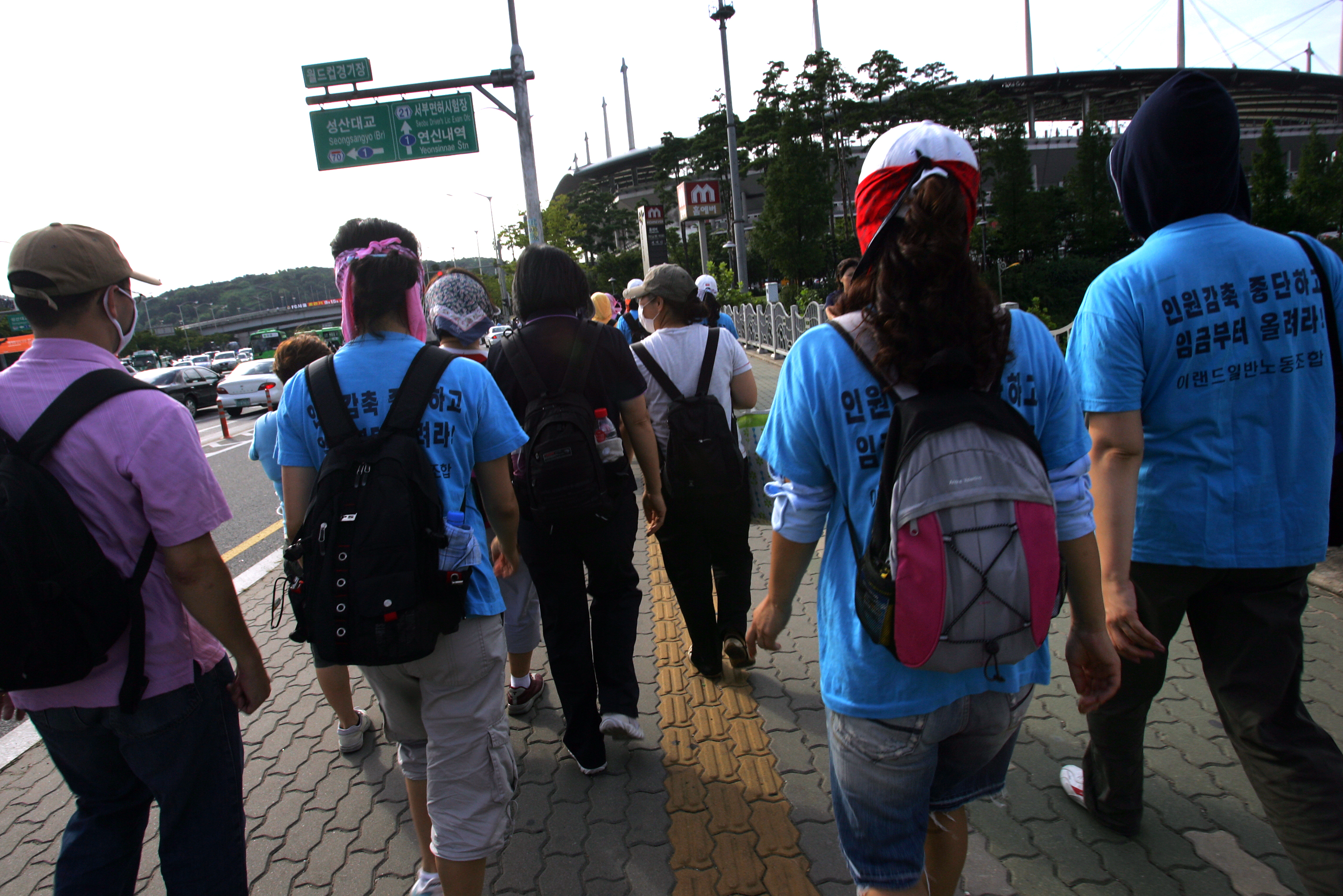 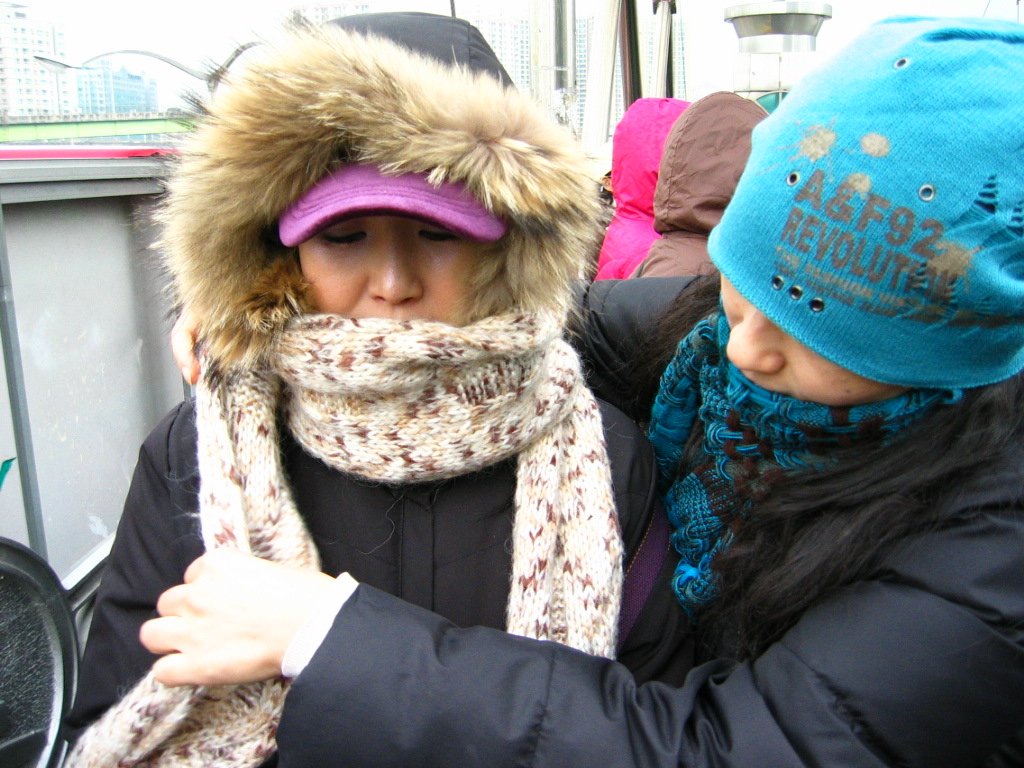 Wea Bak: Stayed Out Over Night?

Working at the super-supermarket Homever occupied the Worldcup Stadium store. It was the first sit-in at a retailer led by women, who were until them leading ordinary lives. The originally-planned 2-day 1-night strike went on for 21 days. During the sit-in, they enjoyed temporary freedom and happiness, free from work and housework. Their struggles became the epitome of struggles of casualised women workers. However, there was no easy solution.

Married women usually need a longer time to get ready for going out or going to work because they need to cook for their family and clean up their house before going out. But what if Wea Bak (literally means 'staying out overnight'), not going out? And a very special one at that. At night on 30th of June, 2007, over 500 female workers of Homever, the nation's major retailer, occupied the checkout counters at the World Cup Park branch. They were outraged about the ruthless layoff of their employer. After all, the originally planned two days one night strike went on for 510 days.

What does the longer-than-expected strike at Homever look like? The strike led by those female workers looks cheerful. Unlike what has been reported by the press, their sit-in is full of people singing, dancing, chatting and sharing food, rather than those chanting violently and raising their thick forearms over their heads. At the very place where they had to work, without a word, standing on their feet all day before the strike began, they listen to the life stories of their colleagues, share food and claim their rights for the first time.

Those women staying out overnight, who have been no more than housewives as 'private beings' and have not been allowed to have public places, find themselves stuck in their home and open their eyes on the rights of female workers. Their shouting of "Do not call us Ajumma!" at their male colleagues would be one of the most spectacular scenes in the film. It is a strike based on ethics of relationship, not power dynamics. There is a saying that three women make a market. In reality, this strike liberated the long-suppressed voices of women, reverberating through the male-dominated society. [Eun Yu]​