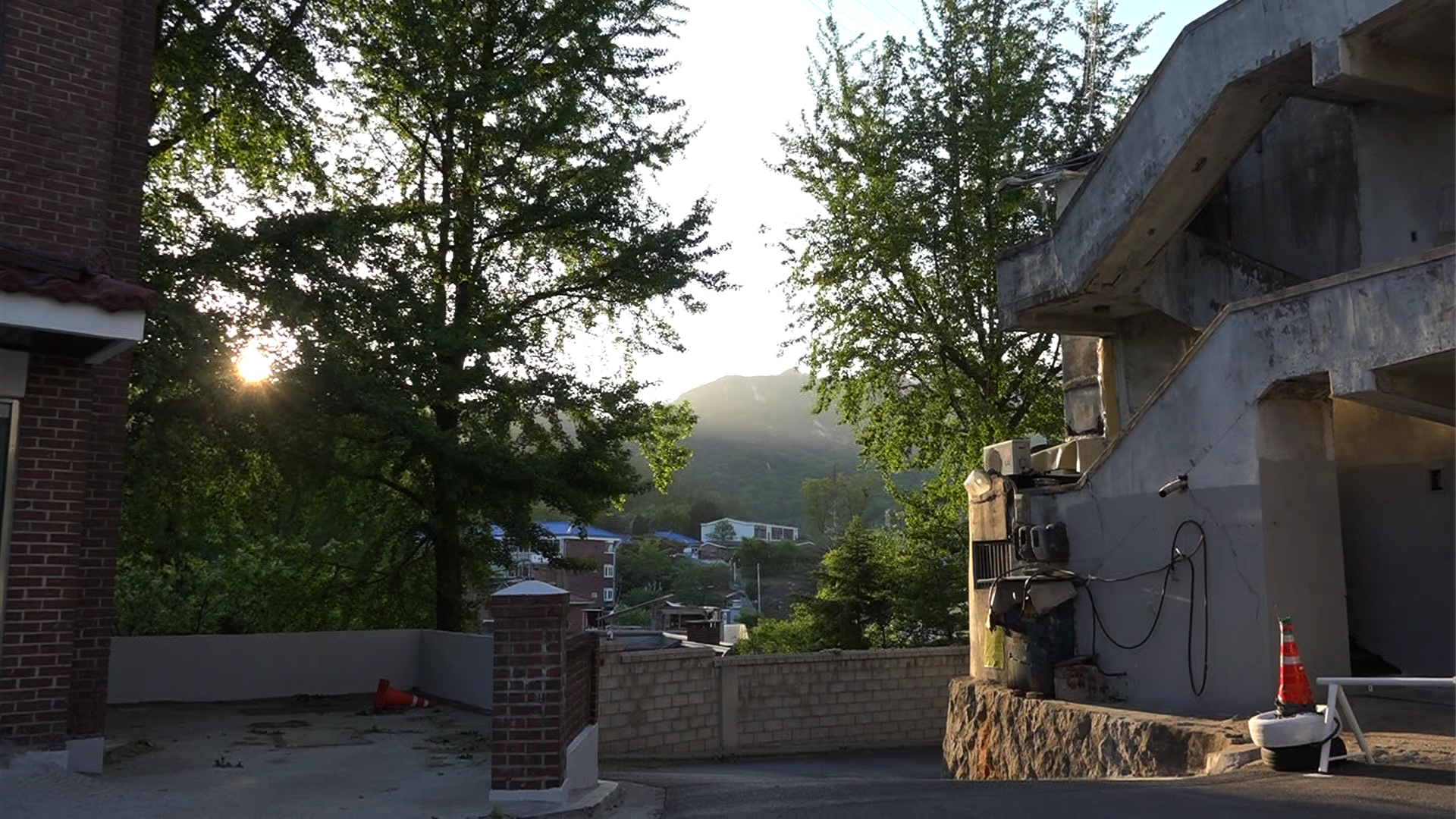 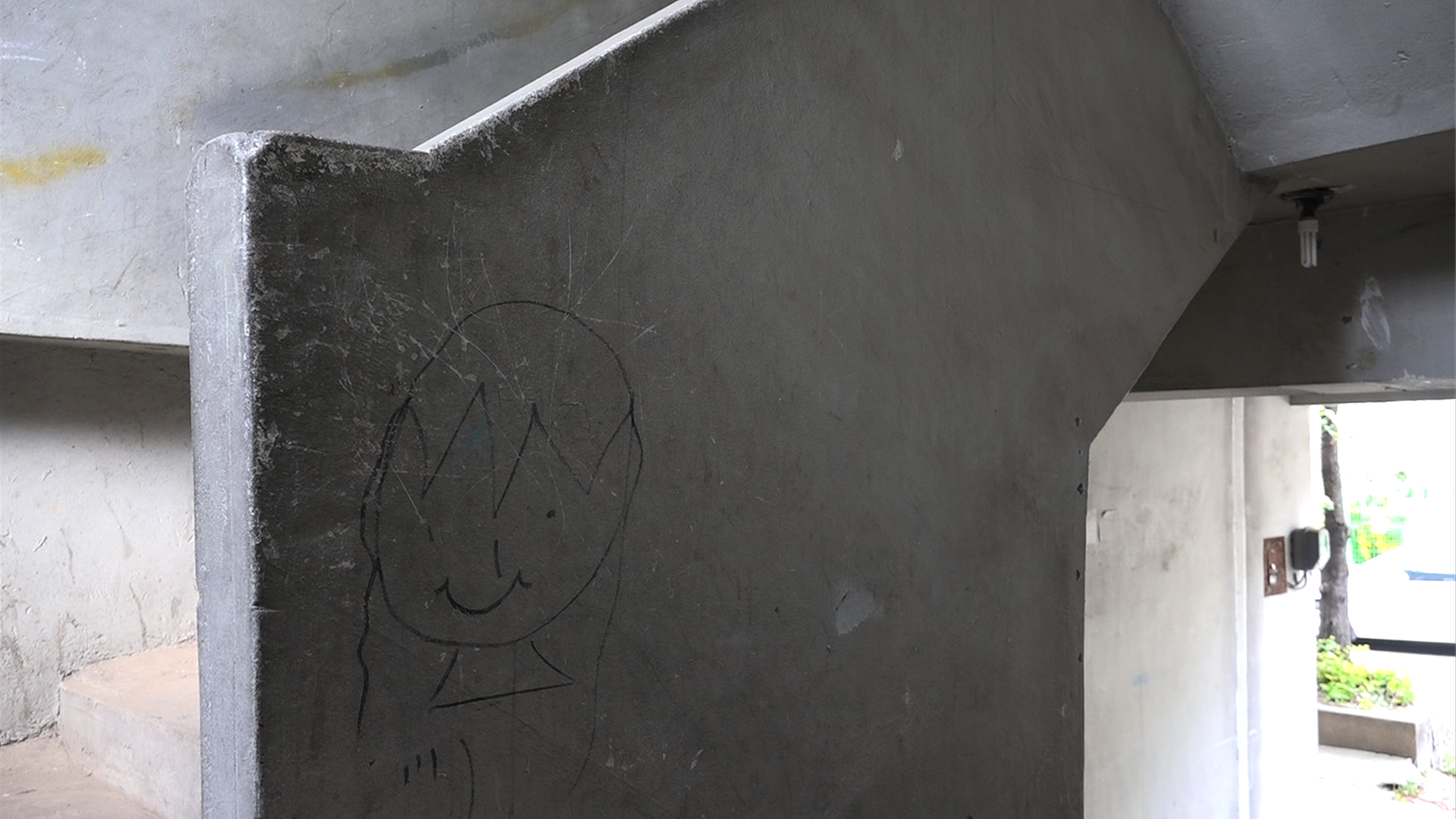 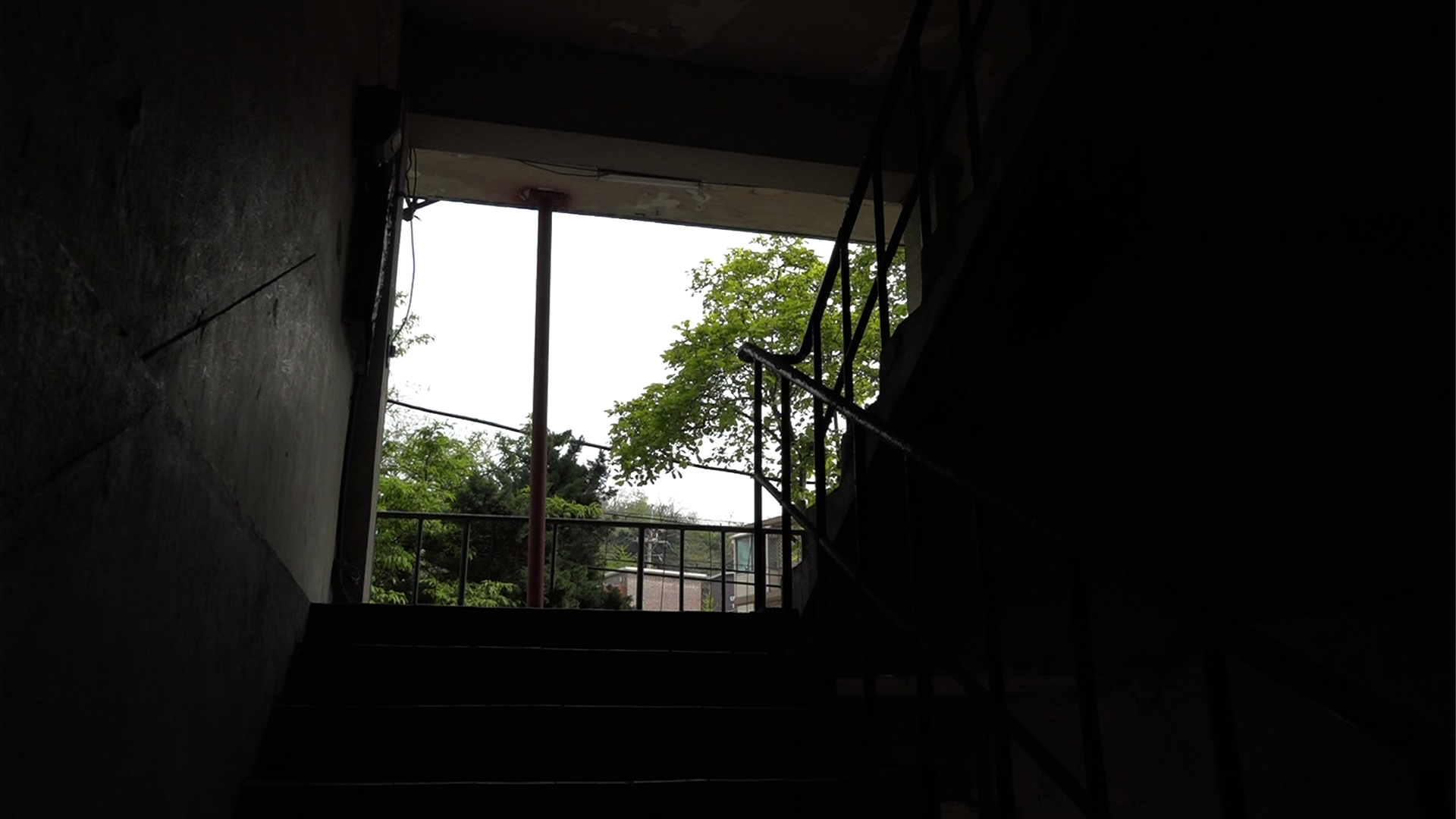 Sky apt. which was constructed in 1969, had long been designated as Disaster Dangerous Facilities. Looking up the concrete building that may collapse soon, suddenly I felt the sensation of shaking my teeth in childhood.

The gray townscape unfolds around Kookmin University in Seoul, when the film starts. And the narration about eyes, nose, ears and mouth begins to be heard with the movement of the camera panning slowly." The eyes, they softly unfold and fold..." The narration with a calm voice sounds like a spell that makes us lose ourselves in the film. If the audience are captivated by it even for a bit, they could adapt to the way of watching which asks for them without difficulty.

The narrator talks about the events of her childhood one after another, which her body remembers, based on her family history and an apartment. At the moment, the audience indifferently looks at the Sky Apartments shortly before demolishing and the surrounding landscape along with the camera stopping or slowly moving. The reason is because the careful narration with secret stories catches the ears and eyes. The audience cannot help listening to the voice, fixing their eyes on the screen.

If the narration pauses for a moment, only then they could look in all the corners of the screen. They express the curiosity about what the next story is by that manner. It seems that the forlorn look of all the things filmed reflects on the narrator's mind on the screen.

In the final scene we reach passing the short run time of 36 minutes, the Sky Apartments are beginning to be demolished, and the narration presents again the story of eye, nose, ears and mouth, as if it let us know the time to come out of the spell. [Park Hae-cheon]