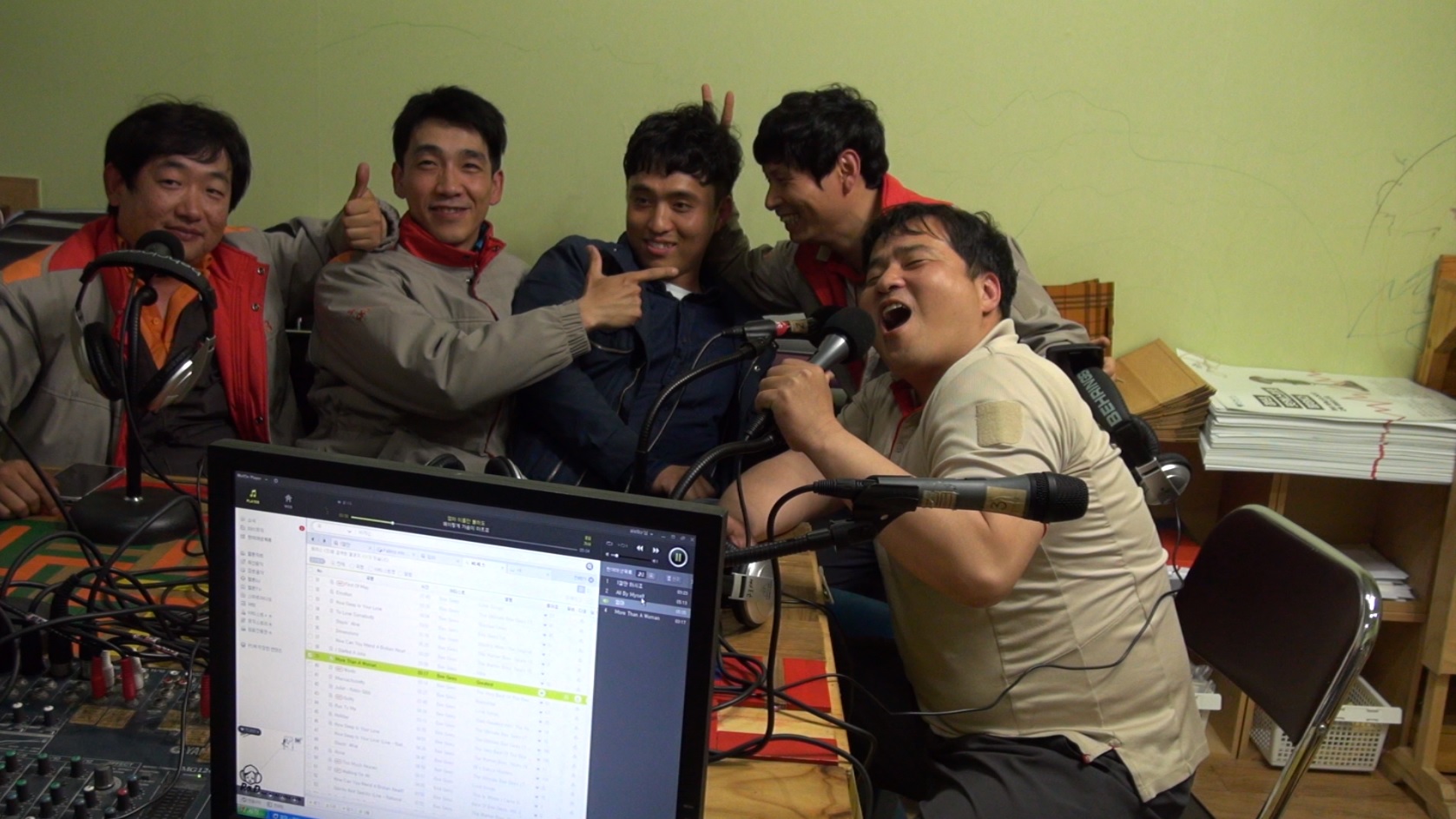 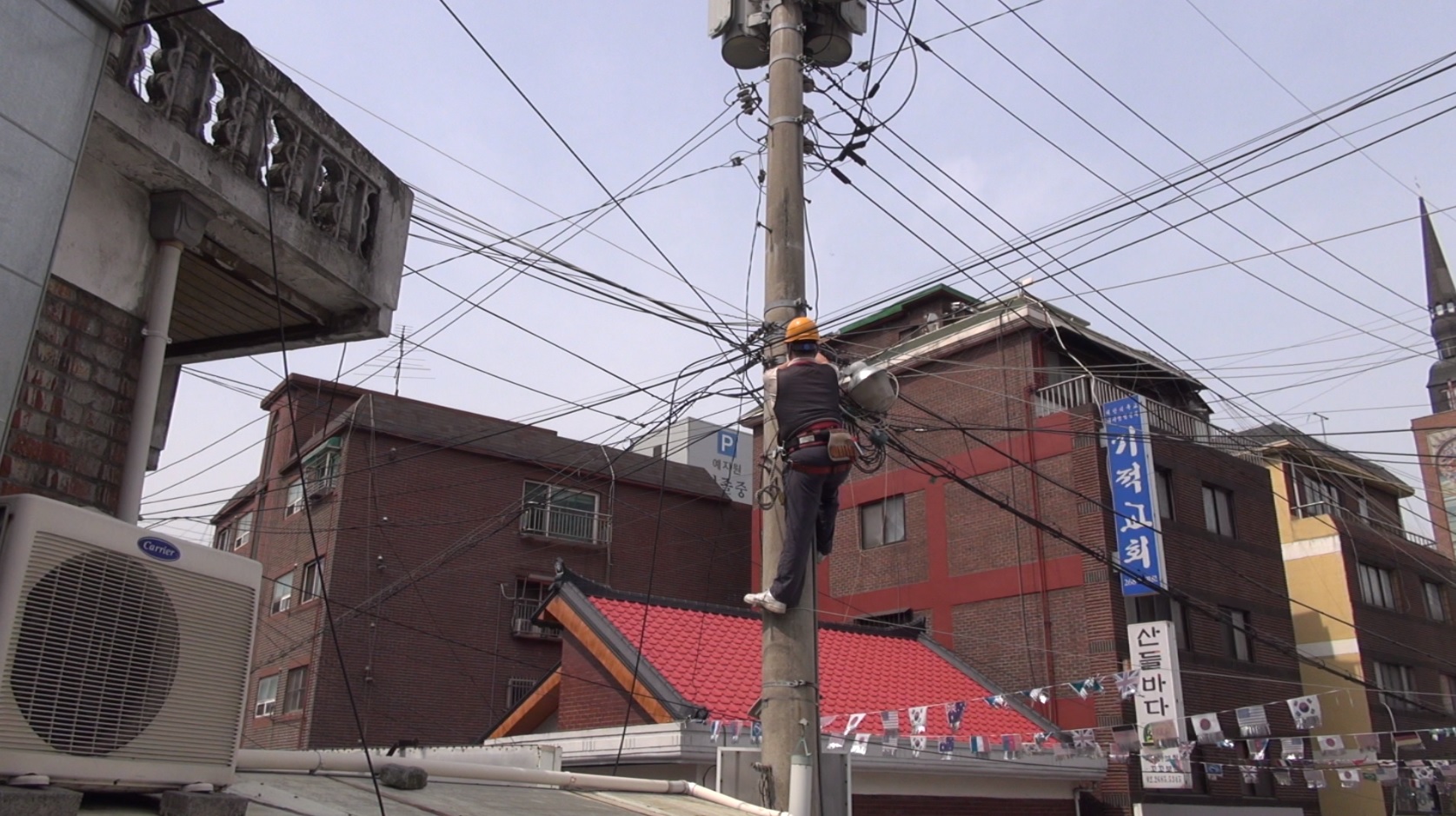 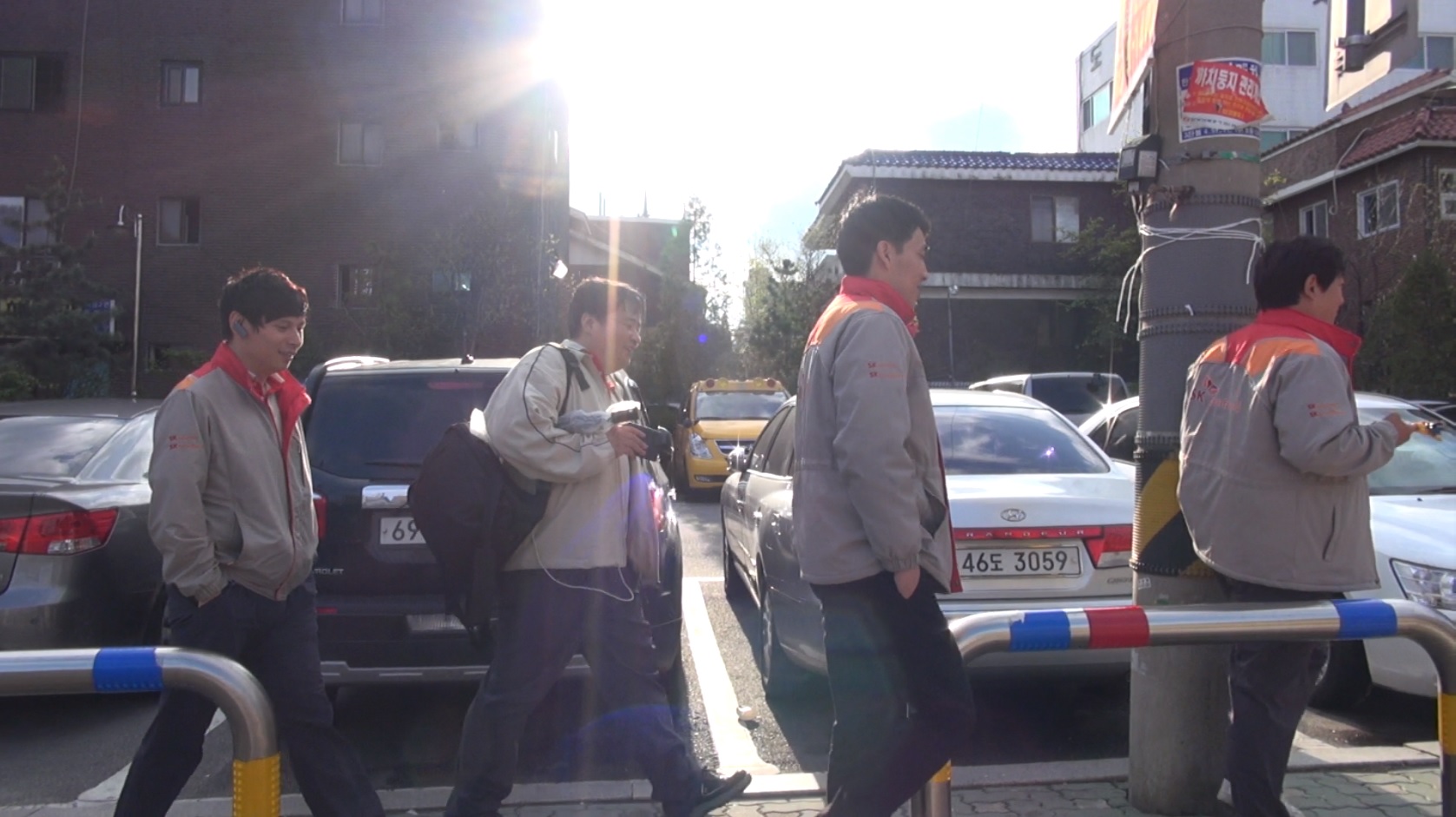 What happens when subcontracted precarious workers turn into podcast DJs? Subcontracted precarious workers at the SK Broadband, Inc. began a podcast titled 'Workers Have Changed,' to broadcast the story about their strike for job security. The podcast studio becomes a theater of their life as they share their stories. They finally achieve a victory when they successfully change their employment status from precarious to regular, but their monthly income gets cut in half.

<Play On> is a story about the internet installation engineers’ union belonging to subcontractors and their movement. The image of workers gathered to host a radio program once every two weeks represents this community and the film shows it as a major union activity. The workers’ grumble and laughs along with the host seem to be far from the slogans and rally at the scene of the strike. While bringing out silly jokes and gossiping about rude clients, their emotions become confession of themselves and attention and love trying to listen to their colleagues.

Union members of <Play On> come to the audience pleasantly at first, but each given labor circumstance is actually very competitive and unstable. The camera follows severe labor scene of the internet installation engineers belonging to subcontractors who have to do the work to earn their living. Under the sun, drenched with sweat, hanging on telephone poles, they have to put on a smile not to be fired for low scores marked by the clients even though they think buying gears and equipment with their own money unfair. Union members laugh at each different bitter episode but never be circumlocutory when they speak up about the social structure which created this labor environment. Although they get less work and get paid less for participating in union activity and sit-ins on the streets, so they do part time jobs, the value “Live like a human being” they try to protect keep shining. [Lee Jeong-bin]