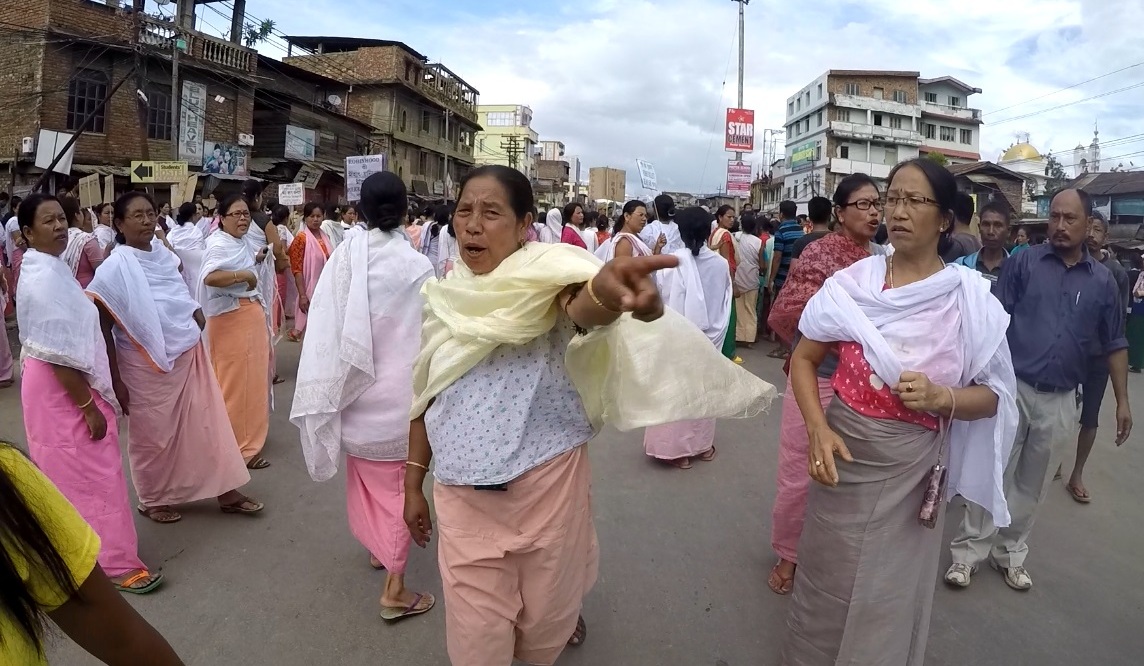 Phanek is the ethnic wear commonly worn by women in Manipur area, India. In this film, this garment has double meanings. Firstly, the garment is a symbol of misogyny and female-gender segregation. As a garment tainted by women impurity, it should neither be touched by men, nor be washed along with men’s clothes. This is a typical misogynic culture in which female bodies are considered to be abject. Moreover, the Government of Manipur makes school girls’ wearing of Phanek compulsory in the name of preservation of traditional culture eaten away by Western one. In this manner, Phanek is used as a tool for male-centric nationalism. When the film reaches the middle of its duration, however, Phanek is transformed to a symbol of women’s empowerment. There are constant military tensions residing in Manipur area located in the border lines between Northeastern India and Miyanmar due to the opposition between government forces and the rebel army group—demanding the establishment of independent socialist government against government forces. Sexual assaults and rapes are almost institutionalized in this area, and safety for women is always threatened. Under this circumstance, women in Manipur area including young school girls, middle-aged women, etc. develops a ferocious resistance. It is quite touching to witness the scene when women encourage one another exclaiming “Girls, wrap the phanek!” in the midst of heated protest accusing violent acts conducted by soldiers. In the early part of the film, it seems to be a case study of misogynic practices on female bodies and femininity, but the film flows unexpectedly in the middle of the political situation of Northeastern India, and in the exquisite political protest. [Hwang Miyojo]