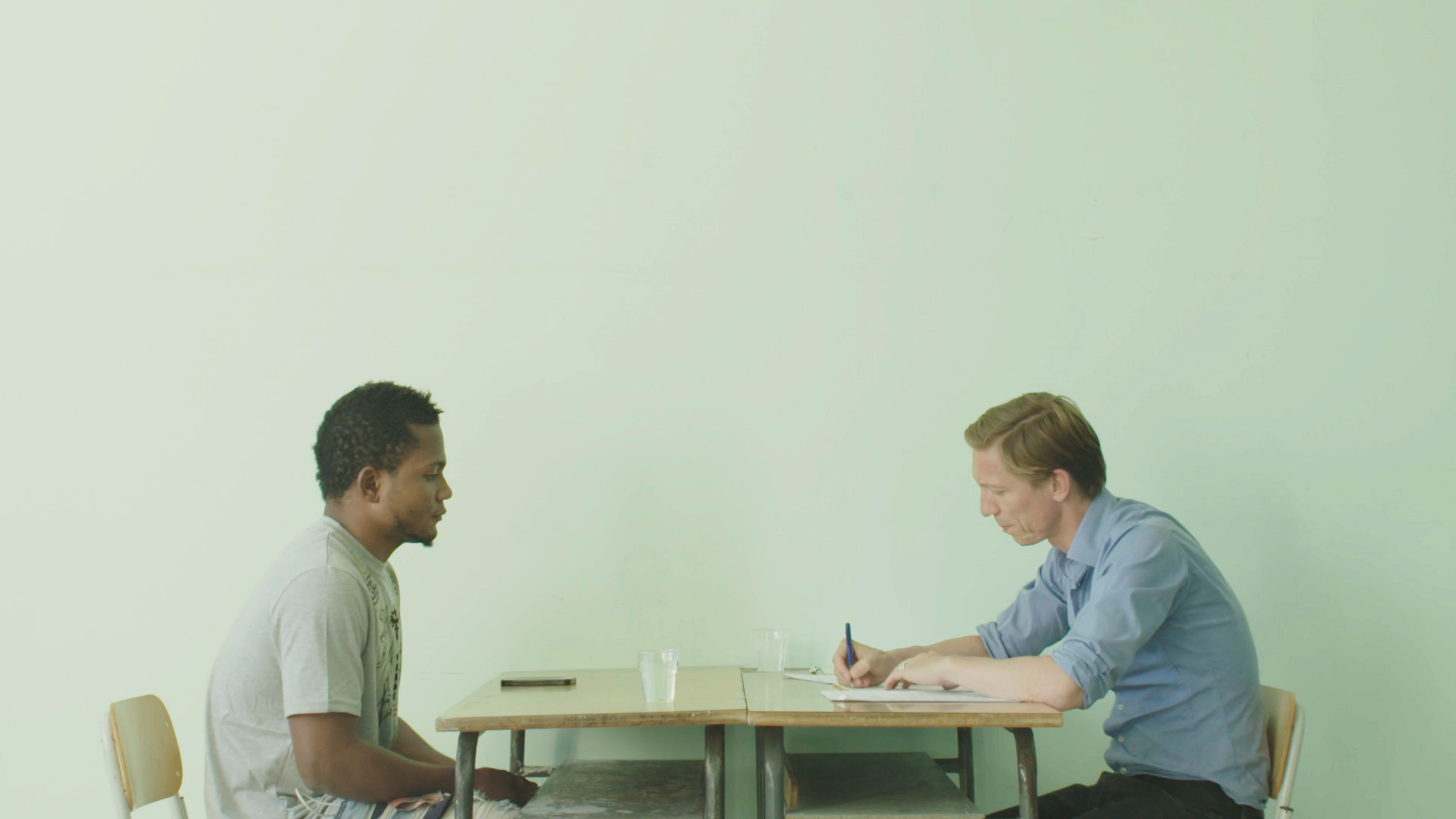 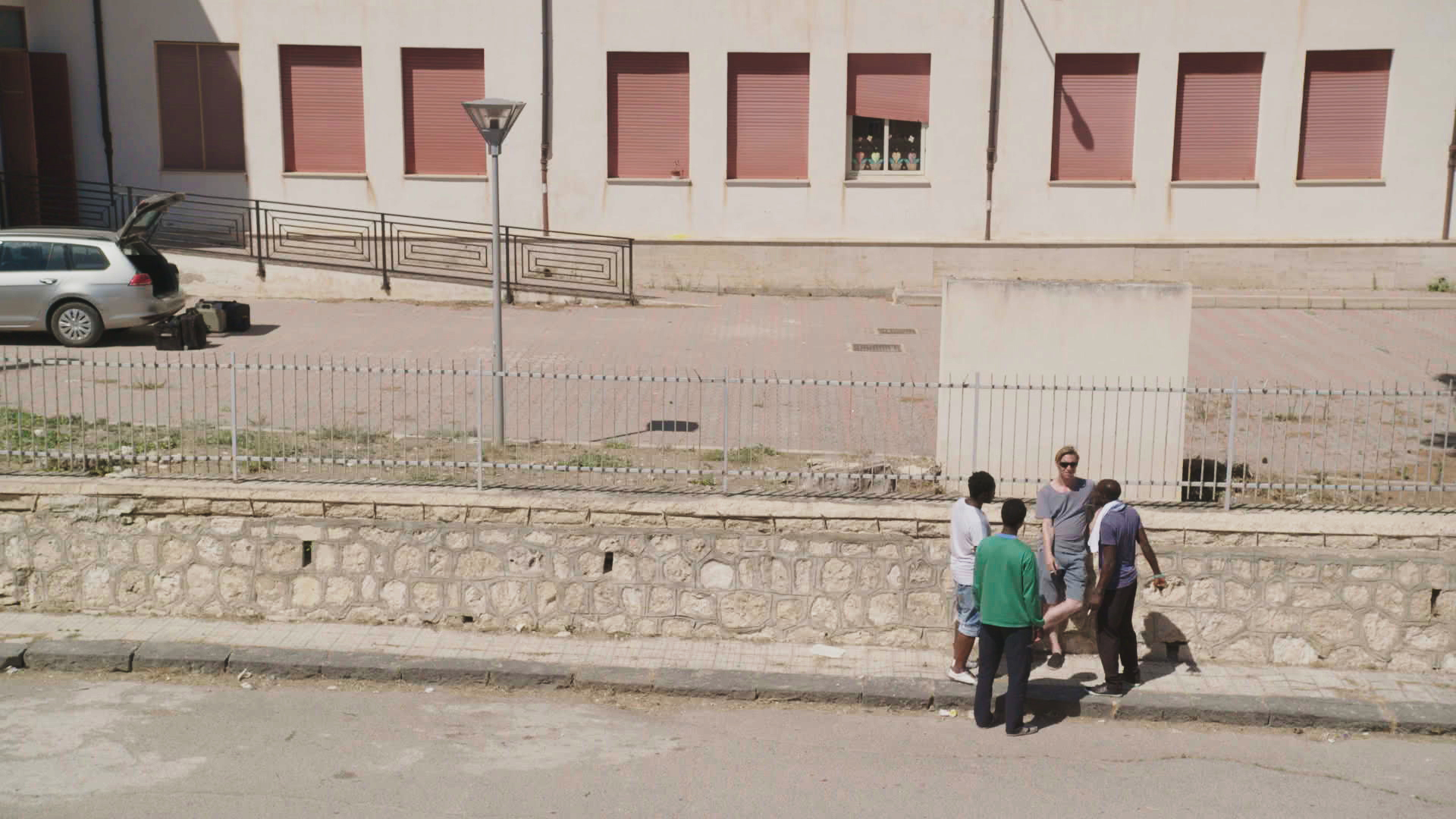 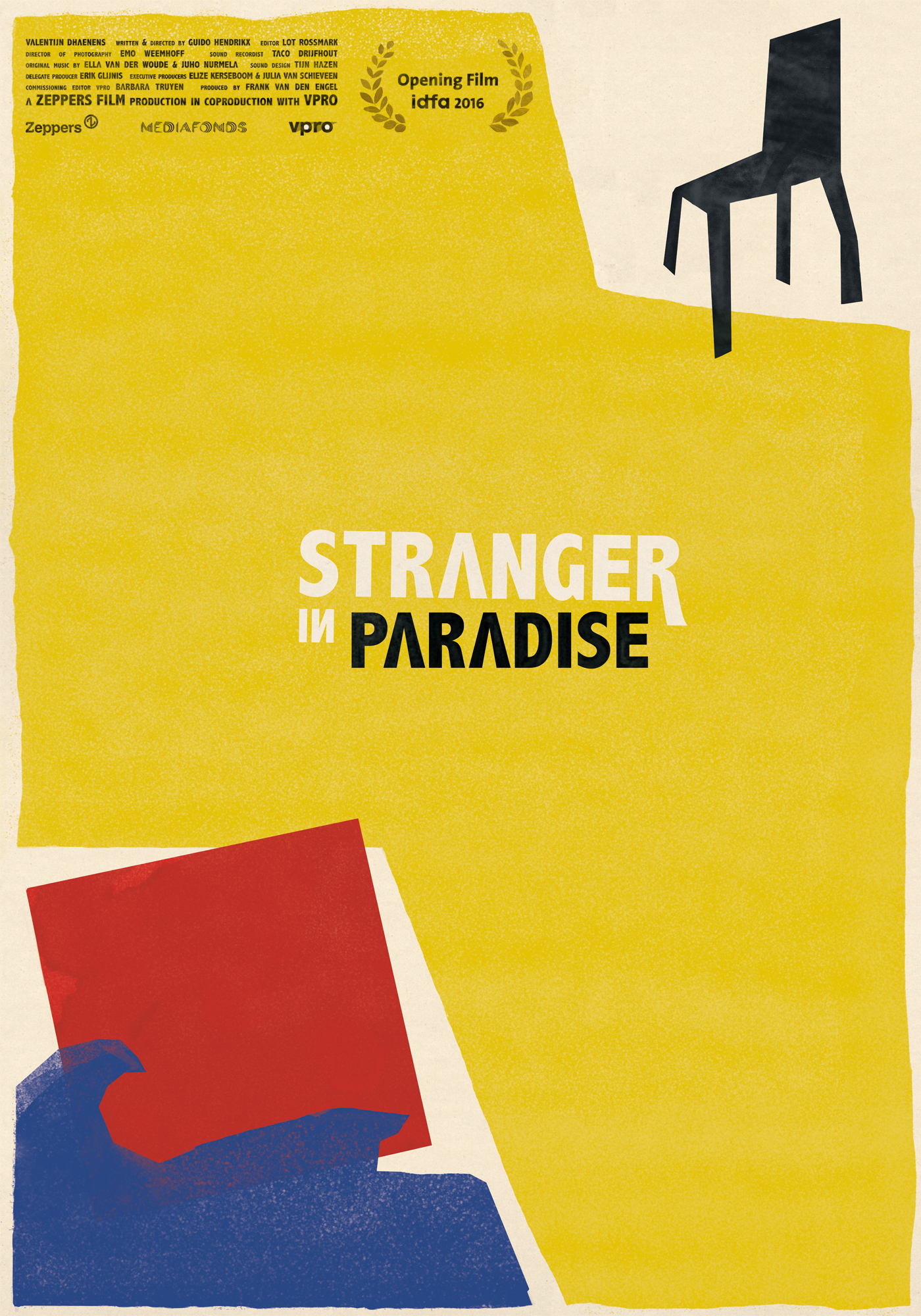 In a classroom in Sicily, just inside the walls of Fortress Europe, recently arrived refugees receive lessons from a teacher (Valentijn Dhaenens) who has some rather unbalanced traits.

One moment he mercilessly rejects the refugees—the next, mollifyingly, he embraces them. Operating at the intersection of documentary and fiction, Stranger in Paradise investigates the power relations between Europe and refugees​

The rhythmical montage of film footage with narration over commands attention for the first five minutes, when the film starts. From the image of The Arrival of the Train of the Lumière brothers to the history of the 20th century that people in the southern hemisphere moved into the northern hemisphere, the documentary presents the philosophical thoughts and images about the diasporas. The war, invasion, violence, change of borders, colonialism, and competition for limited resources, what have they resulted in now in the 21st century?