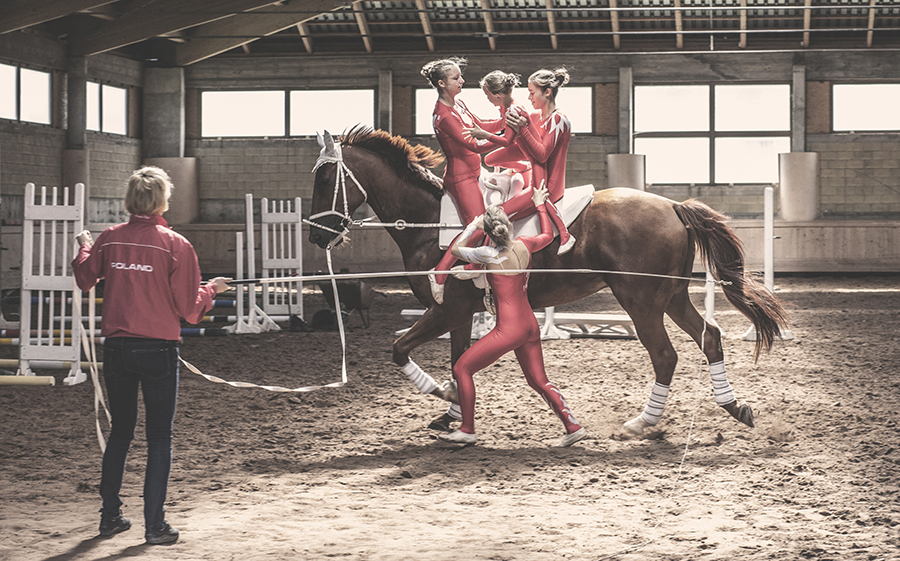 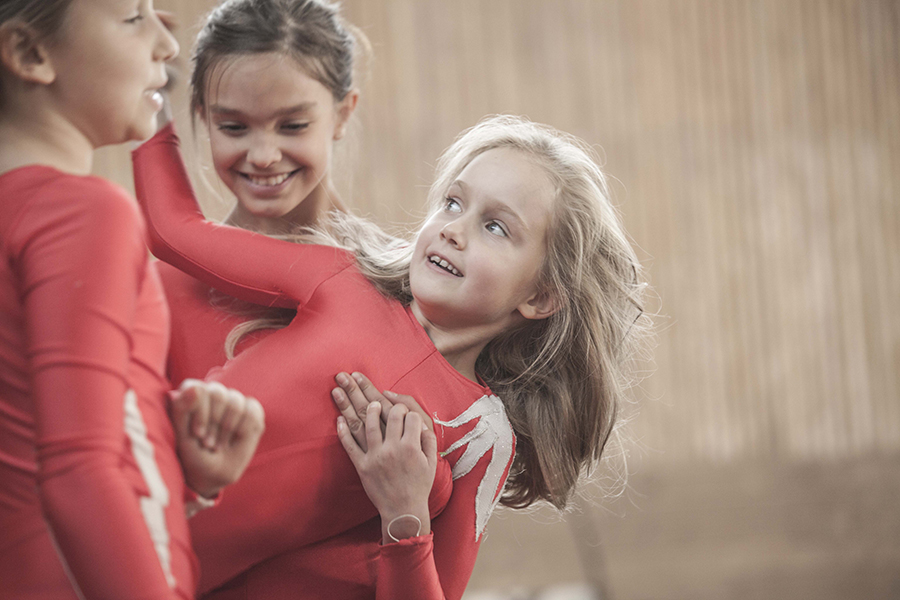 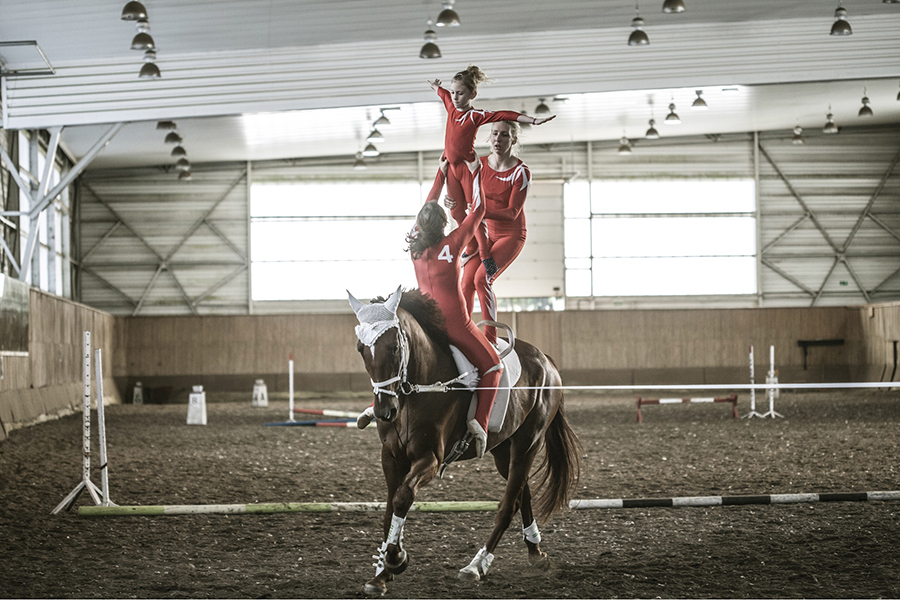 Zuzia is twelve and she’s been training as an equestrian vaulter for several years. She’s the ‘top mounter’, the capstone crowning their human pyramid. During a training session, it turns out that the moves she’s involved in lack grace and lightness. She’s grown and, in the end, the older team members admit that they don’t have the strength to lift her anymore. She’s going to have to find a new role within the group.

Featuring girls gasping for air, horses with strong muscles, and slow-paced yet beautiful scenes, Volte is a short film about girls participating in acrobatics training. It is not a circus fantasy, but a backstage documentary on the lives of actual people. 12-year-old Zuzia is a member of an equestrian circus troupe. Her team is composed of girls aged between 8 and 20. With alertness and endurance, they are training for improving flexibility. They have to stabilize their bodies while balancing themselves on a running horse. But when the season practice starts, Zuzia’s body does not feel right. Volte reminds one of coming-of-age films. The film cheers up the girls who fully trust each other during training and also seems like a psychological genre focusing on physicality of girls of different ages. Zuzia repeats mistakes on the horse. With confusion of her figure after developing secondary sex characteristics, she might have entered nervy adolescence, leaving the childhood behind. Contrast between the beauty of an innocent girl and the sturdiness of a horse makes sexual tension implicitly. Thanks to this metaphor, the moments of monotonous training become fascinating enough to captivate the audience. [SONG Hyojeong]