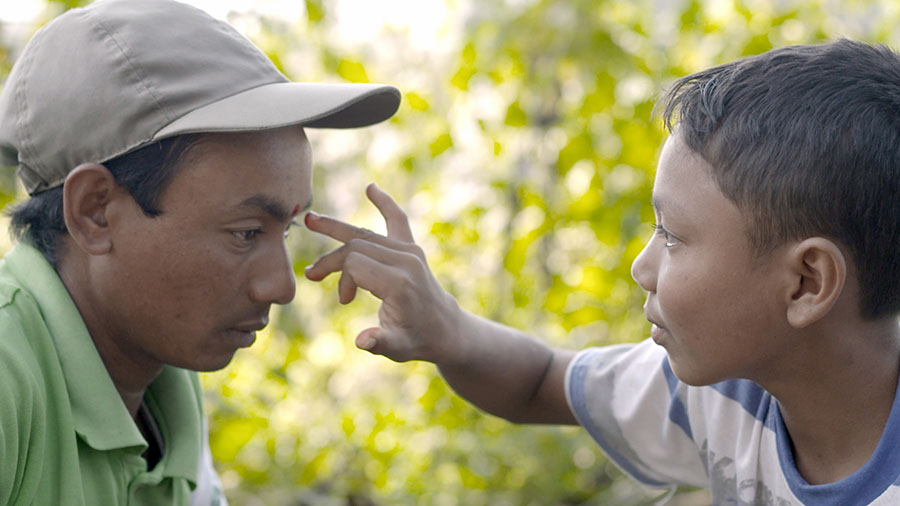 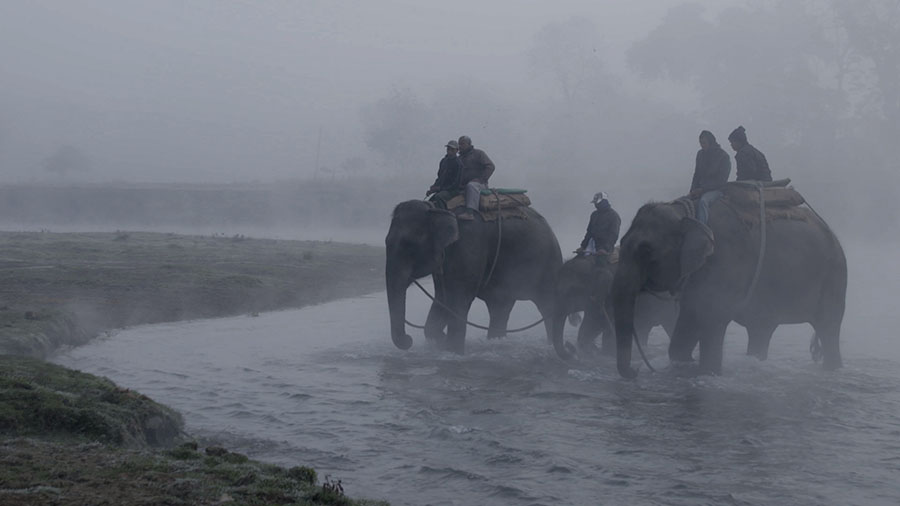 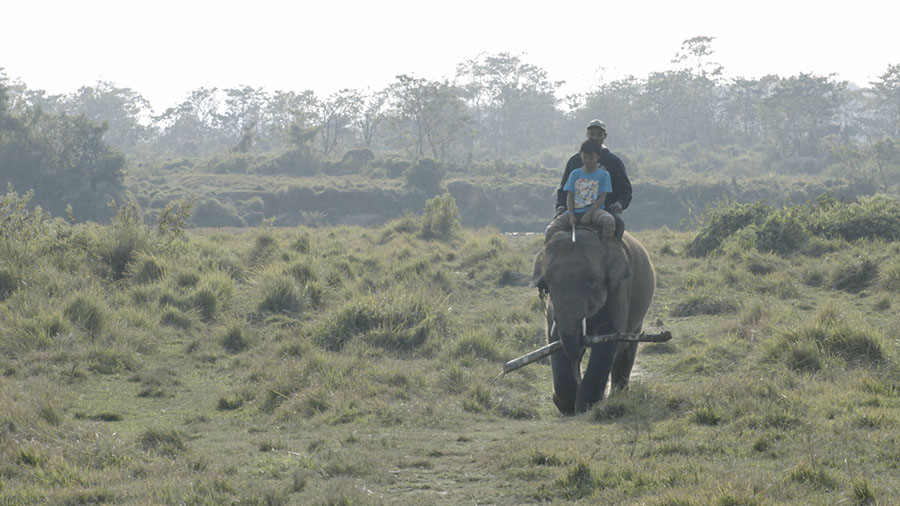 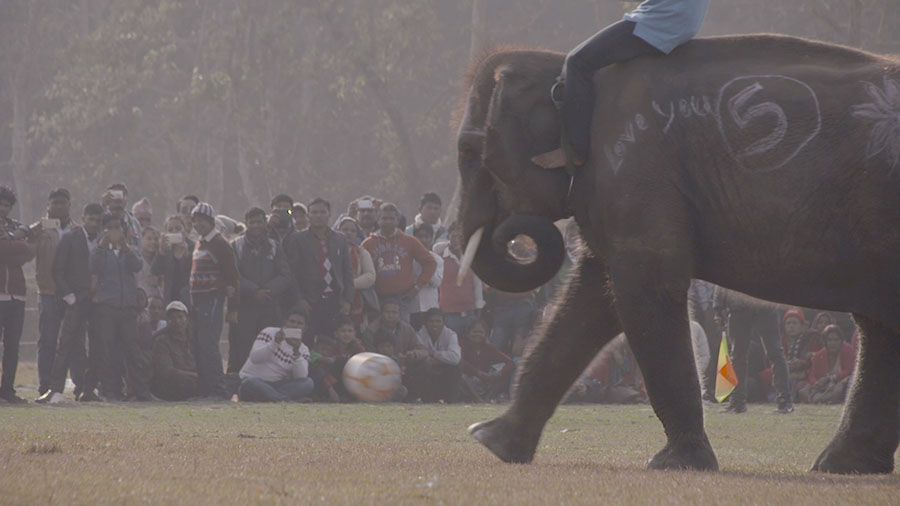 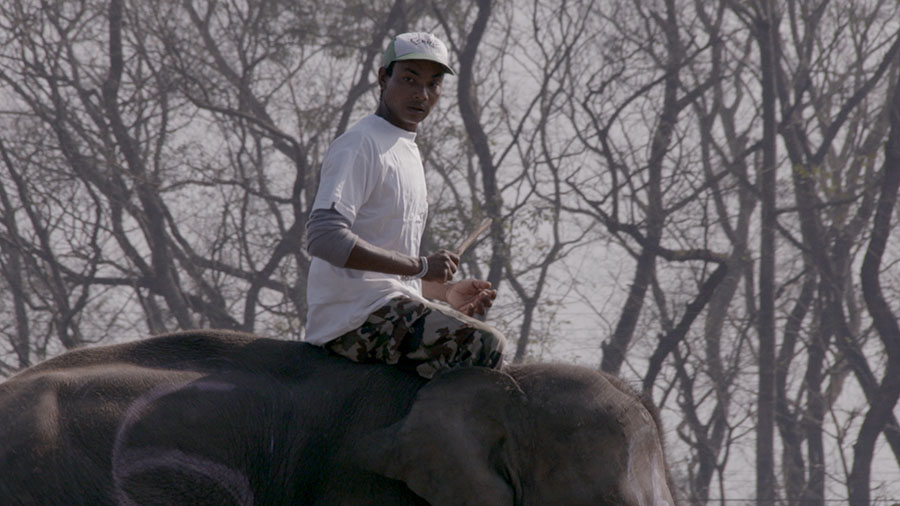 A 12-year-old boy in Nepal, Chris’s favorite thing is Dad and elephant. Because of the elephant trainer dad, Chris has been familiar with elephants since childhood. The annual elephant festival is approaching, and Dad trains the elephant harshly. The adolescent boy is disappointed and hurt by his father’s appearance. What will happen to the future of dad and son who love an elephant?

"Chris, an 12-year-old boy living in Chitwan, southern Nepal, tags along with his father, Krishna, who is an elephant trainer, and stays by the elephants all day long. It gives him the greatest pleasure to feed and bathe the elephants, and when a baby elephant is born he can’t care less about school. His father learned his skills from his own father, and so it seems likely that Chris too will become an elephant trainer soon. However, elephant trainers are constantly exposed to grave dangers that could cost them their lives, and receive very little economic or social rewards for their hard work. Therefore, Chris's father doesn’t seem happy about his dream. The Elephant Breeding Center, originally set up to protect elephants, now uses elephants as a means of entertainment rather than ensuring their safety and co-existence. The annual Elephant Festival, which attracts over 500,000 visitors, needs more and more elephants. As they keep only female elephants that are easier to train and drive male elephants out into the wild, the male elephants linger around the center in search of their families. The sacred animals of Hinduism learn to submit and give up, their ankles bound by chains. They must play ‘the elephant soccer’ to make profit for men. The trainers whose job secrity depends on the outcome of the game treat the elephants more and more harshly. It nearly stops our breath to see that those owning the elephants and supporting the soccer game are all foreigners.

Director Park Hwansung met them for the first time in 2011, and after multiple meetings completed his project The boy and the Elephant, which was introduced on TV. The director couldn’t forget them however, and secured a production budget through Asian Pitch, a program launched by public broadcasters in Korea, Japan, Singapore and Malaysia to provide support for outstanding Asian projects. He visited them again in 2016, and found that the elephants were still being harshly trained for tourism. The trainers had no choice but to pick up their whips, and Chris who’d grown up so much was still with them.

Park meant to make another trip in 2017 and put his works together but unfortunately the plan was never realized. The film Elephant Boy nearly disappeared altogether. Thanks to the help and support from the late director’s friends, family, and colleagues, the film was later completed. Under the heavy weight of sorrow and responsibility, they must’ve spent many a sleepless night trying to fulfill the hopes and dreams of the late director. He was ever so difficult to please, so I wonder how he would have responded to the film. [HAN Kyungsu] "​