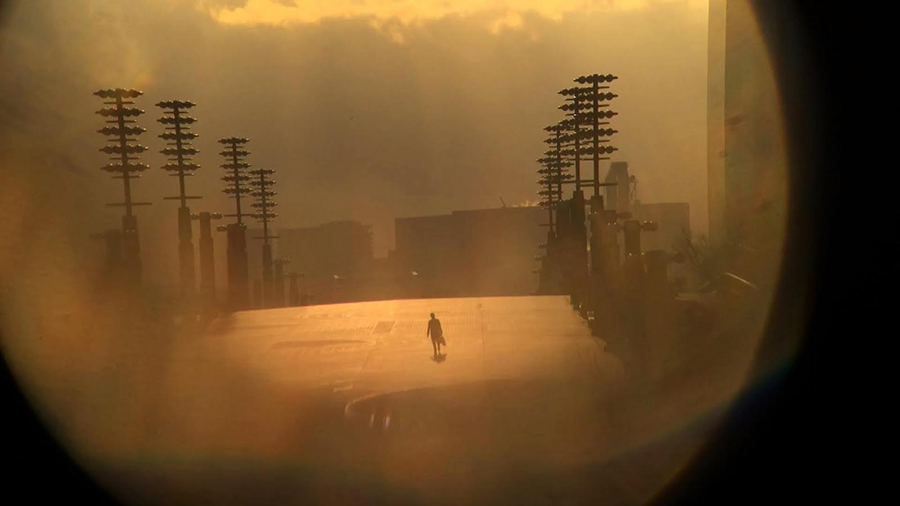 Ah Humanity! reflects on the fragility and folly of humanity in the age of the Anthropocene. Taking the 3·11 disaster of Fukushima as its point of departure, it evokes an apocalyptic vision of modernity, and our predilection for historical amnesia and futuristic flights of fancy. The images were shot on a telephone through a handheld telescope, at once close to and far from its subjec.

Lucien Castaing-Taylor and Verena Paravel, well-known for Leviathan, co-directed this short film with Ernst Karel. Ah, Humanity! presents unique images of construction sites in the countryside and urban landscapes in cities around Shimizu, Japan. The original installation, consisting of a single-channel video with the four-channel sound, is brought into theaters. The first thing we notice is the unstable, restricted vision. The projected images (shot on a telephone through a hand-held telescope) highlight the perverse pleasure and uneasiness of voyeurism. The ominous sound heard throughout the film remains a mystery, and only after the film ends do we realize that the sound is borrowed from such films as Black Rain (1989) and Godzilla (1954), which depict catastrophic situations set in Japan. When the sound from films with the darkest views of the reality and future of the mankind brutally encounters specific scenes from today’s Japan, the menacing energy is conveyed to the audience more blatantly than ever. [KIM Bonyeon]