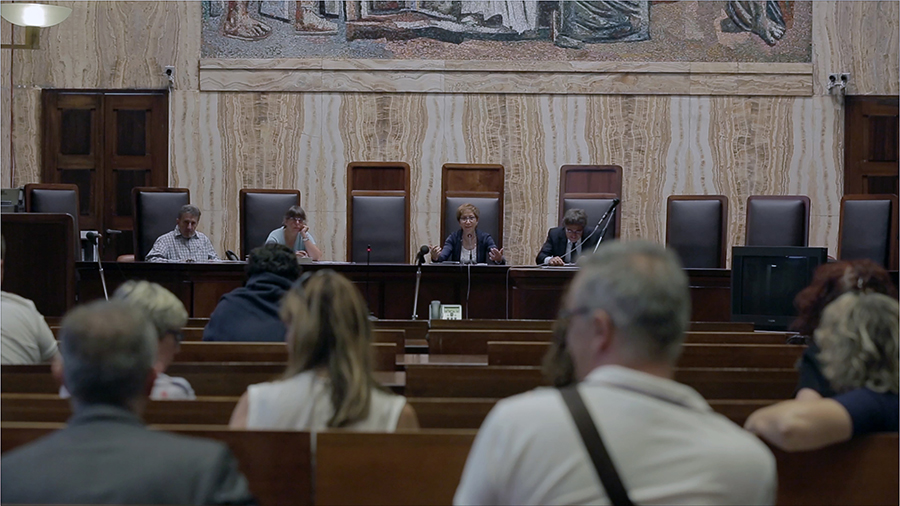 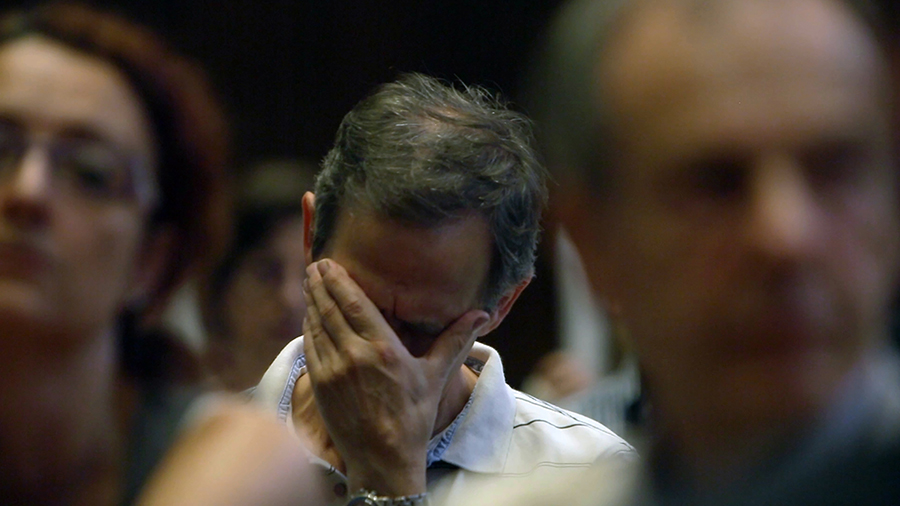 Sixty italian citizens, randomly selected by a computer system, take their places in a courtroom of the Italian Assize Court of Appeal. A happy chance for the candidates, in fact the sixty citizens will pass a whole day between the wall of the Courtroom, waiting to know if they will be chosen, regardless of their will, by the President of the Court to ascend to a role which many of them didn’t know existed: being a popular juror.

The Call focuses on a space of the Supreme Court in Italy. The people, gathering for their duty of a citizens' jury, were picked randomly by computer, contacted the day before, and rushed to the court. The film captures a day spent in this space where 60 people are waiting. They sit down, listen to an explanation, interview and wait. As only six people are present at each trial as citizens' juries, the called citizens must wait indefinitely to know if they will be chosen. And they have to go back. The film begins and ends without explaining the duties and the system of the citizens' jury in Italy. It invites the audience to experience the entire process by showing the space instead of adding explanation. Through the eyes, actions, questions, and whispers of waiting people, it gives us a real experience of the citizens' juries, just as we sit by them. The reaction of the waiting people reveals the absurdity of the citizens' jury system. The first feature-length documentary film of Enrico Maisto is reminiscent of Frederick Wiseman known as the father of direct cinema but also give a chance to meet the new ways of observation in the digital generation. [LEE Seungmin]