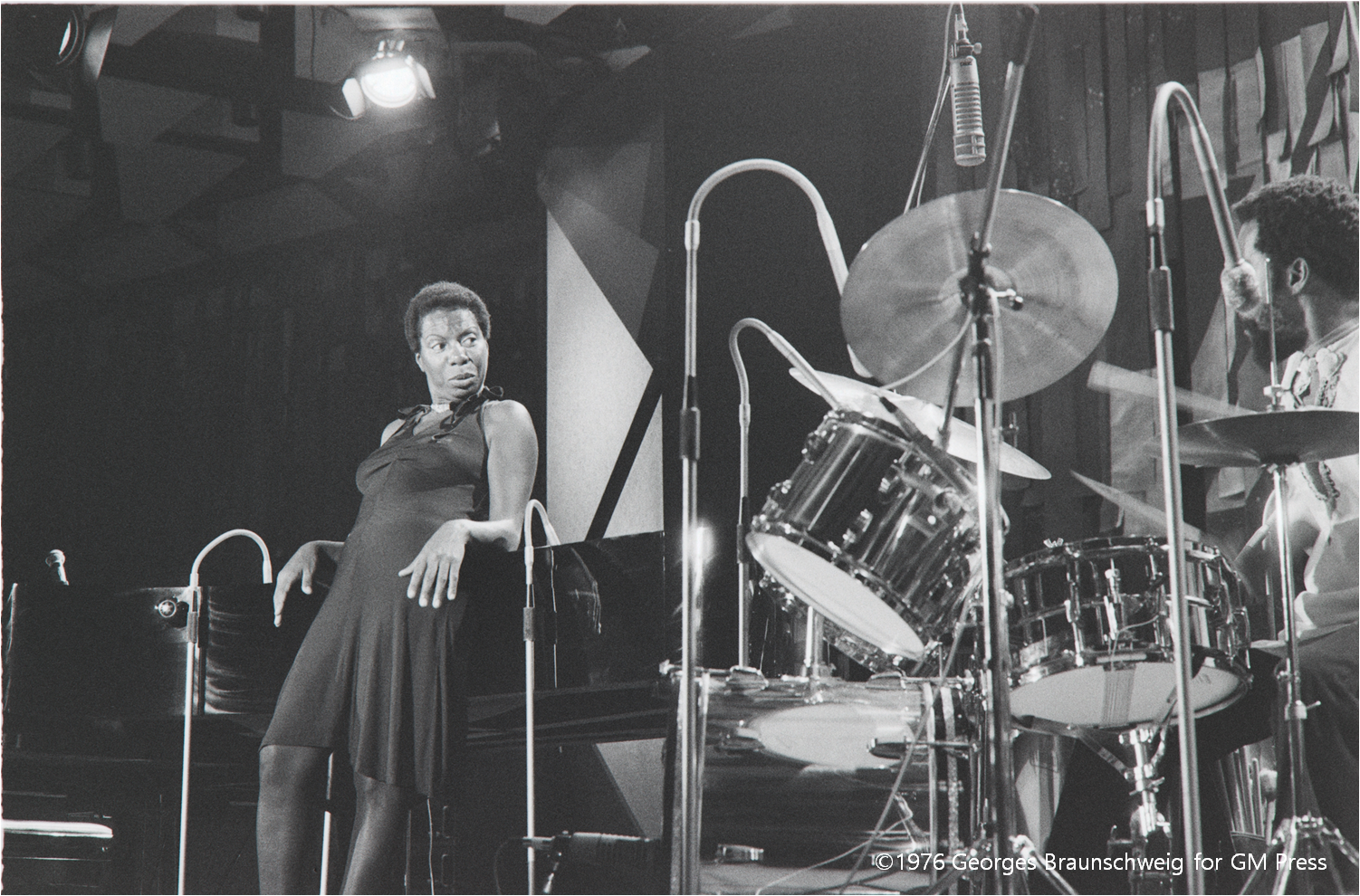 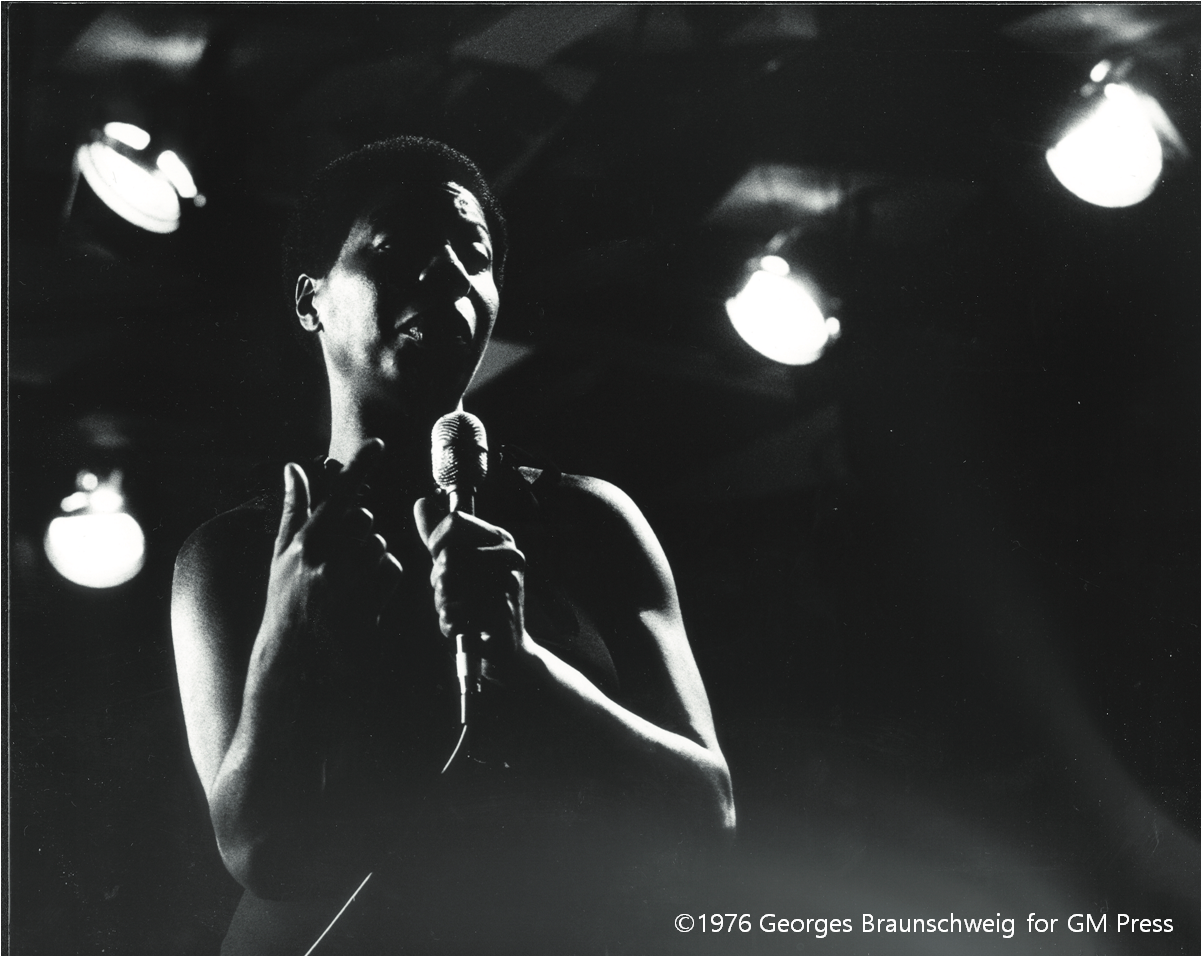 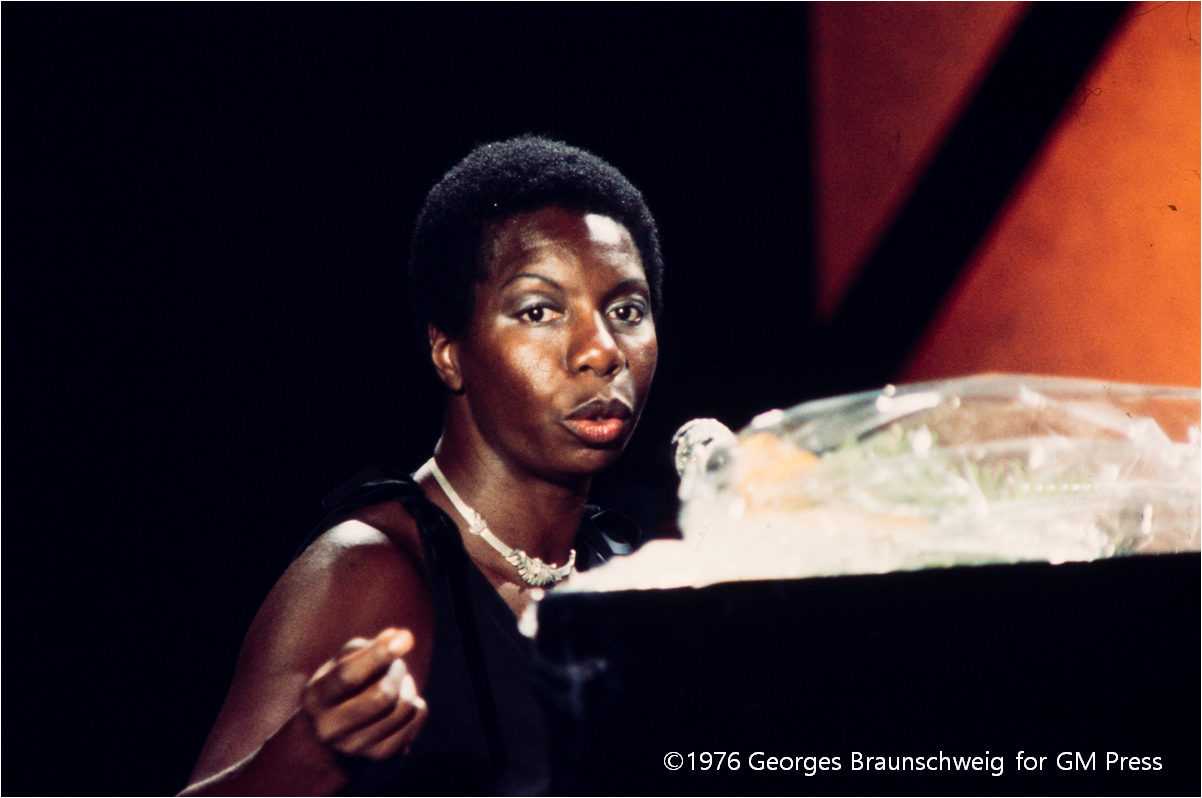 Nina Simone, one of the truly great female vocalists of the 20th century, made appearances at the Montreux Jazz Festival between 1968 and 1990. In a powerful performance filmed live in 1976, she sang a selection of great songs including 「Little Girl Blue, Stars」 and 「I Wish I Knew How」. Always provocative and steering close to the edge, she was often at her best in a live environment and this film captured her in fine form.

Watching a performance by Nina Simone does not mean enjoying music. She never puts us at ease or smile. Rather, she stares at the audience with a fierce look in her eyes. To the mostly white audience gathered in Montreux (half of whom are men), she asks if they know anything about the sorrows of a black woman, and explains that she left the USA 6 years ago to avoid racism and now wanders around Europe as an exile, thereby creating an invisible tension between the stage and the audience. She starts off with Little Girl Blue played in baroque counterpoint. It is then followed by Backlash Blues, a song dedicated to the memory of Langston Hughes, which carries the essence of the American black music. Only when Nina Simon is on the stage can we witness such a wide musical spectrum flowing naturally from someone’s fingertips. She is at once a singer, a pianist, a dancer and even a public speaker. She keeps the audience mesmerized under her spell. At the same time, we are duly warned against our own prejudices. This is certainly a historical stage out of all her numerous performances. [HWANG Deokho]