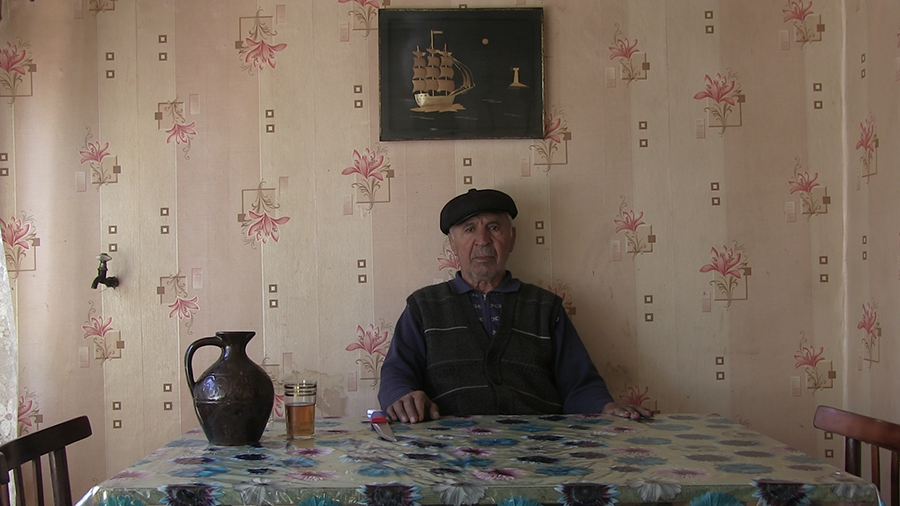 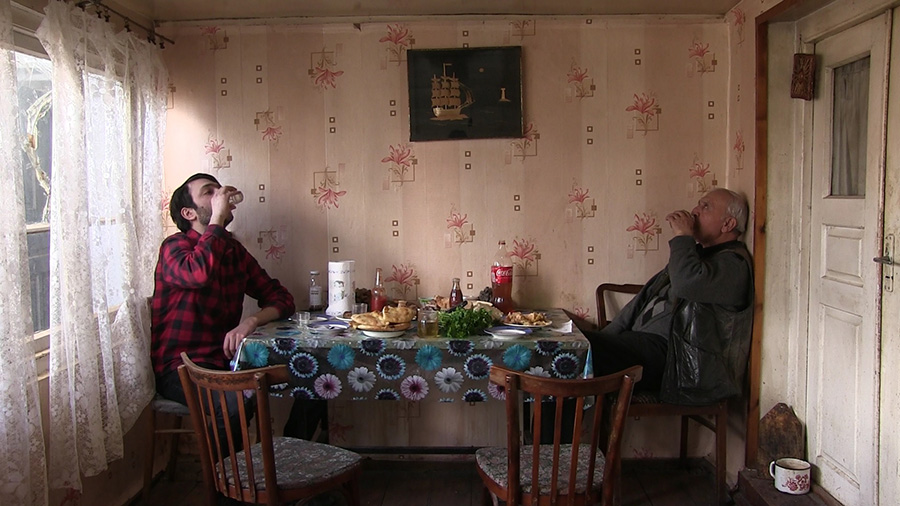 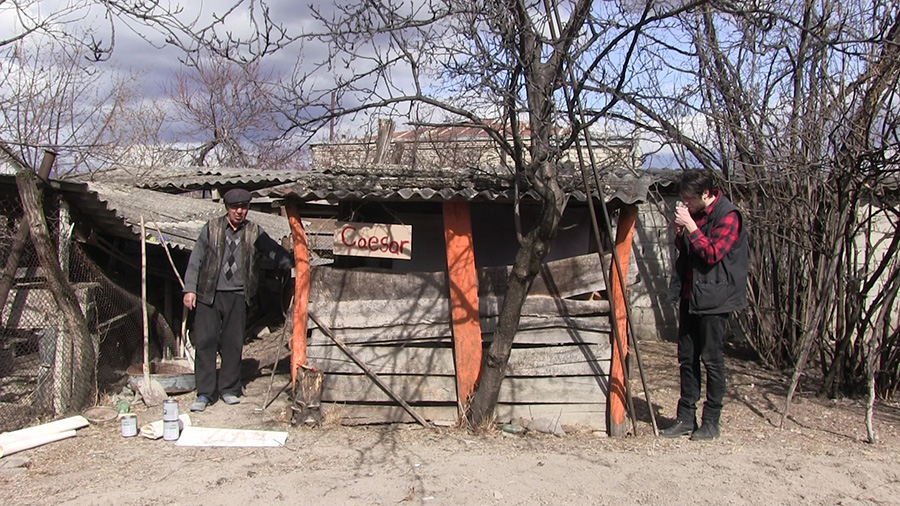 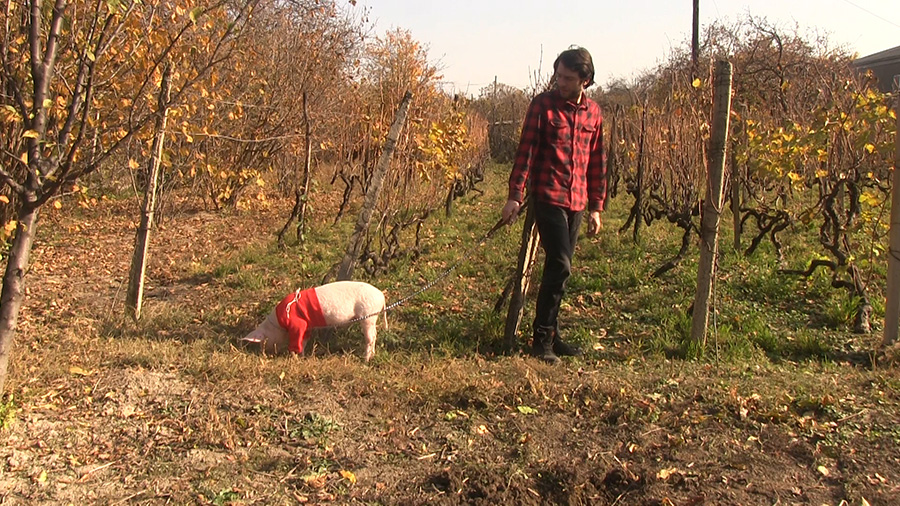 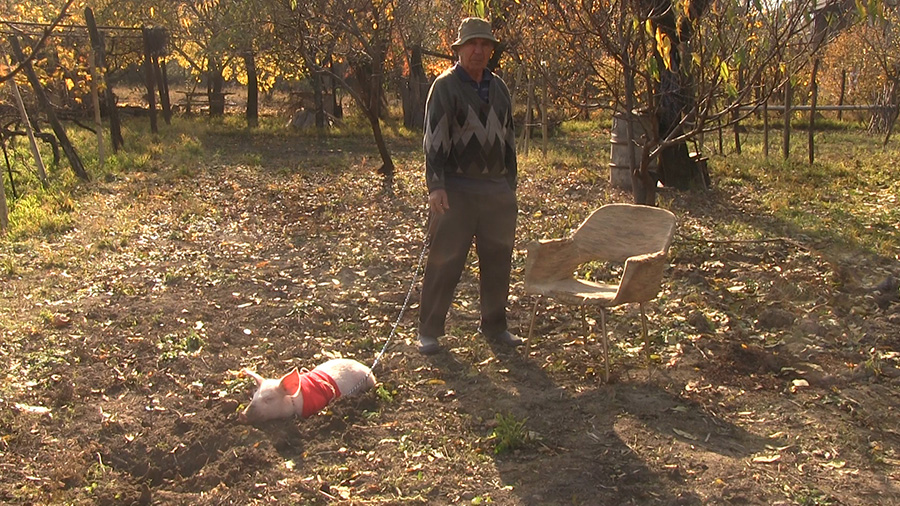 Why Pigs Don't Have a Name?!

This is the story of an ordinary piglet bought in a Telavi cattle market. Caesar was chosen randomly. He was lucky because the life he would live was absolutely different from the lives of other animals: he lives in a cozy pigpen, with the wallpapers inside and the colorful facade and he has everything a piglet could dream of but what is the difference between a pig who has a name and the other pigs who don’t?

A man buys a piglet in a small market in Telavi, Georgia and names him Caesar. The film begins with a strange consonance of Johann Strauss II’s waltz music and the sound of a crying pig, and records the process of raising a pig in a rural village. From the start, the pig is more than a livestock to the owner. Thanks to his care, the pig has a name, enjoys occasional walks, wears warm clothes in the winter and lives in a sty with wallpapers. The relationship between the man and the pig as well as their lifestyle may appear out of place. Generally, pigs are raised to be slaughtered, and the man is aware of the same tragic fate waiting for them. In the final scene, he dresses up in smart clothes and prepares to say goodbye to his pig in earnest. This ritualistic gesture proves that he has accepted the pig as a unique being, not just as an animal. Thus, the film seeks a way for all living things to co-exist in accordance with the laws of nature beyond the distinction between men and animals or humans and non-humans. [LEE Dohoon]