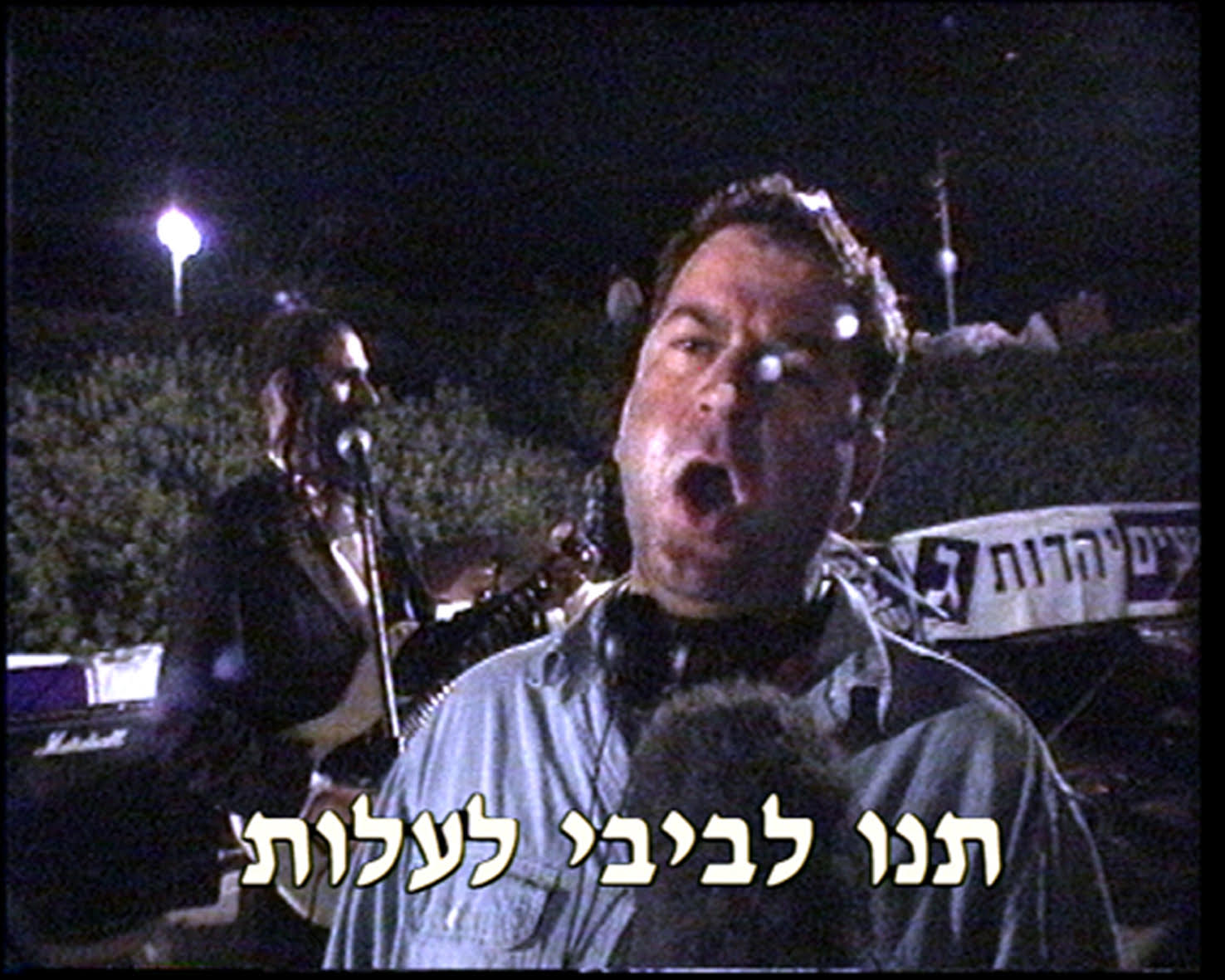 How I Learned to Overcome My Fear and Love Arik Sharon

Avi Mograbi, the Israeli filmmaker, paints a portrait of the highly contested political figure, Ariel Sharon. A kind of film within a film, this feature-length documentary tells the story of a documentary made about the Prime Minister and of the marital problems are created for a filmmaker who made it.

Listen to a man’s confession. Suffering from psychological fear, Avi Mograbi recalls his personal feelings in a kind of ‘performative confession’ in front of the camera. The story of his marriage to a woman who left him serves as a kind of allegorical device that revisits the reality of the relationship and the vulnerability of being in the world. Furthermore, Avi’s ‘favorable yet disparate’ interest towards Arik Sharon, Israel’s war hero and top politician who played a key role in the Sabra and Shatila massacres in Lebanon almost devours his personal life like the tragedy of Samson. These two seemingly separate emotion(s) are divided within one cinematic format and remain a cognitive instance, serving as an important event that constitutes a ‘serious’ comedy. His thanks and friendship for his wife who supports his ethical and political beliefs, Avi’s left-wing views, obsession and fear brought about by the change in perception towards the butcher of Beirut or the war hero of Israel, what Emmanuel Levinas referred to as ‘the face of the other’, others who resemble us, excuses and OK, fubar and trauma, speech and rhetoric, divorce and forgetting, blush, exceptions, territories and occupation – the moment for each of these emotion(s) calls forth again, through the so-called ‘auto-immune’ (Jacques Derrida), Israel’s empirical and ideal memories of history, which allow exchanges with conditional transactions both in and out of law and religion and are institutionalized. It reduces the psychological mechanism of Zionist fundamentalism – violence, repentance, forgiveness and reconciliation – into a certain historical ecosystem.

Presented with an executive monologue as a practice of free will or a self-confession, Avi Mograbi’s fictitious dramaturgy and records and interviews in the style of cinéma vérité invoke memories that seem unrelated to one another. This in turn reveals a myth i.e. a small phenomenon and ideology found in one’s everyday life and Israel, and a system of romantic pathos. Ultimately, the director’s personal confession about his failed marriage and Sharon in the center of the 1996 election campaign of the right-wing Likud Party remains an uncontrollable gesture of madness. The film’s ending sequence takes place on the beach of Bat Yam, a city located on Israel’s Mediterranean Sea coast. The election campaign of a Zionist rock band in support of Netanyahu and Sharon of Likud Party is in full swing, and Avi joins their absurd act on the stage as if to declare that all these emotions are signs of insanity. We witness the psychological topography of Israel’s modern history as well as Avi Mograbi’s ironical world. [RHEE Hun]