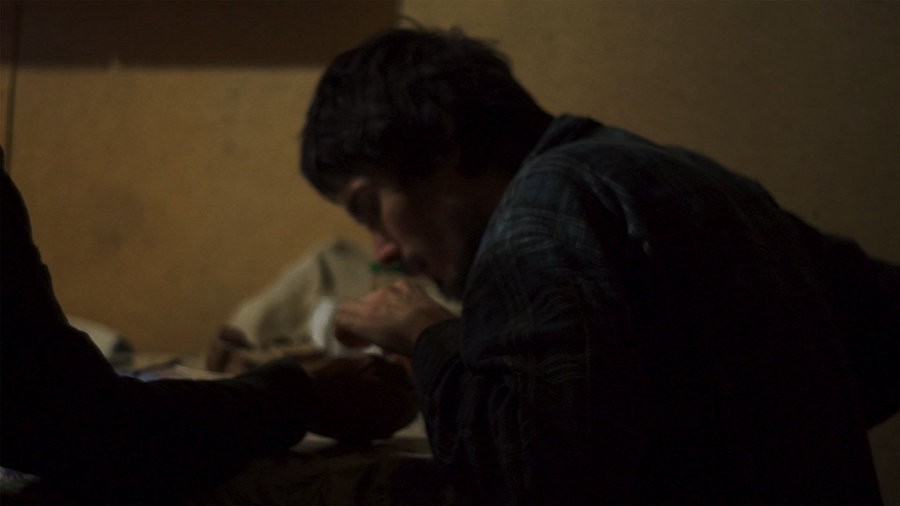 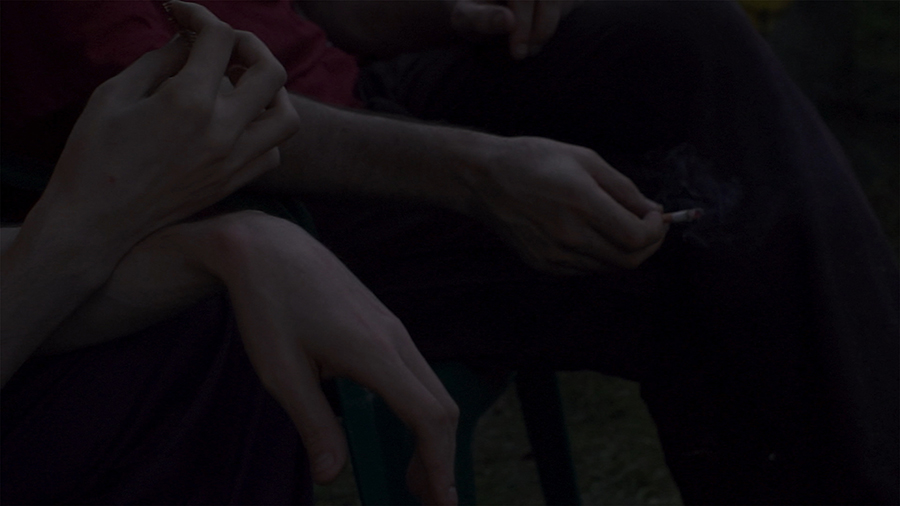 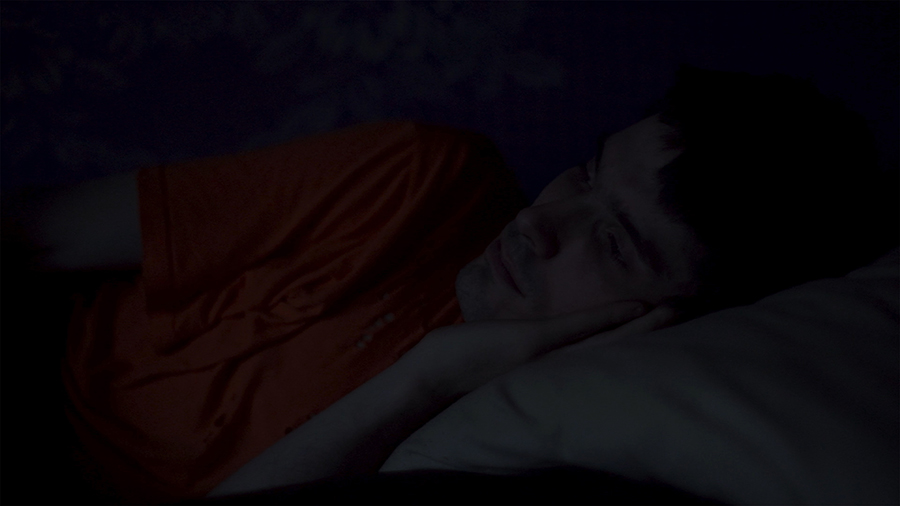 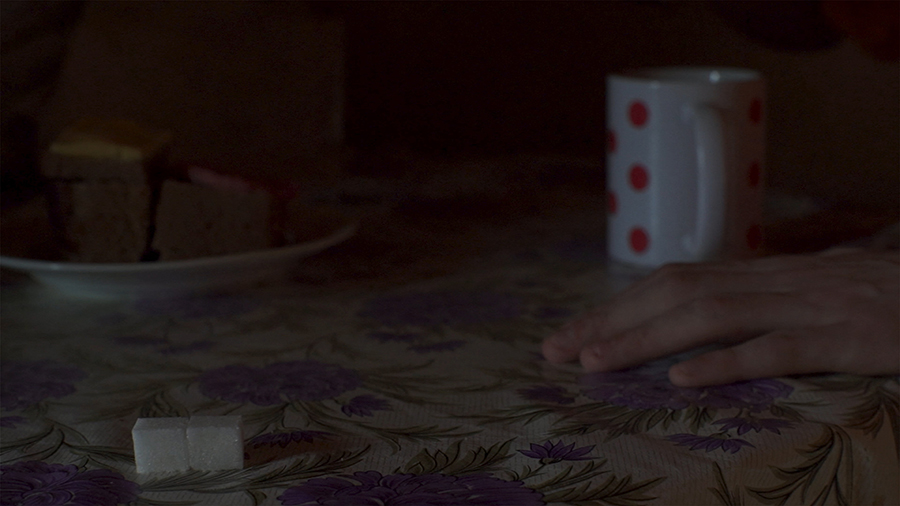 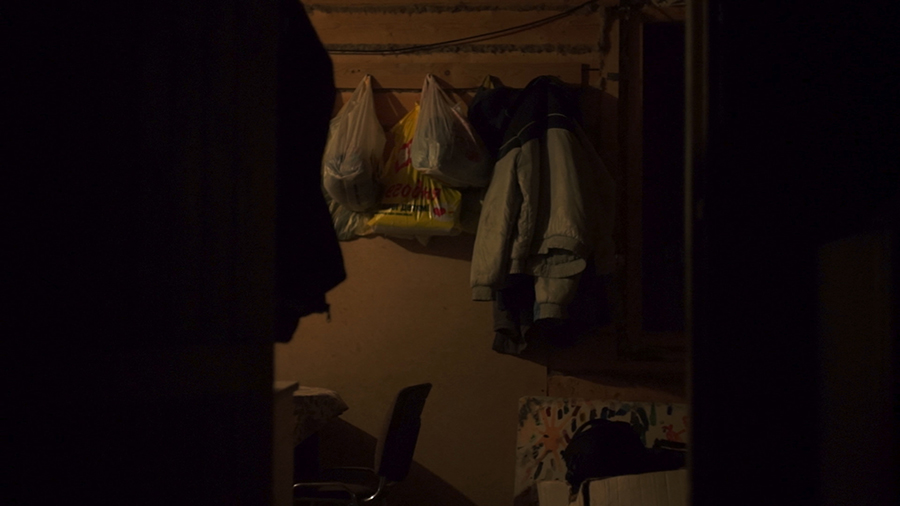 The Wolf and the Seven Kids

In a desolate cabin, there is a father and son. The distance between the camera and its objects is so close that what is shown to us is nothing but a glimpse of bare skin exposed while changing, foods on the table, a cigarette held in a hand, etc. As time passes by unintelligibly, the rhythm of repeated and enlarged acts becomes a ritual for the audience.

In a cabin located in the wood, there are a father and son. The camera keeps showing us the son. The distance between the camera and him is so close that we can only see some parts of his body, such as his face, hands, and legs. or some objects, such as the cup which he holds in his hand or some foods that he eats. All he ever does is murmur or howl instead of any spoken words. The voice which speaks throughout the film belongs to his father whose face is not shown to us. He lets his son wake up, change clothes, eat meals, tidy up the house, and then, it happens all over again. While there is no clue provided to us for what is going on, we somehow come to realize that the repetition itself matters to father and son. It is the mission and burden of the father to make those whole repetitive practices as a daily routine, and this precisely explains the reason of their isolation. The camera captures only parts of the body or other objects, instead of delivering overall description of the space in which the routine is practiced. Thus, the isolation, pressure, and anxiety shared between the two are passed onto us in a most effective way. [Hwang Miyojo]