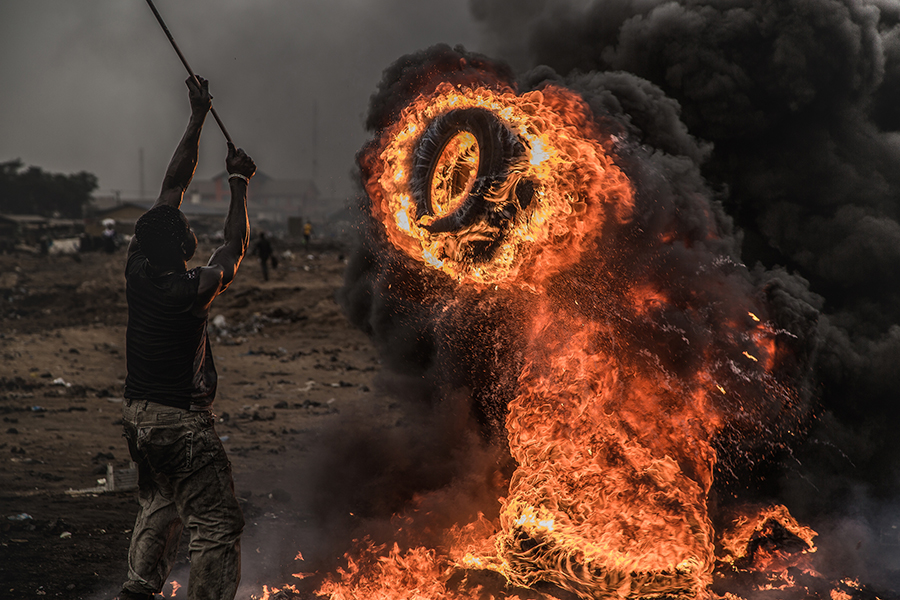 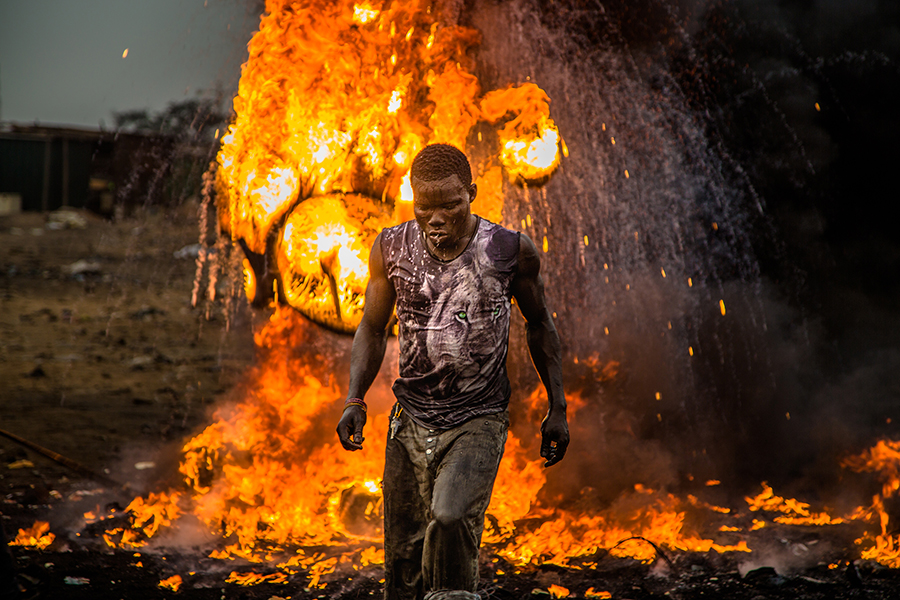 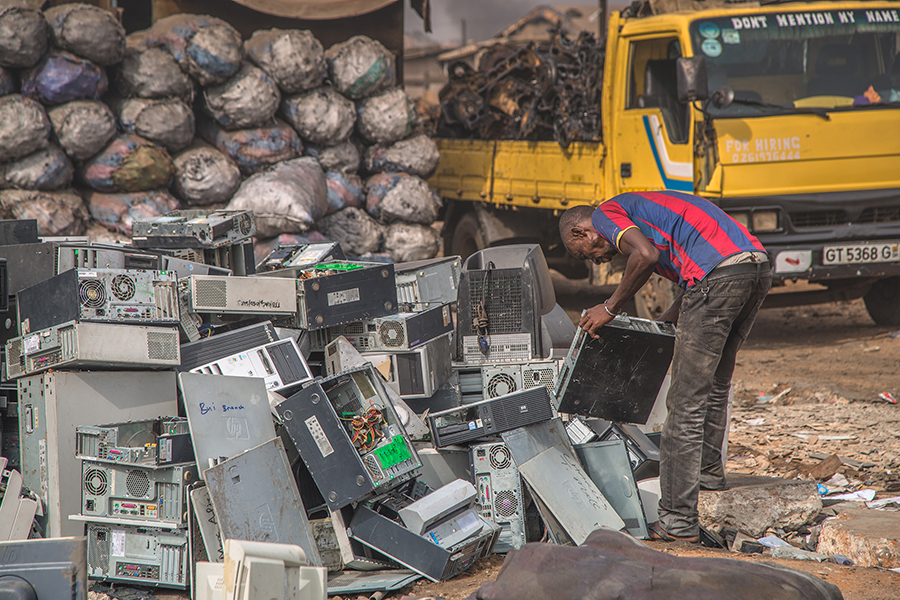 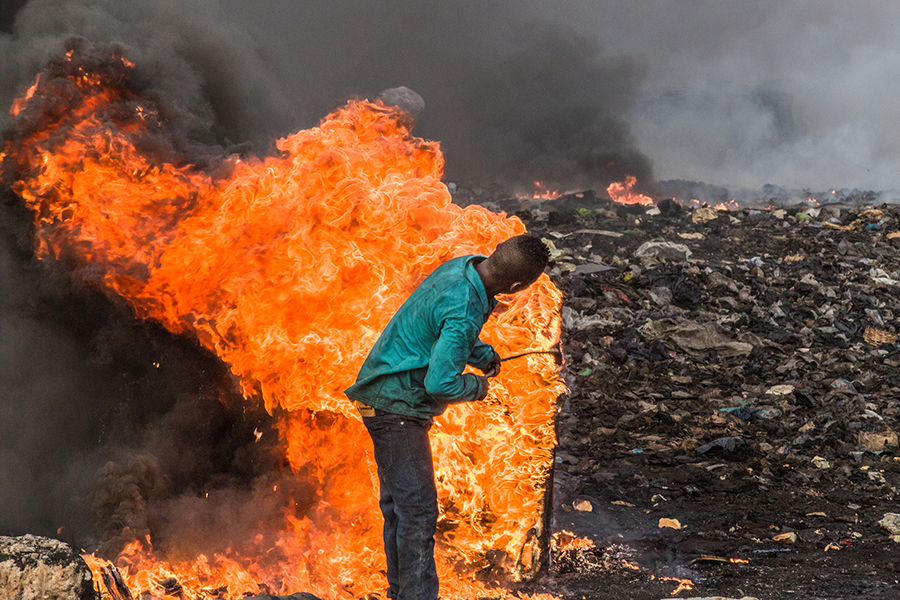 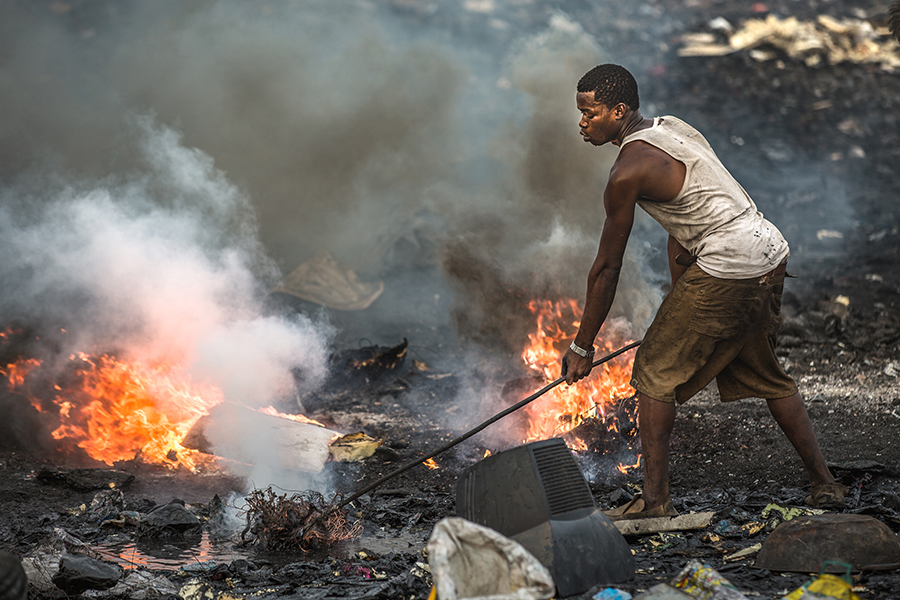 There is a huge place in Ghana, where garbages of electronic devices gather from all over the world. The scenery of this place seems like one of those near-future-based Sci-fi flicks: slopes of plastic and metallic objects—taken away from deserted mobile phones, computer monitors, TV sets, air-conditioners, etc., and incinerating smokes, and barren earth. Meanwhile, people living in here have their own sets of troubles and dreams.

Garbages gathered from all over the world do not just disappear, but build up a Sodom in some elsewhere. There is a dumping ground in Accra, Ghana, where all the electronic garbages from all over the world get together. The film starts with the close up of the skin of a chameleon, and then, the camera pulls back to show that the desert in which the chameleon lives is that of deserted electronic devices. It is almost a snapshot of the wretchedness in which chameleons, goats, cows, and people strive their own way out to survive, entangled with each other among piles of garbages, over a tiny pond of rotten water, and around incinerating garbages. The film does not seek to explore the origins or routes of these garbages, and the subsequent global-scale inequal status of development and unfair history of industrialism. Instead, it follows the way how the people lead their own lives in this Sodom. Their lives seem to be desperate, wise, and sometimes joyous. The gender hierarchy functioning in the midst of their own way of survival is another interesting aspect shown in this documentary film. [HWANG Miyojo]