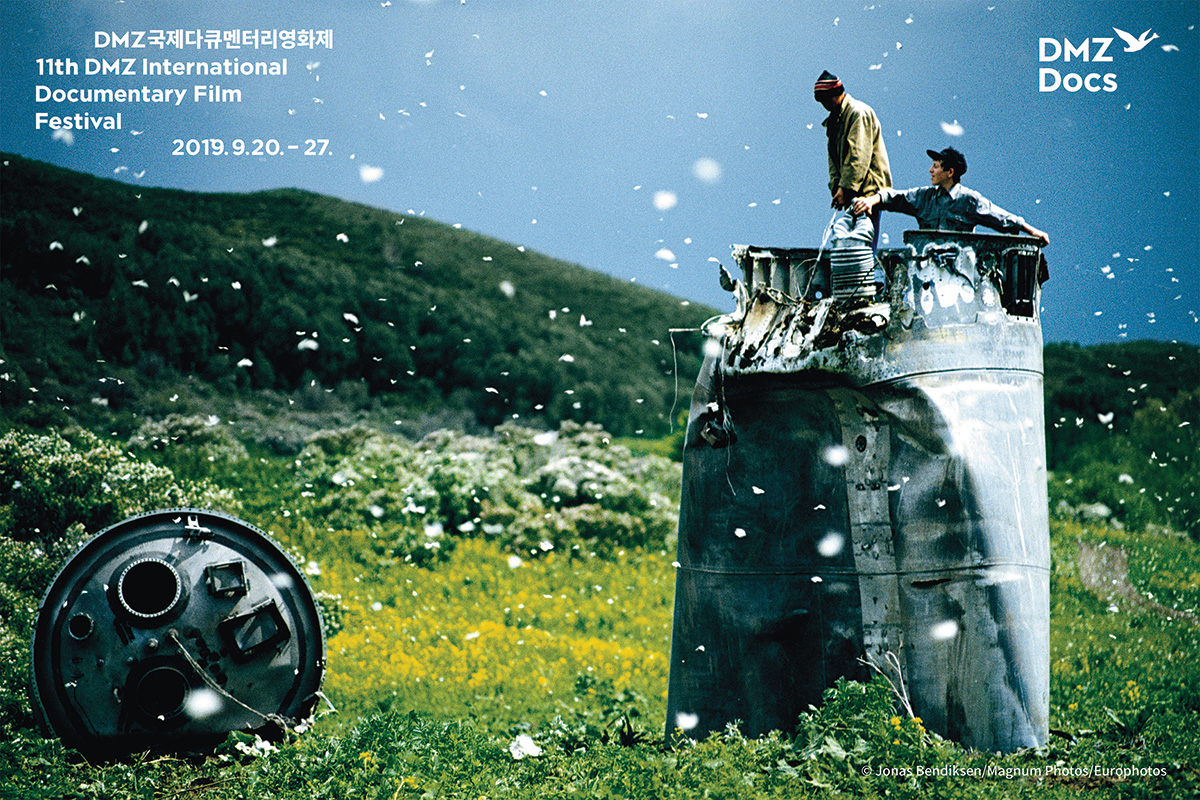 The photo selected for the 11th DMZ International Documentary Film Festival is one of ‘Satellites’ series by Jonas Bendiksen (1977-), a notable photographer from Magnum. The photos of ‘Satellites’ were taken in Altai, Russia in 2001. As the Altai region is bordered by the former Soviet Union, Kazakhstan, Mongolia, and China’s Xinjiang Autonomous Region, the satellites launched from the Baikonur Cosmodrome in Kazakhstan often fall in the region. When the satellite debris arrives at the bordering villages, many people gather to create an extraordinary time and place to greet it. Magnum Photographer Jonas Bendiksen captured those exceptional fairytale moments that children and the satellites landed in the beautiful and peaceful landscape of the Altai region. Moreover, the cloud of butterflies scattered like white flowers all over the photo creates a real-life fantasy.

“It was when I was a novice photographer feeling everything looks so refreshing in my eyes. I didn’t really realize at that time that it was such a surreal and extraordinary sight to see, watching the space ship that just arrived (dropped from the sky) and the young farmers standing on it.” As Bendiksen said, when the ‘record’ of the moment leads to deep contemplation and reflection, the original meaning and influence get to be expanded infinitely. Keeping that in mind, the 11th DMZ International Documentary Film Festival selected this beautiful photo of a real-life fantasy as the festival poster this year. It is to treasure our hopes of getting closer to peace, although we need to confront the pain in front of us. We hope that each step of the world, including the South and North Korea, move towards the coexistence. 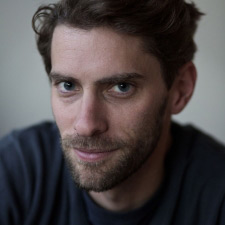 Jonas Bendiksen started working as an intern at the Magnum Photo’s London office at the age of 19. After finishing his internship, he spent several years in Russia and photographed a small town in the former USSR. The time he spent there resulted in his first photo book ‘Satellites’ (2006) and became the world-renowned artist.

The Official Trailer Capturing the Vision of the Festival - Looking ahead the ‘Next’ and Preparing for the ‘Soaring up.’

The official trailer is released to announce the new official Korean title of the festival to the public, and to solidify the festival identity as the international documentary film festival representing Asia. The trailer has the new logo image with the three primary colors of red, green, and blue (RGB) converging into the white light. Each color represents peace, communication, and life, which is the vision of the festival. The small pieces represent documentaries from all over the world, glowing as they contain the fragments of reality that exist in the world. Also, the big wave of the new representative color of the festival, blue, dynamically transforms and manifest the will of the festival to share and expand the original vision and value. At the end of the trailer, the symbol of the DMZ International Documentary Film Festival, Bekrogi (Snow Goose), flies freely as dreaming of soaring up toward the future.