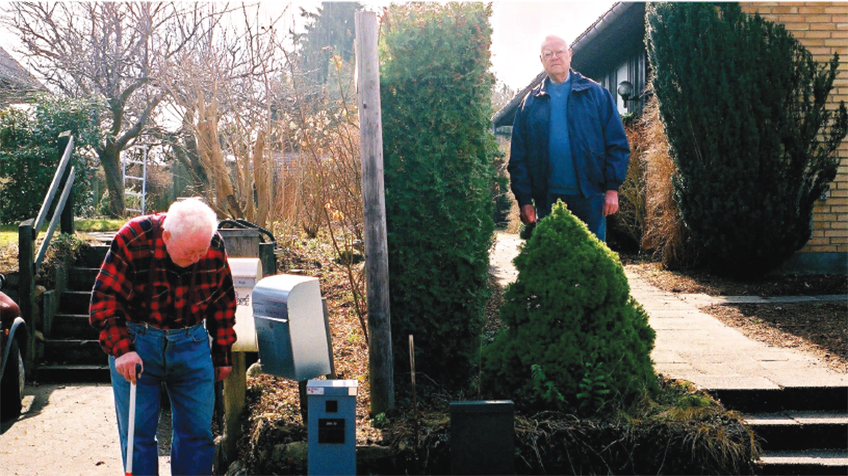 The Home Front is a delicate observation of a next-door neighbor conflict over the fence that separates two homes. The fence which draws the line between residential sites, has come to represent the hardheartedness of modern day society as neighbors raise their voices, even take each other court, over this simple sign of demarcation. Some are angered by the racket raised by the kids next door as they play in the yard; some explode over excess shrubbery unintentionally falling into their yard when the gardener trims the shrubs next door; another is flabbergasted when the next door neighbor, without permission, cuts the branches of a tree obstructing the view to the house next door. The film shows various examples of conflict surrounding a fence and an inspector’s effort to resolve these disputes. The utterly individualistic intolerance towards the violation of one’s privacy seems to be a trait of modern man, yet the director refrains from being overly serious, adopting a wistful tone which leaves space for us to reflect on ourselves. Using a single camera without any lighting, she captures the natural reactions of people against whimsical music (played on piano, violin, flute and bassoon) which dilutes the subjects’ ironic situations and sometimes absurdly childish fights. Eventually these conflicts are settled by the arbitrator, but it seems that such disputes, which occur at an average rate of 1,300 cases each year in Denmark, will never end. (CHUN Jin-su)