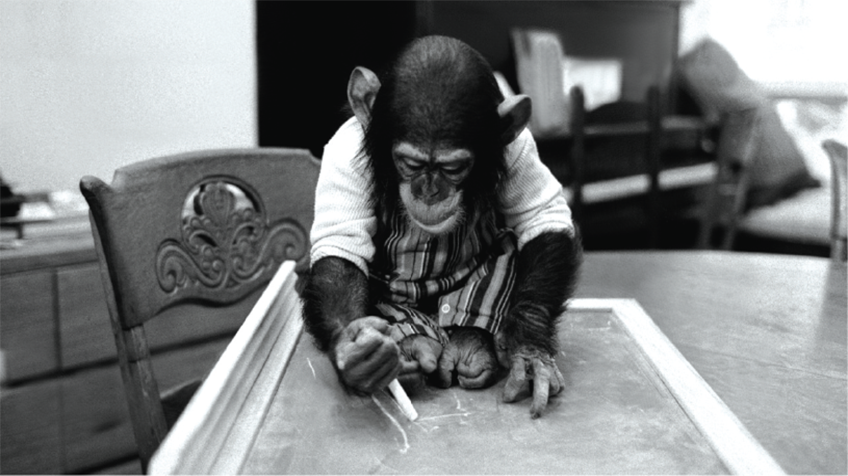 In the early 1970s an infant chimp was adopted by humans and raised in a mansion in Manhattan. He was named Nim and was brought to one of Columbia University’s labs as part of research into animal language acquisition. His full name was Nim Chimpsky. Obviously, the name implies that the whole study was to refute Noam Chomsky’s thesis that language is unique to humans. Their hypothesis was simple: if an animal was raised in the same environment as humans, it would acquire language. Nim was brought up just like human babies – he even wore diapers and had human breast milk – and learned human language. The early results were breathtaking. He was able to use more than 100 sign language gestures and communicate with humans. The media went frantic over this and the researchers were ecstatic. However, it took less than a year for that to fizzle out. As Nim grew into adulthood, he started to become more vicious and wild. The researchers were helpless to explain this since they had ignored the fact that he was a separate entity with his own uniqueness. Nim went from one place to another and ended up in a small cage. How a human-centered worldview and incomplete faith and arrogance in humans can trample the life of an animal is vividly testified in this film. Director James Marsh is the front man of team Errol Morris and has an Oscar under his belt for the previous work Man on Wire. He touchingly portrays the turbulent life of the chimp with great technique. (KANG Seokpil)