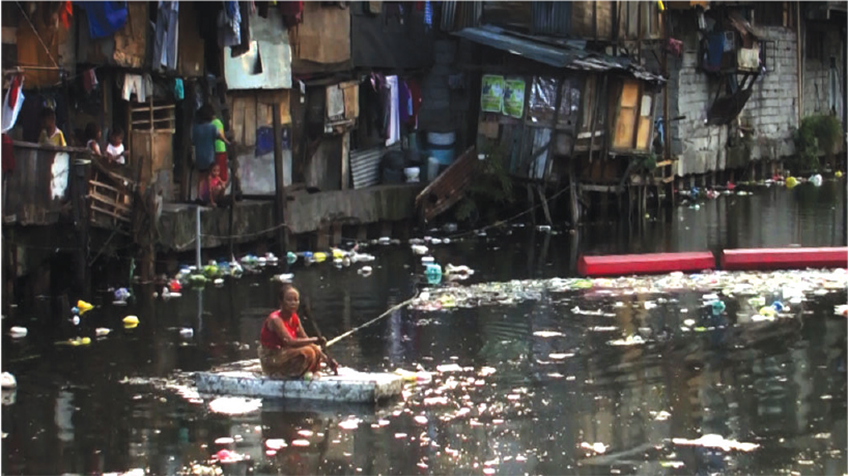 Water ghetto is an engaging observational documentary about informal Muslim settlers living on a canal at the back of Malacañang Palace, the official residence of the president of the Philippines. Fitumanan and Minombao both have lived with rigid principles and convictions although they are far from Mindanao, yet the urban reality is far from the expectations of a ‘better life in the capital city’ that they had when they migrated to Manila. Fitu makes a living by collecting plastics on a Styrofoam boat while Minom has been bed ridden for many years. When the government plans to demolish their shanties, they are cornered. What options do they have as they face the loss of their humble home? Minombao gets on a ferry to Mindanao, but Fitumanan decides to remain. The film captures the life of informal Muslim settlers as religious minorities in the Catholic Philippines by quietly observing the course of their struggle against the demolition plan. It is dedicated to their broken hope. Water ghetto delivers the stunning moments that only observational documentary can seize, and it makes us anticipate this young director’s next project. (PARK Sohyun)