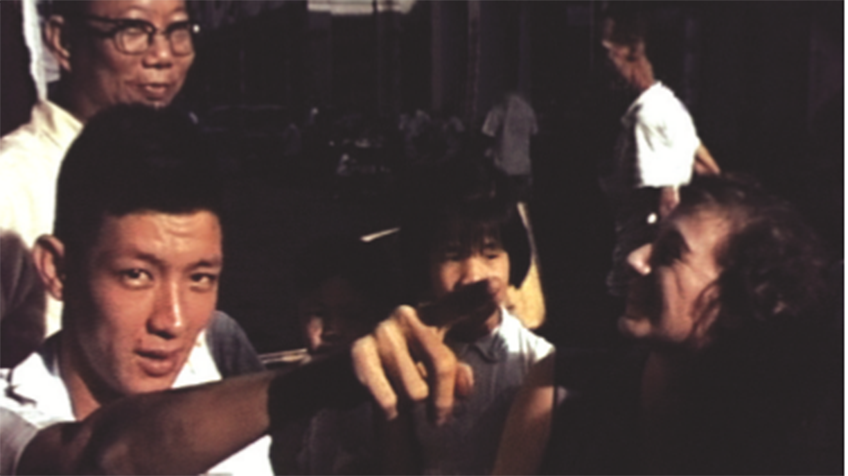 Invisible City is not a tightly constructed documentary but a collection of loosely assembled fragments about those who document Singapore. Director Tan Pin Pin’s protagonists wrestle with the traces of time as they seek out enduring forms to preserve their memories and records: A retired medical scholar digitizes his silent 8mm footages of early 20th century Singapore and tries restore his imperfect memory by recording audio commentary over them. A former Chinese school activist seeks to revive a forgotten chapter of the national history with his old photographs. As one who also documents Singapore, Tan follows their trajectories and visualizes their version of the past with but another form: the digital camera. By doing so she creates a personal archive “against the passing of time and the atrophy of memory” that can probe historical blind of Singapane. In that sense, Invisible City documents her fellow past-diggers’ documenting and makes an interim report about her own ongoing process of building up an archive. Moreover, she poses some critical questions in constructing archives based on her protagonists’ efforts. Is an archive a personal or a national possession? How can personal archives survive state intervention, and especially institutional or self censorship? The answers are ongoing in the film as the protagonists’ documents begin a journey from their dusty study to join Singapore's collective memory. (PARK Sohyun)