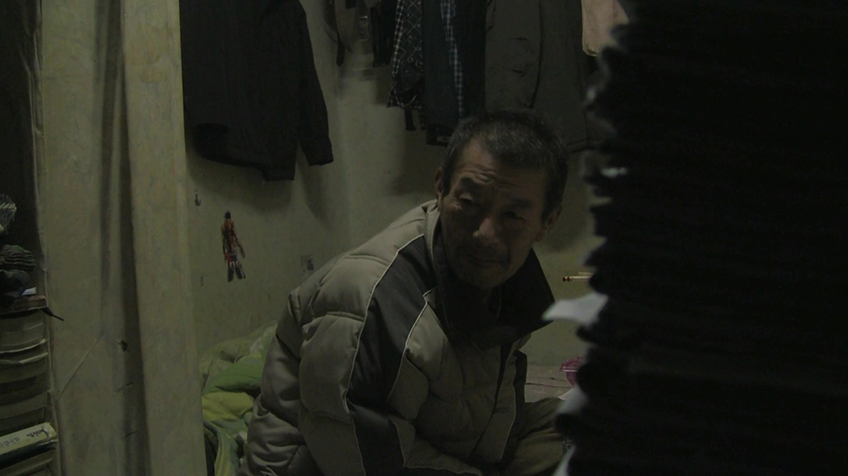 Let Me Know Who I Am

St. Francis School located in front of the Seoul Station has provided humanities classes to the homeless to assist them in recovering their sense of self-respect through various lectures on liberal ar ts, philosophy, ar t histor y and creative writing. Let Me Know Who I Am meticulously follows 1 full year of freshmen who join the school in 2010. Many quite even before the end of the semester, but the remaining students including Bae Ho-jin, Ohn Jong- guk, Jeon Tae-sun and Lee Hyung- cheol stay behind and earn the oppor tunit y to look back at themselves and slowly change as they at tend class and cook meals together. The ﬁlmmaker who volunteered to work at the St. Francis School chooses to focus on this changing process rather than linger on each character’s stor y. T he students slowly bare their souls to the ﬁlmmaker as they open up. However, the ﬁlm isn’t just a documentation of the students’ daily lives. Instead, it creates a wist ful tone as the characters and the ﬁlmmaker’s narration which slips in once in a while reveals the unprotected realit y of the homeless as well as the government’s unfounded budget downsizing of programs to suppor t their rehabilitation. T his is perhaps why this ﬁlm instills a strong desire for hope but still leaves a bit ter taste in one’s mouth. (HUH Kyoung)