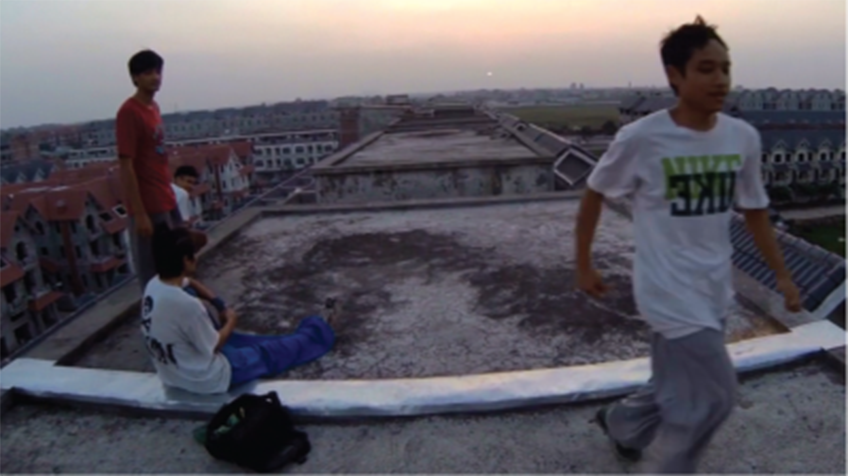 Climb up, let’s jump! The fields are green and the houses grey. We’re all small. It feels like the pores of my skin have become gigantic.