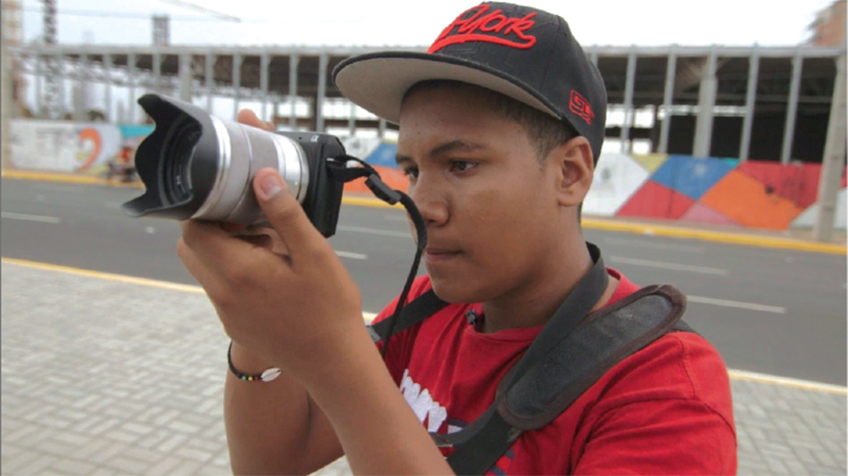 That hosting international events such as the World Cup or Olympics contributes to national interest is familiar rhetoric to most people. Fourteenyear-old soccer fan Gabriel is overjoyed that his country Brazil will be hosting the World Cup games. But he soon learns that the World Cup is not a party for all. Using his camera and blog, Gabriel exposes the real Brazil World Cup, not the glamorous event publicized by FIFA. And his reports resemble the scenes that took place in South Korea, where homes were demolished to build stadiums and roads for the Seoul Olympics and street vendors were outlawed in preparation for the 2002 World Cup. Gabriel’s village was razed to make way for a railroad to transport tourists, and his family and neighbors were ripped apart. The huge new soccer stadium took up the spaces where kids used to hold their own soccer games, and tickets to the World Cup games were much too expensive for them. The beauty of Gabriel’s reportage lies in the children who start up a movement to address their depressing circumstances. Instead of waiting for grownups to do something on their behalf, the children take action to do what they believe is the right thing. Gabriel sets up a makeshift theater in an alley in his neighborhood, and does not forget to set out popcorn and lemonade for his young audience. Sometimes there is so much that adults can and should learn from the way children see the world. (Ji Min)