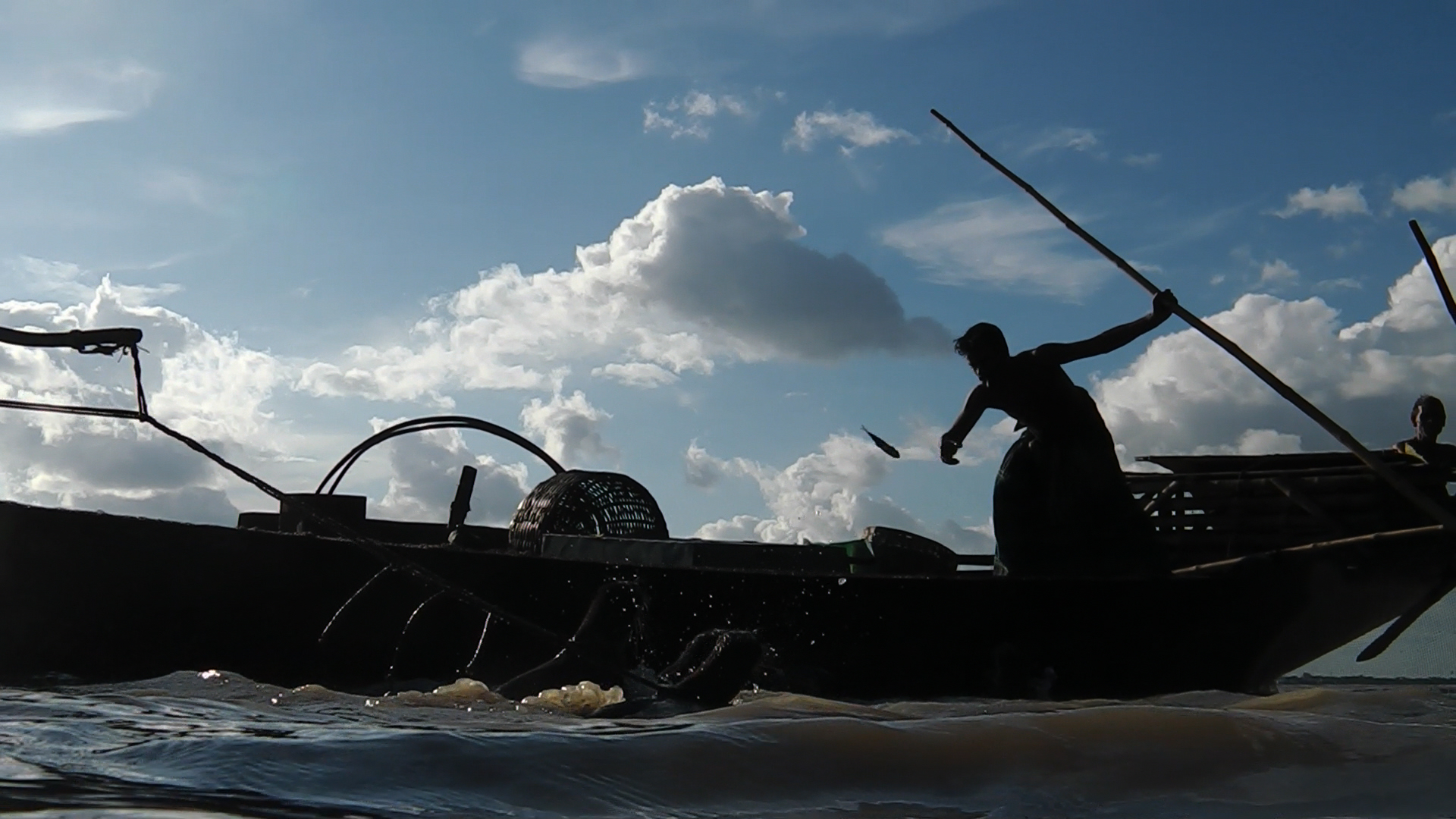 The Shadow of Sundarbans

‘Sundarbans’ located along the Bay of Bengal, Bangladesh is a wildlife reservation one restricting any human entrance. However, locals risk their lives and enter the forest of death in order to make a living. Beast and humans are on the brink of clashing when locals venture out deep into the woods to the tiger’s natural habitat while the tigers roam into the village. The quest for survival between humans and the tigers turns into a tragic encounter. What will happen in the end?

The vast coastland Sundarbans located near the border of India and Bangladesh is a delta that boasts impressive width that can be compared to the likes of the Nile and the Amazon River. Carrying the meaning of ‘beautiful forest,’ Sundarbans is the world’s largest marine reservation where various sea and fresh-water species, tigers, alligators and sharks co-exist. Then from one point on, the Bengal tiger began attacking and devouring humans. These tigers who used to avoid confrontation with humans and were worshipped have long become the subject of fear. Sundarbans as one of the most underdeveloped areas in India, villagers chose to enter the jungle in order to survive the harsh environment surrounding them. They trained otters to catch fish, and as these wild animals became domesticated, they lost their ability to live in the wild. Hunger was barely satisfied by risking their lives raiding bee nests or catching whatever fish they could. However the more serious problem

following the destruction of the jungle by humans was the vicious cycle of tigers venturing into the villages and the villagers having no other choice but to kill the tigers. The tigers and humans become both the victimizer and

the victim. <The Shadow of Sundarbans> is an informative documentary which presents the realistic images of conflict between humans and wildlife occupying Sundarbans, a UNESCO world heritage site while bringing more

depth through detailed explanation. The cameraman’s boldness is conveyed through the up- close-and-personal coverage of images ranging from a mangled man’s face and body after being attacked by a tiger, a fisherman’s

distressful regrets over losing his otter, hunters gathering honey without any protective gear to various wildlife such as cobras, tigers and alligators. The story of the otter family brings a moving smile to the face. And through

this all, it seems obvious in the end that there definitely needs to be an institutional device to resolve this endless conflict between wildlife and humans. [Jeong Min-ah / Via: 4th DMZ Docs]​